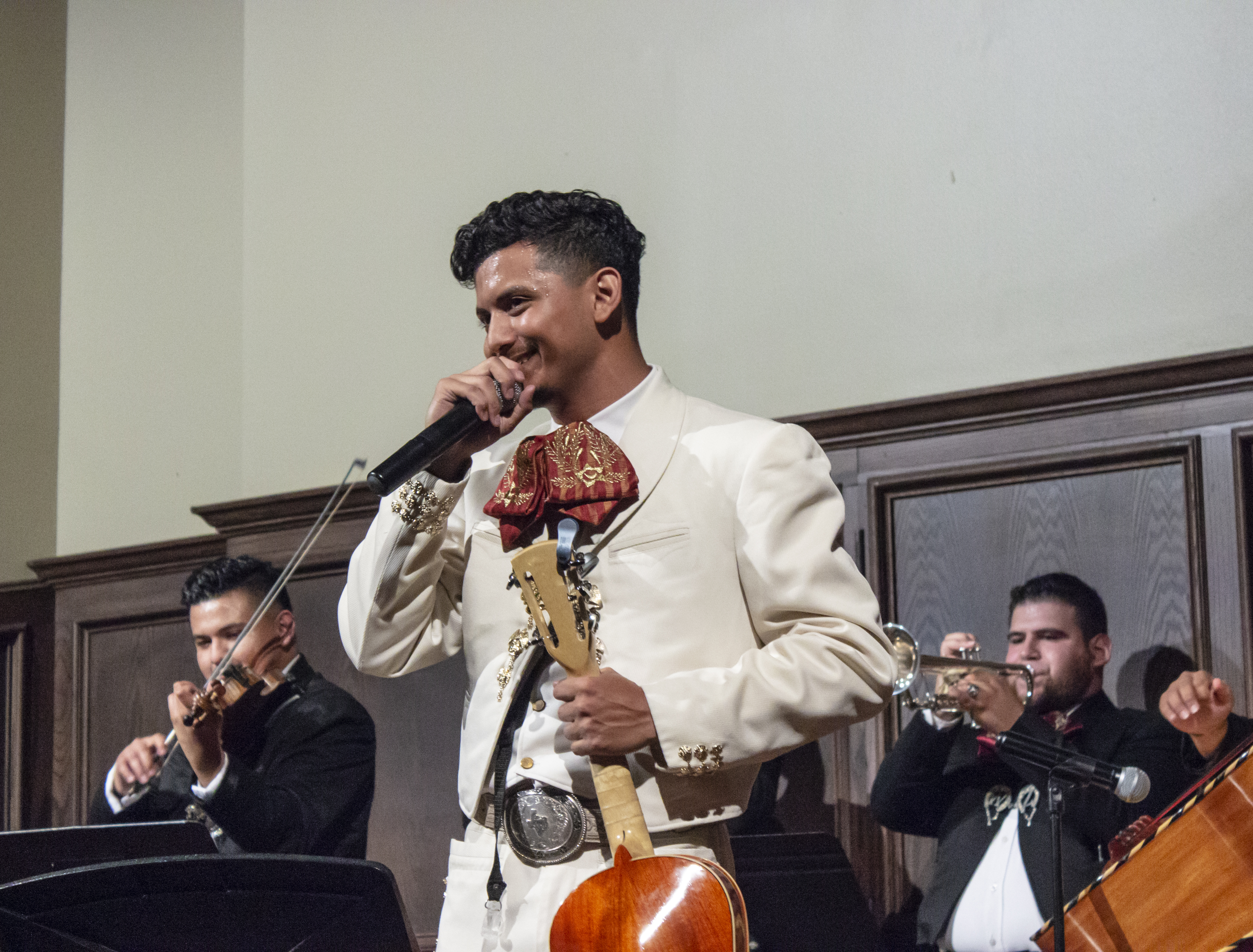 Alex Ruiz ’22 hopes to share his passion for mariachi music with the college community by forming a group on campus. (Photo Courtesy of Ashley Saldivar).

When Alex Ruiz ‘22 packed up and moved from Houston, Texas, to Easton to begin his first semester at Lafayette, there was one thing he made sure not to leave behind: his passion for mariachi music. With this passion and years of experience under his belt, Ruiz hopes to bring mariachi to the college.

Coming from Houston, where mariachi culture is lively and popular, Ruiz has grown up around the traditional Mexican music. Ruiz’s extended family comes from Terreon, Mexico, and his parents were the first in his family to immigrate to the United States.

“I have two older brothers, so they were the ones that started doing it first, so I was always around when they were going to rehearsals. At first, I didn’t pay much attention to it, but then I started picking up on it because they were always listening to mariachi,” Ruiz said.

When he was just six years old, Ruiz’s mother got him his first vihuela, a type of Spanish stringed musical instrument which is one of several instruments included in the mariachi band. From there, Ruiz began taking private lessons in vihuela at MECA, the Multicultural Education and Counseling through the Arts Center in Houston.

According to Ruiz, MECA is a place where people of minority groups in Houston can get involved in the arts. At MECA, Ruiz also practiced Ballet Folklórico, a type of traditional Mexican dance, for many years.

From MECA, Ruiz moved on to PVA, The High School For The Performing And Visual Arts, where he studied mariachi for all four years of high school.

Since PVA is specifically an arts-focused high school, the curriculum is based around a student’s art focus. According to Ruiz, three hours each day are dedicated to a student’s area of focus. For Ruiz, that area was mariachi.

“Not only did you have to balance your art area but you had to balance these rigorous academics… But it was just a cool experience to be around artists, like in my classes I would have theater kids and visual artists too,” Ruiz said.

Coming to college, Ruiz knew he had to bring mariachi with him and has hopes to formulate a group on campus in the near future.

Although Ruiz has plans to form a group, he has been surprised at how few people know about mariachi.

“It was definitely a prominent thing in Texas like just being around mariachi and being in competitions…I knew that it’s not something big out here, but I’ll tell people here I do mariachi and they’re like ‘what is that?’ [and] that’s what got me inspired,” Ruiz said.

Ruiz recently connected with Professor Jorge Torres of the Music Department, who he anticipates will help guide him in hopes of forming a group.

“There are not many colleges that have non-western music ensembles, and so this would be another way for Lafayette to distinguish itself as a leader in campus and cultural diversity,” said Torres in an email.

Currently, Ruiz is working on bringing his instrument to Easton, which is still in Houston. While he has plenty of music files to get started, Ruiz says “it’s just getting the people and getting that initiative started.”

Ruiz hopes to create a group that will eventually rehearse and put on performances for members of the campus community. He notes that while mariachi isn’t difficult to pick up, the hard part is “letting loose.”

“The thing about mariachi music is that it’s beautiful music because it comes from the heart and you can feel the music….that’s what I always loved about it because I’m someone that feels a lot,” Ruiz said.