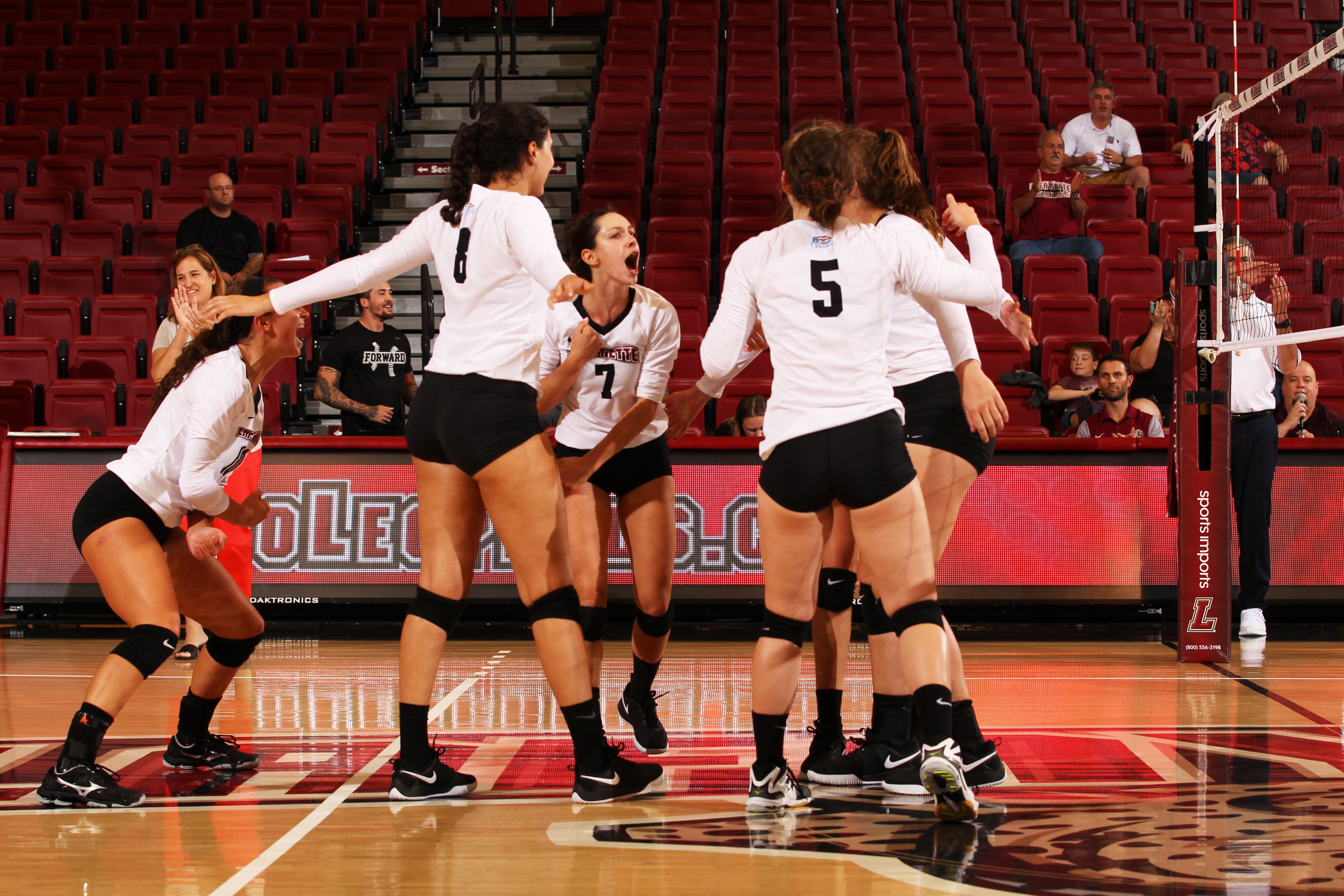 Volleyball dropped to 2-7 on the season after being swept in the Dartmouth University Tournament. (Photo courtesy of Athletic Communications).
The volleyball team recently wrapped up the Dartmouth University Tournament, in which they went 0-3, losing each game 3 sets to 0.
The first matchup was against Boston College, with Lafayette improving by three points each set. The first game went 25-12 in BC’s favor, then 25-15, then 25-18.
The Leopards put up more points in their bout with Dartmouth, but still lost in straight sets, scoring 16, 22, and 17 points respectively.
Siena was the Leopards’ last opponent of the tournament. The first two games were close, with 25-18 and 25-22 decisions in favor of Siena. Siena finished off the games with a 25-15 victory to keep the Leopards winless in the tournament.
The Leopards have improved compared to last year, with two wins so far, nearly halving the five from the 2017 season.
One of the team leaders has been freshman Grace Tulevech. Tulevech leads the team with 99 kills on the season.
“It’s fun,” Tulevech said. “It means a lot to me that my coaches think so highly of me and think I’m capable of playing at this level. It makes me and my teammates want to work harder.”
Freshman Leanna Deegan, who was nominated to the all-tournament team in the Crosstown Tournament was also nominated to the all-tournament team at the Dartmouth University Tournament. Deegan ranks third on the team with 78 points.
“I was really surprised to be nominated to the all tournament team,” Deegan said. “I couldn’t have gotten there without my team.”
Junior Julia Howard has been a standout on the team with 260 assists out of the team’s 303 total on the season.
The team’s home opener is on Friday, Sept. 21 at 7 p.m.