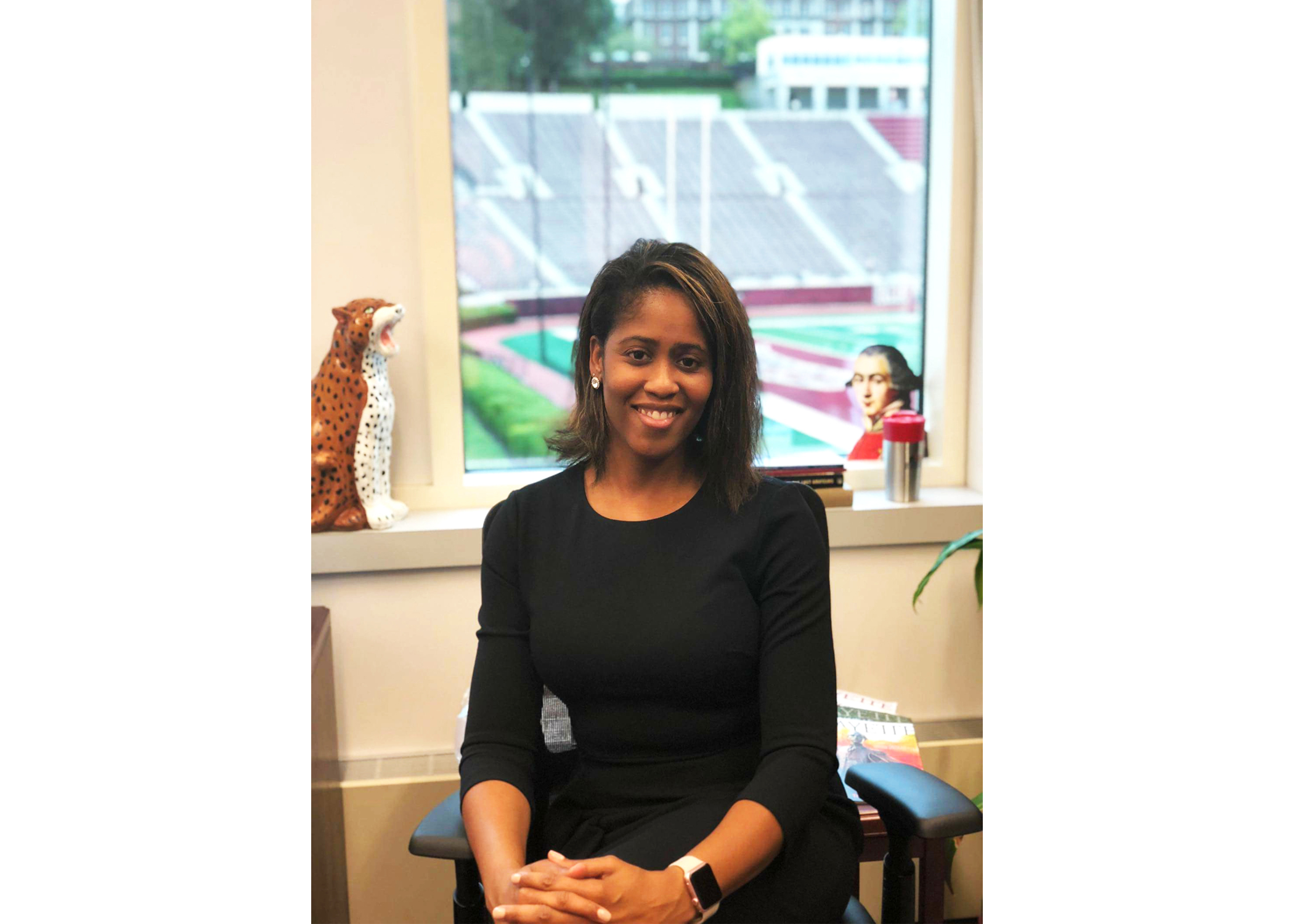 Athletic director Sherryta Freeman is looking forward to improving the student-athlete experience at Lafayette and to unveiling her strategic plan for the department this fall. In the short term, however, she’s hoping to take the court in a game of pickup basketball.

“[Coaches] have been asking me ‘When are you going to play with us?’ and I intend to,” Freeman said. “Really for the first six months, I’ve really needed to dive in with my being into the role I have as Athletic Director…so I don’t have a lot of time to play pickup at 12 o’ clock,” and, in addition, she has wanted to make sure she’s in good enough shape to not get hurt. Now that she feels like she’s where she wants to be, though, “it’s just a matter of creating the time.”

Freeman took the reins of the Lafayette Athletics Department on Feb. 19, 2018. Freeman sat down with The Lafayette and discussed her journey from student athlete at Dartmouth to athletic director at Lafayette, and how her experiences along the way have affected how she’s led the Leopards’ programs thus far.

Freeman said before earning her job at Lafayette, she wanted to be an Athletic Director at an institution like the college, which she said is similar in its academic-athletic balance to her Ivy League alma mater. A former student athlete herself, Freeman said her coach really cared about her experience in college, which has impacted her leadership style.

Improving the student-athlete experience has been a focus of discussion among her and her staff, Freeman said. While she looks to balance the responsibilities that already come with being athletic director, she said she recognizes the fact that there are not many people of her background in the same position—and that adds an extra impetus for her to perform excellently in her role. Upon accepting the job at Lafayette, Freeman became one of just 12 women of color to hold Athletic Director positions at Division I colleges.

“I understand that there aren’t many African-American women, and even men for that matter, who are currently Division I athletic directors, so my task is to do a good job for myself, but also because I know that there are a lot of up-and-coming people who look like me who want to believe that it is possible to sit in this seat,” she said, “and the better job I do…I hope, the easier it becomes for the next person who looks like me to sit in this seat.”

Freeman recognizes the importance of highlighting achievements by African-Americans in the world of athletics and beyond. The year after graduating from Dartmouth, Freeman was a part of the Ivy League Black History Celebration, an online publication, as an interviewer when working at the Ivy League office.

“Part of my role was to interview African-American student athletes from all eight institutions and create a montage of stories about what they did as student athletes, but also what [they are] doing today” Freeman said. “It was a great project to be a part of.”

As for her endeavors at Lafayette, Freeman said she is in possession of the completed review of the athletic department conducted by an outside consulting firm that began under former athletic director Bruce McCutcheon. She added that her team is using it to strategize for the future.

She said that due to the confidential data in the review, it will not be publicly released. However, Freeman said some of it will be shared at some point, so people can understand the process. The review’s purpose was to gauge the college’s competitiveness and to help find out ways to increase it.

“Really the goal for me is to think about the future, so obviously you need to have an appreciation and understanding of where we’ve been,” Freeman said. “While the review is certainly helpful to understand where we’ve been and start to move forward, I want to think about changing the culture and being able to support our programs better, creating more positive student athlete experiences, all those things are important for me as we look to the future of Lafayette athletics.”

Besides staying in contact with her coach from her time at Dartmouth, Freeman is close with several other coaches she met over her time working in athletics before landing at Lafayette, including hall of fame coach John Chaney and longtime Philadelphia 76ers player Aaron McKie.

Freeman said her favorite memory as a student athlete was a special Ivy League Tournament win.

“I don’t remember whether it was ’99 or 2000, but we ended up cutting down the nets on my birthday,” Freeman said.

She’s still working on personalizing her office, where her decor so far doesn’t extend much further than diplomas on the walls.

“It’s starting to [feel like home]”, Freeman said. “The office is not quite home yet because I haven’t done much decorating, but I spend a lot of time here, so it is [a] kind of home, and I live on McCartney Street so I’m always home. I am definitely Lafayette through and through. I’m here all the time. 24 hours a day.”

“Wanting to win and wanting to be successful and being willing to compete when it’s tough is important, so to know that I’m a competitor is something people maybe assume, but it’s legit,” Freeman said.