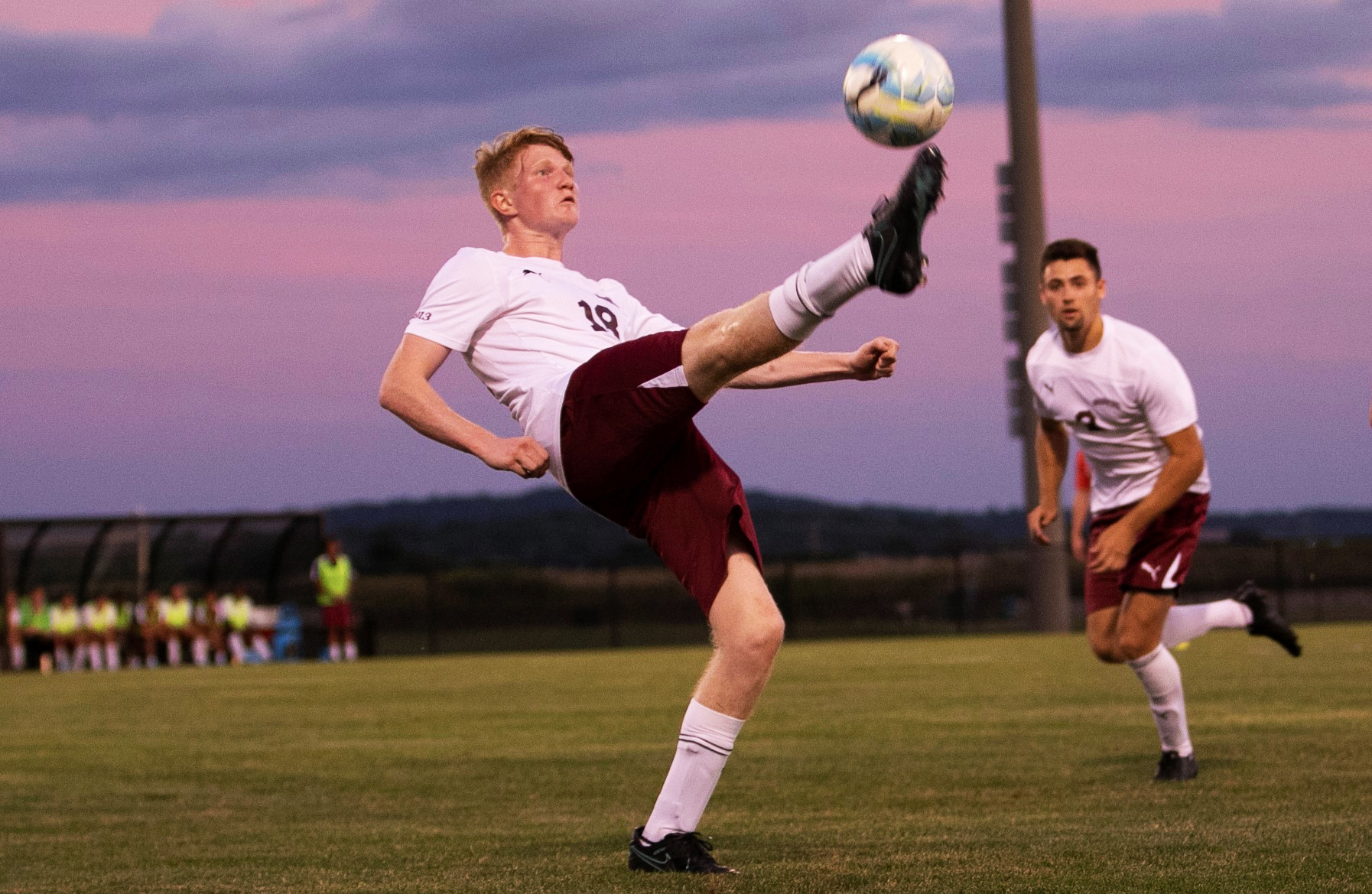 The men’s soccer team’s three-game winning streak came to an end when they faced Cornell (3-1) on Friday, Sept. 7. The match went into overtime, with a final score of 2-1 in favor of the Big Red. The Leopards then hosted La Salle on this past Wednesday, taking the win 2-0. Sutton earned another shutout, while Varela and junior Dylan Royalty both notched their first goals of the season. Both goals came within the first five minutes of each half.

The Leopards (3-2) struck first in the Sept. 7 matchup, with a corner kick from sophomore defender Andrew Veneziato that junior forward James Gibson headed into the net in the 22nd minute. This was Gibson’s fourth goal in three games and he remains the leading scorer for the Leopards this season.

“One of our strengths has been being able to score in a variety of ways,” senior captain and defender Joe DeStefano said. “It’s something we’ve lacked the past couple years.”

The Leopards continued to defend their half through the first half and the start of the second half against Cornell, but struggled to make another effective offensive attack.

“Our biggest weakness so far this year has been taking the lead, but not being able to get that second insurance goal,” DeStefano said. “We’ve had a couple times where we’ve been up 1-0 and we either let the team get back in the game or just haven’t done enough to get that second goal.”

In the 82nd minute, Cornell caught the Leopards off guard with a powerful shot from Charles Touche that evened the score 1-1. Touche’s equalizer ultimately sent the game into overtime.

“We tried to focus on getting our offense going through set pieces,” DeStefano said. “Unfortunately we got caught sleeping on their quick throw-in and their kid hit a good shot.”

The Leopards were still unable to make a comeback in overtime. In the 95th minute, Cornell’s John Scearce scored off an assist to win the game 2-1.

“We just weren’t able to withstand their pressure in overtime,” DeStefano said. “Most of the game we played well, we just didn’t put together a complete performance.”

“The biggest difference between this year and last year has been the commitment to organization from the entire team,” DeStefano said. “Everyone is really focusing on their shape defensively and sacrificing for the team.”

According to DeStefano, the new members of the team have had a smooth transition into this season. Junior defender Christian Williams, a transfer from Florida Atlantic University, was named co-captain for the 2018 season. Freshman goalkeeper Alex Sutton, recently named Patriot League Goalie of the Week, has played every minute so far for the Leopards. Freshman forward Nick Hazel and freshman midfielder Sebastian Varela have started every match for the Leopards.

Next up for the Leopards will be a game at Fairleigh Dickinson on Saturday, Sept. 15 at 7pm.