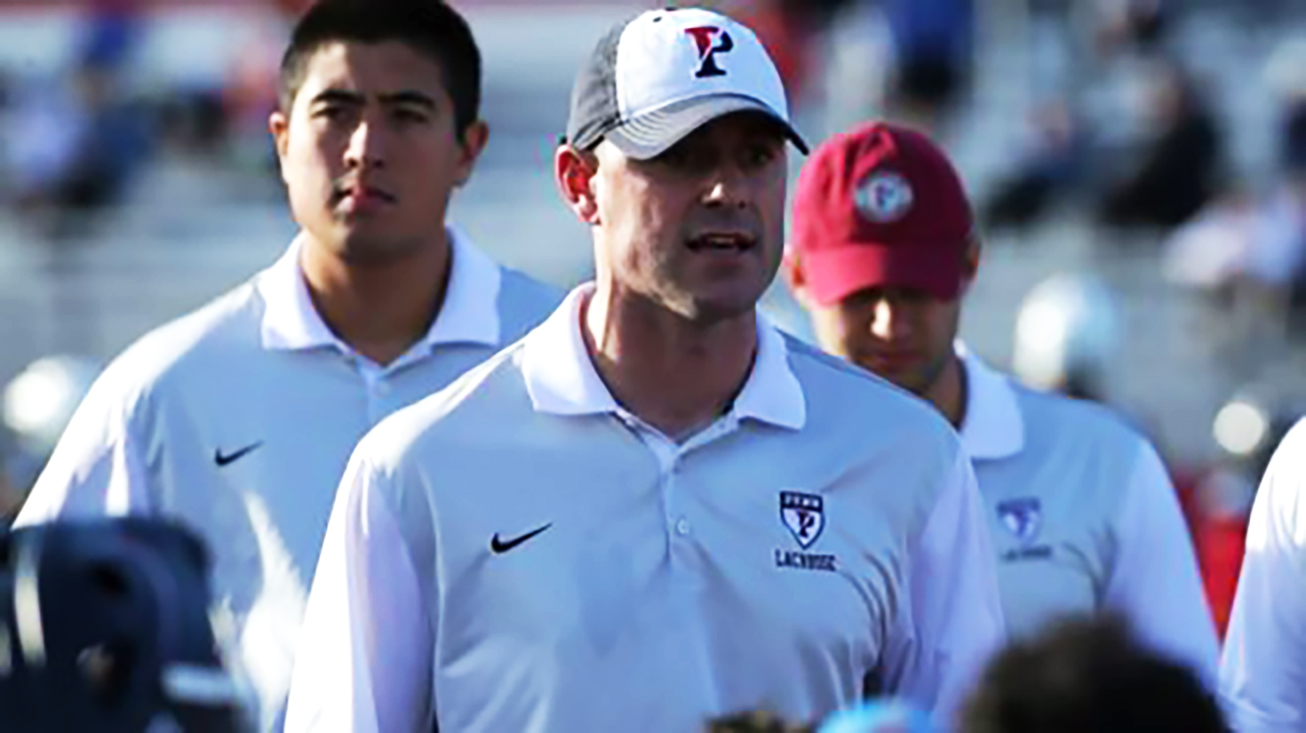 Hanging on the wall in the new men’s lacrosse head coach Patrick Myers’ office is a lacrosse poster that reads: “hard work, toughness, brotherhood.” Coming into his first season coaching the Leopards, Myers aims to continue preaching these three objectives that are ingrained into the program.

“We’re going to put a real emphasis and focus on discipline and fundamentals,” Myers said.

Myers said he wants to create competition within the program, and is starting by making sure his athletes earn their jerseys. Unless team members have passed their running test or have stood out, they practice in blank pinnies.

“I want the team to understand that there is a competitive culture here and that it is a privilege, not a right, to be part of the program,” Myers said. “If I can establish that in my first year here, that will be a successful year one.”

While looking forward to what hopefully turns out to be a winning first year, Myers also acknowledged last year’s tragic loss of then-freshman lacrosse player McCrae Williams and the effect that loss has had on the team this year.

“The team went through a tough time last year. Obviously, they had a tragedy,” Myers said. “I have to be sensitive to the guys and what they went through last year.”

“One of the reasons I took the job at Lafayette is because people underestimate the academic cachet that a place like Lafayette has and what it can do for you after college,” Myers said. “This is one of the best schools in the country academically. [Student athletes] have a heavy course load, and that [workload is] always going to come first.”

Myers strives for a team of student athletes that is athletically competitive and can win championships, but can also manage the course load and put in the extra work to thrive in the classroom.

“Setting the tone for this program was super important, and so far they have really taken that in stride,” Myers said. “They’ve bought into the goals, but them actually knowing what that looks like and how to behave is a different story and will take time to learn.”

Myers has also introduced a new motto to the team this year: “Doesn’t Matter, Get Better,” also known as DMGB. The phrase is something that resonated with him, and that he wanted to bring to the program.

“Everywhere you go has challenges. Lafayette is no different. We have our challenges,” Myers said. “We aren’t going to make excuses. When we wake up everyday, we can make the decision to have the right mindset which is: ‘we’re going to get better. We’re going to overcome the adversities that are in our way. We’re going to keep pushing forward.'”

While Myers wants to make changes to and improve the program, he does not want to lose the history of the team. This program does not have a recent history of competitive success, but Myers keeps in mind that great players have played here and the alumni are passionate about the program.

“We need [the alumni] to be part of our journey to take the next step,” Myers said.

In the long term, Myers hopes the team can compete to be the best team in the conference.

“I look forward to building something new, something that the alumni and everyone associated with this program can take pride in,” he said.