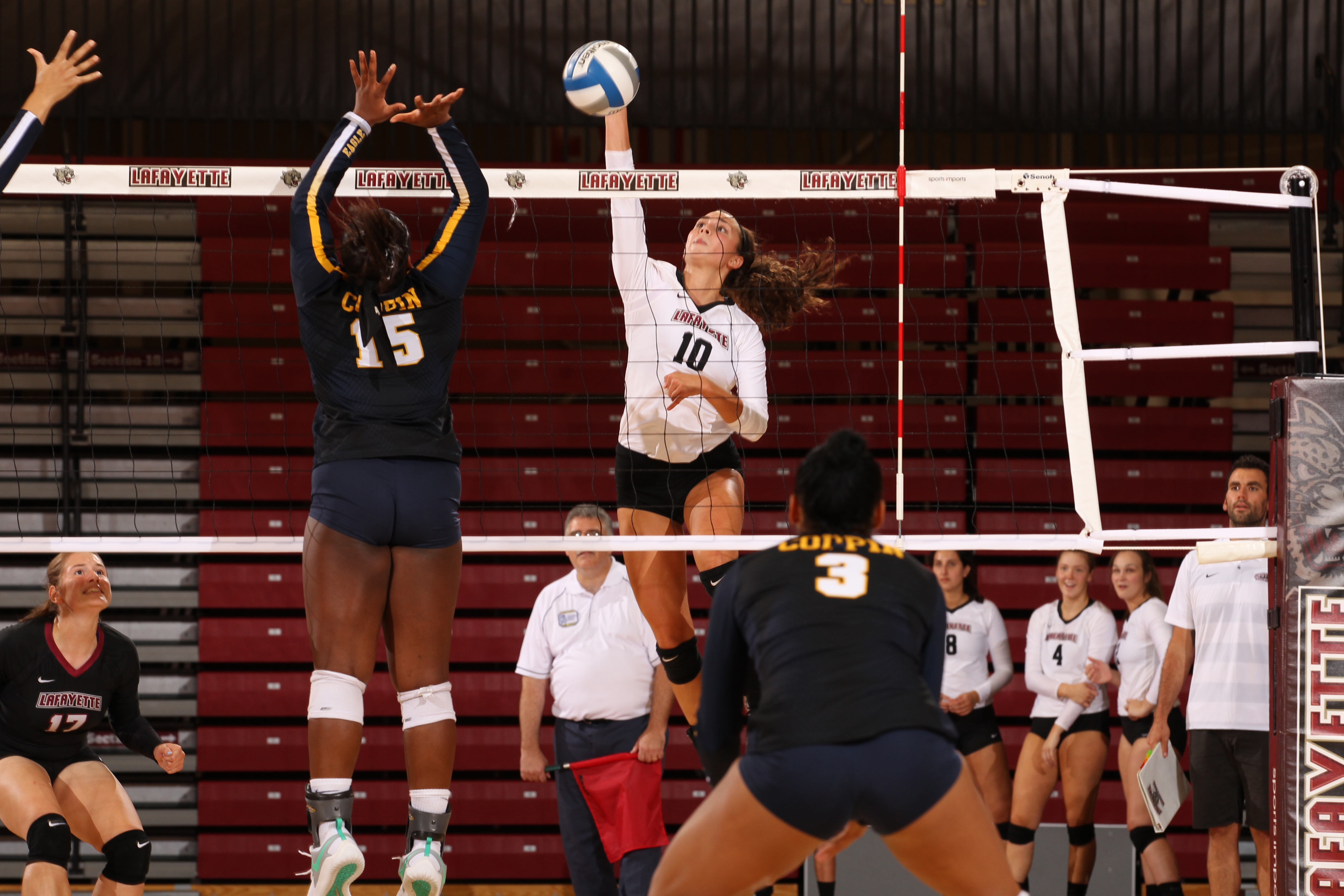 Junior Katrina Ruggiero (10) led the team with 19 kills in the Leopards’ win over Coppin State. (Photo Courtesy of Athletic Communications)

The team’s freshmen class has proved to be very strong this season, becoming an integral part of the Leopard’s success.

“The freshmen are bringing a lot of good energy to our team,” Howard said. “We have a powerful front row fueled by many of them. We’re excited to see them learn and grow as hitters, and love the intensity they foster in practice and competition.”

Howard says she thinks the freshmen will help the Leopards to move up in the Patriot League.

“People are excited and are working hard every day,” Howard said. “We are young and enthusiastic about our opportunities this year.”

“I foresee the rest of the season going well,” she added.

Howard says the her teammates are working well together so far.

“Our team is working very well together and truly believes in the same mission to be the best we can be on and off the court,” Howard said. “We are becoming a cohesive unit, which I think could make a big difference in our success this year.”

The Leopards will be back on the court the weekend of Sept. 7-8, participating in the Dartmouth University Tournament. They will oppose Boston College, Dartmouth and Siena College.