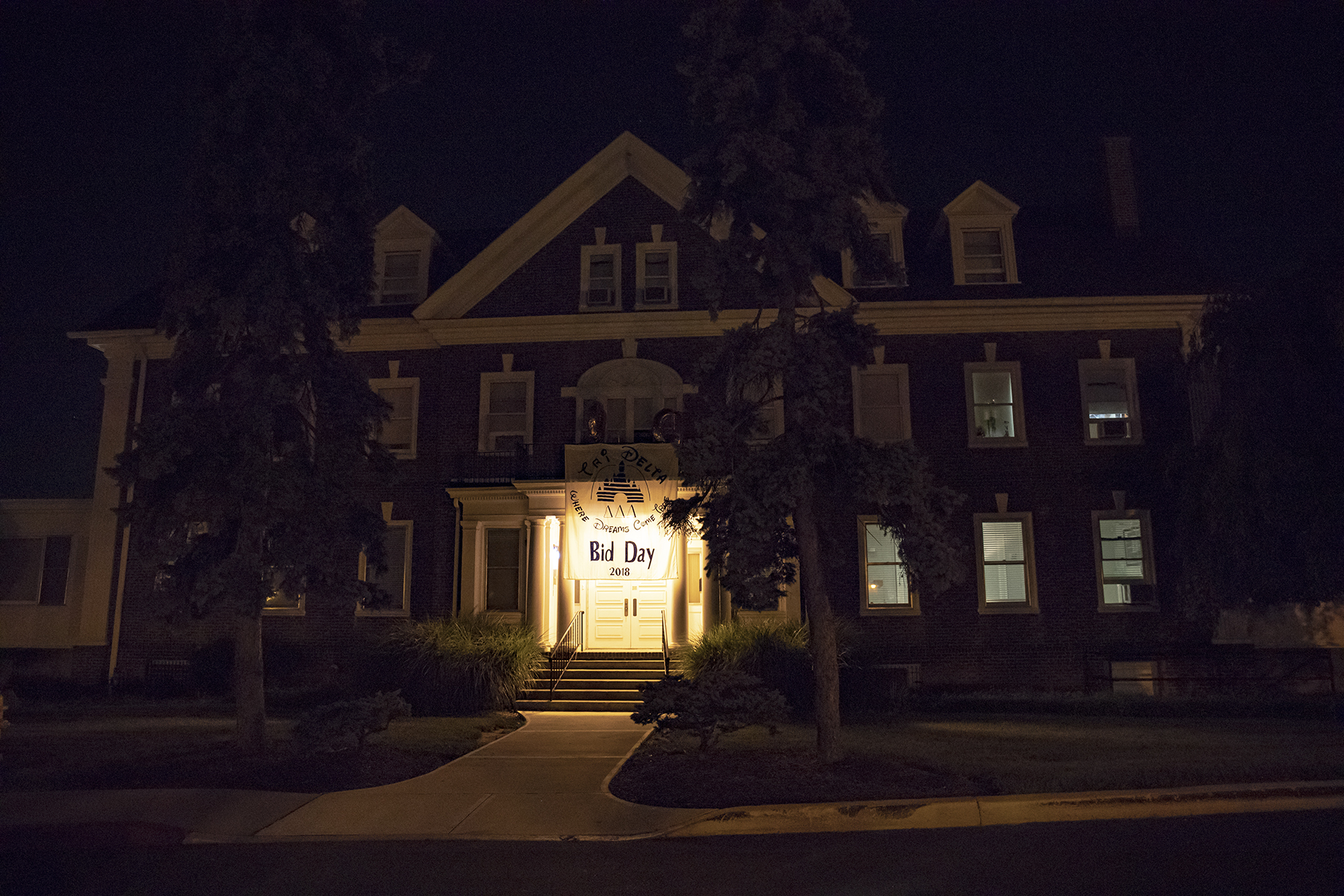 A graduate intern with the Office of Residence Life made his way to different sororities and student housing on Tuesday night for a perfectly legitimate reason: to scan the houses’ laundry machines for data on their usage. However, anxieties surrounding his visits arose throughout the night, resulting from his lack of identification and the late time of the inspection visits. Although these suspicions were unfounded, the incident resulted in clarifications of Residence Life policies and an extra wariness among students.

Director of Public Safety Jeff Troxell said that Public Safety responded to calls from Alpha Gamma Delta and Tri Delta, and The Lafayette has confirmed that public safety questioned individuals about the same incidents at Delta Gamma and Kappa Kappa Gamma as well.

“An RA provided information to one of our officers. Upon further investigation we were able to contact and identify this individual,” who Director of Residence Life Grace Reynolds confirmed to be the graduate intern with Residence Life, Eric Morton.

Isabelle Rein ’20, the Resident Advisor of Alpha Gamma Delta, received word at about 9:30 p.m. from one of her residents that the resident had let the intern in but had grown nervous about his presence there. Rein said he carried no Lafayette identification, and that she had not been informed that he was going to be visiting.

When Rein’s resident went to go check if he was still in the laundry room, he was nowhere to be found. Fearing he may not be who he claimed to be, and that he had possibly snuck into somewhere else in the house, Rein called Public Safety, and their thorough search showed he was not in the house and there was no danger.

Katherine Addy ’20 let Morton into the Delta Gamma house at about 10 p.m. after he presented himself as a representative of Residence Life and said he needed to inspect the laundry rooms, which was indeed the case.

“[The intern] said he was with Res Life and he had a briefcase,” Addy said. “He said he was there to scan our laundry machine. I talked to him for a second and then showed him downstairs to the laundry machine and we were there for like two minutes, then came back upstairs and he left.”

“I didn’t really think anything was suspicious about it. He was super friendly. He gave me his name…He looked official. He didn’t have the Res Life logo, but he wasn’t sketchy-looking or anything. He said he’d be doing this every month.”

In fact, the intern will be doing those inspections every month as a routine procedure, one that has been performed by Lafayette students in the past, but has become one of his responsibilities. Reynolds said that part of the reason he was going around to the houses so late was because his class schedule during the day as a graduate student didn’t allow him to do it earlier. He also lives on campus, so it’s convenient for him to get to campus buildings.

Addy hadn’t been concerned about his visit until she was woken up from her sleep by a fellow resident. Her friend told her Public Safety was currently in their house downstairs asking if someone had visited to scan the laundry machine, since AGD had reported the incident which occurred in their house.

Addy said in the future, she will be more cautious in these sorts of situations. Luckily, this time, nothing actually bad or suspicious was going on, she said, and it can serve as a learning experience.

Rein said that although Public Safety was very helpful with responding to the situation when called and when searching the house, she wished they had followed up with the information that the man had been identified as a college employee, something that wasn’t confirmed until the next morning. As a result, her residents ended up going to bed “scared and stressed” thinking that a stranger had checkpoint access to campus. However, she added Public Safety and Residence Life did apologize for the issues relating to communication.

Common to Rein’s and Addy’s concerns was that Residence Life had not properly communicated that this laundry machine scanning would be occurring at that time. Reynolds said that they have made an effort in the past to make sure RAs know that this occurs regularly.

“I think certainly we’ve made sure that RAs know that that occurs,” Reynolds said. “It’s a routine and we’ve talked about it. I don’t know if anyone’s sent the message yet but…it’s routine maintenance operation.” She did add that she was glad students called to ask for clarification, because if a student is concerned, “that’s what we would want students to do.”

Eric Morton did not comment on the incident when reached out to by The Lafayette.

Clarification (9/11/18): Eric Morton does not attend Lafayette as a graduate student as Lafayette is an undergraduate-only college. He attends classes at a different institution.

Why don’t you mention that the intern in discussion is African American. I feel like you’re missing a major point here i.e. Are students at Lafayette racist? Or is Lafayette failing at breaking down racial stereotypes. It concerns me that this article doesn’t mention all of the facts. For a publication trying to be a beacon of truth and democracy, why was this not mentioned?

As a faculty member, I find it very strange that this article didn’t mention the racial dimension to this situation. I find it, frankly, strange that Public Safety didn’t mention the fact that the intern was African-American. Because it seems obvious to me that this was likely a case of racial profiling and or just simply racial prejudice. The same things have been happening at Smith and Yale. Those were already terrible. The fact that our college newspaper doesn’t explain the reality to our community is not only disappointing, it takes away the opportunity for our community to discuss what happened in a real way. Please do better. Who is your advisor? Who let you write this article without mentioning race? Where is free speech now?

The Lafayette staff strongly disagrees with Prof. Goshgarian’s and Concerned Recent Alumnus’ assertions since it appears they make assumptions based on no firsthand knowledge of the incident. However, in the interests of freedom of speech we will allow their comments to stand.

Strongly disagrees? With the fact that I pointed out the main point of this story? I will rely upon oral transmission of facts from now on to get more accurate information. Wish you all the best in your endeavors.