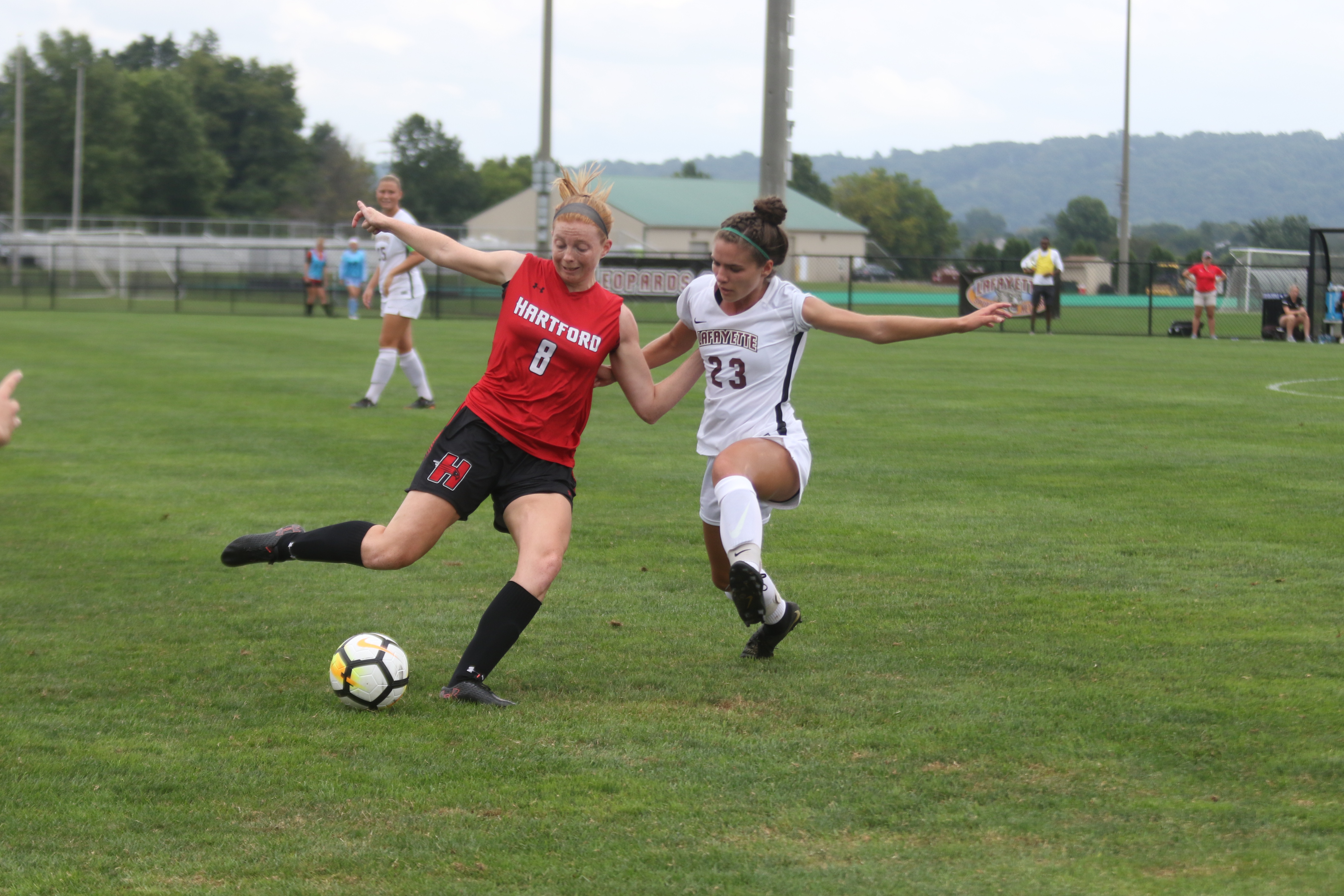 The Leopards of women’s soccer started their season strong with a 1-0 win over Villanova, a first for the women’s soccer program in the history of Lafayette. The team proceeded with two more wins against Delaware State and Saint Peter’s, before losing the next two games for a current record of 3-2. They will be looking to bounce back and, ultimately, are aiming high: they are looking to take the Patriot League championship, said seniors Lauren Johnson and Alex Stanford.

Stanford, the striker for the team, is currently one of the top scorers in Division I women’s soccer with a total of five goals in five games.

“Last year, we had a really poor performance,” Johnson commented on the 5-9 record in the 2017 season. “This year going into it, we had a better mentality [and] overall a better approach to it than last year.”

Stanford points out the team currently has a “core group of six seniors who have given basically everything into the program.” Stanford believes that it is their turn to “stamp on it and take control.” Johnson also added that the juniors and seniors on the team “have had great experience in winning… and have made the [Patriot League] tournament in the past two years…this year we want to do the best we can and win the tournament.”

Projected to be the seventh in the Patriot League, the team turned this projection into motivation to work even harder.

“We know we’ve made it in the past,” Johnson said. “That’s the beauty of our sport, any person can win any game on a given day… there is a shot of winning every game.”

The team’s plan this season is to put 100 percent effort in each and every game, focus on the current challenge and “not look forward to what comes in the future, [so we can] get the job done,” Stanford said.

Head coach Mick Statham has done a great job for setting the tone for the team to win it all, according to Johnson and Stanford. “He always tells us that we have the talent and the players to win… he’s really good at motivating us to get this success,” Stanford said.

The Leopards will play on Friday, Sept. 7 at 7 p.m. against Fairfield.