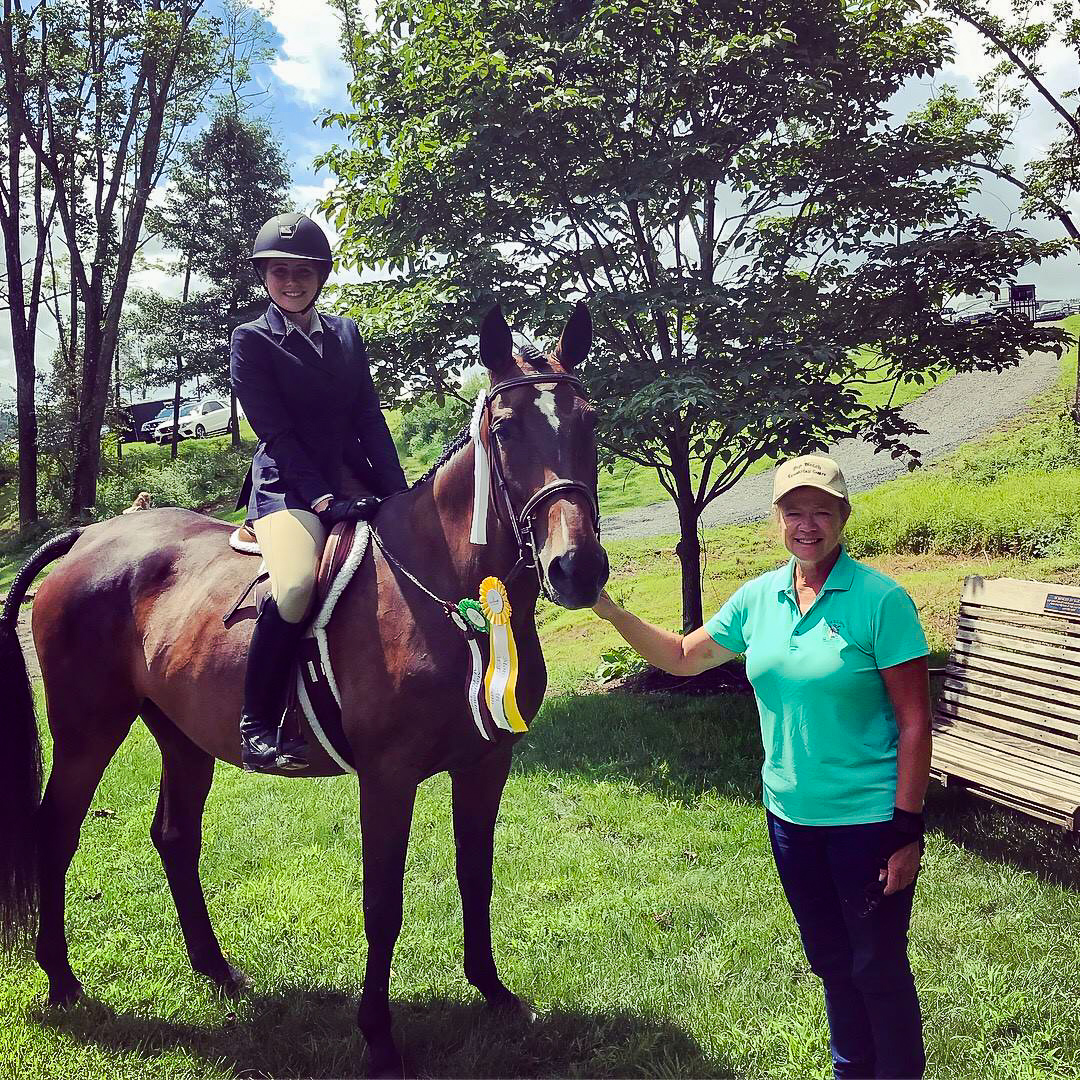 Kelly Poff of the Top Notch Equestrian Centre will be the official head coach of the equestrian team starting this season, after founding head coach, Erin Githens ‘06, decided to step down following a season of winning regionals and sending six riders along with the team to zones, the level above regionals.

Poff knows the Easton area well and has taught Lafayette equestrian riders before.

“I’m pretty excited to be doing this because I’ve lived in Phillipsburg my whole life, I’ve spent a lot of time at Lafayette, and I’m really excited to start a new chapter with this equestrian team,” Poff said.

Kelly Poff said she knows how the program she will be leading has grown.

“[Githens] was an awesome coach,” Poff said. “I’m excited to take the reins. I did do lessons for the Lafayette team before so they had my information. When I was approached I was excited to say yes. We have an IEA [Interscholastic Equestrian Association] team for high school, so it’s going to be awesome to add them to our farm.”

Senior club president and team captain Justine Perrotti expressed her gratitude for the work Githens put into the team.

“[Githens] was the original creator of the Lafayette equestrian, so she was the big push,” Perrotti said. “She coached the team for ten years so it was a lot of hours for her, she still wants to be a resource. We’ll still have our hosted show at her sister’s farm most likely.”

Perrotti has experience with Kelly Poff prior to her becoming the team’s coach.

“I’ve actually trained with [Poff] for two and a half years, so I know she’s a great coach and great fit for the team,” she said.

Poff has been involved in equestrian since she was five years old and has built up an impressive resumé.

“I’ve been teaching riders from their very start to national competitions,” she said. “My philosophy is to develop individual riders to achieve their riding goals which in turn will make the team most competitive,” Poff said. “I have students who have competed in IHSA for many years for different colleges who have gone on to take national ribbons, most recently one of my students, Brady Martino, won nationals this past year as a freshman.”

Poff emphasizes how much passion she and her clients have for riding.

“I have been doing it for a very long time,” Poff said. “I have an amazing group of riders who are dedicated, who sometimes have to give up something they like for something they love: support and confidence in themselves. I don’t tear people down, I build them up.”

Poff will meet with the team this Wednesday, before they hold tryouts the following weekend.

“We get people with decent experience, so I’m interested to see what the freshmen bring to the table,” Perrotti said. “We have tryouts next weekend.”

Along with Perrotti, senior Olivia Devine will be a team captain after former captain Rebecca Bender ‘18 graduated last season, but Bender will continue to help the team.

“[Bender] is going to play a role helping Kelly learn the horses…she was great last year and she misses the team,” Perrotti said. “She says she won’t step on any toes but she just wants to be there as a helping hand. She’s here as an extra aide for new riders and if anyone has questions.”

Poff’s experience and achievements allow her to aim high.

“My goal would be to help them win their region and possibly their zone,” Poff said. “I’d like to get a rider in the Cacchione Cup. It’s exciting and a pretty hefty goal, but that would be my goal in the next few years: to take a team and/or an individual to nationals.”

It is remarkable for a school of Lafayette’s size to be competing at such a high level, Perrotti noted.

“We won regionals and we had six riders at zones individually and the team,” Perrotti said. “We got to compete against very large programs, schools with equine management majors that Lafayette doesn’t have.”

“If Lafayette’s team brought home a title, what would happen to their team? There would be a million people on it,” Poff said. “It gives [them] something to strive for.”

The equestrian team will kick off its season on Sept. 30, at a show hosted by Lehigh.