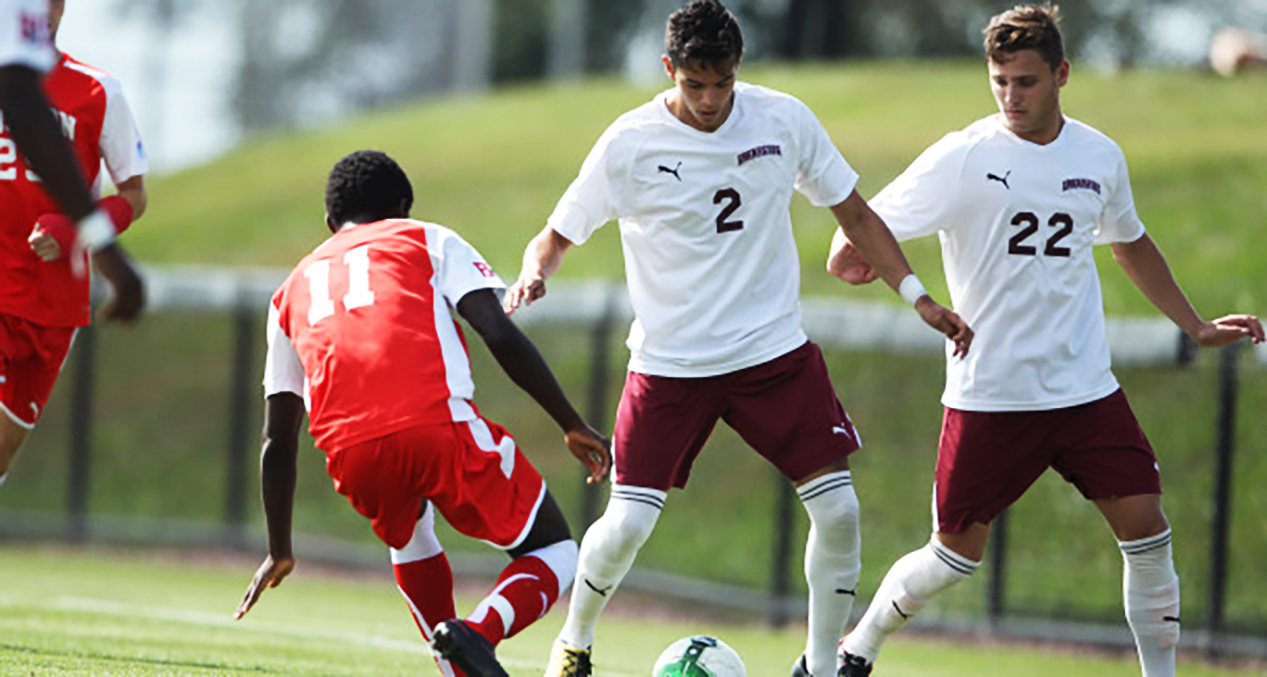 Head Coach Dennis Bohn added that as the first game of the season, the game was a “pretty even match” and “could have gone either way.”

The team gave up an “unfortunate” goal to St. Francis 15 minutes into the game, which resulted in the team’s change in playing style, according to freshman starting goalkeeper Alex Sutton.

“Once we got scored on, we sort of became the kick and run style [team], [we] got anxious and played too quick,” he said.

After conceding the first goal, the team stuck with Bohn’s plan to “look [to] play to [each others’] feet … and get [some] good shot[s] on target,” Sutton said. “After [we] went down 1-0, Coach Bohn gave us an inspirational speech and said that we are capable to score and win the game.”

A key substitution was made late in the game, when freshman midfielder Will Echeverria entered the game and utilized his offensive throw in potentials and created some opportunities on goal.

“[Will] gave us a spark, created some chances for us,” said Bohn.

The Leopards went on to defeat Monmouth University on Tuesday in New Jersey to bring their record to 1-1.

“There’s a new energy this year about the team,” Sutton said. “We are looking at a hopefully pretty deep run, to make the Patriot League playoffs and maybe even the NCAA Tournament.”

The team has done well on the field so far, according to Bohn.

“The work ethics both in practice and in game are something I’m very happy with…but we shouldn’t be cautiously optimistic,” he said. “The team is doing some positive things…we are gonna surprise some people.”

The Leopards will go on the road to face Stony Brook on Saturday, Sept. 1.