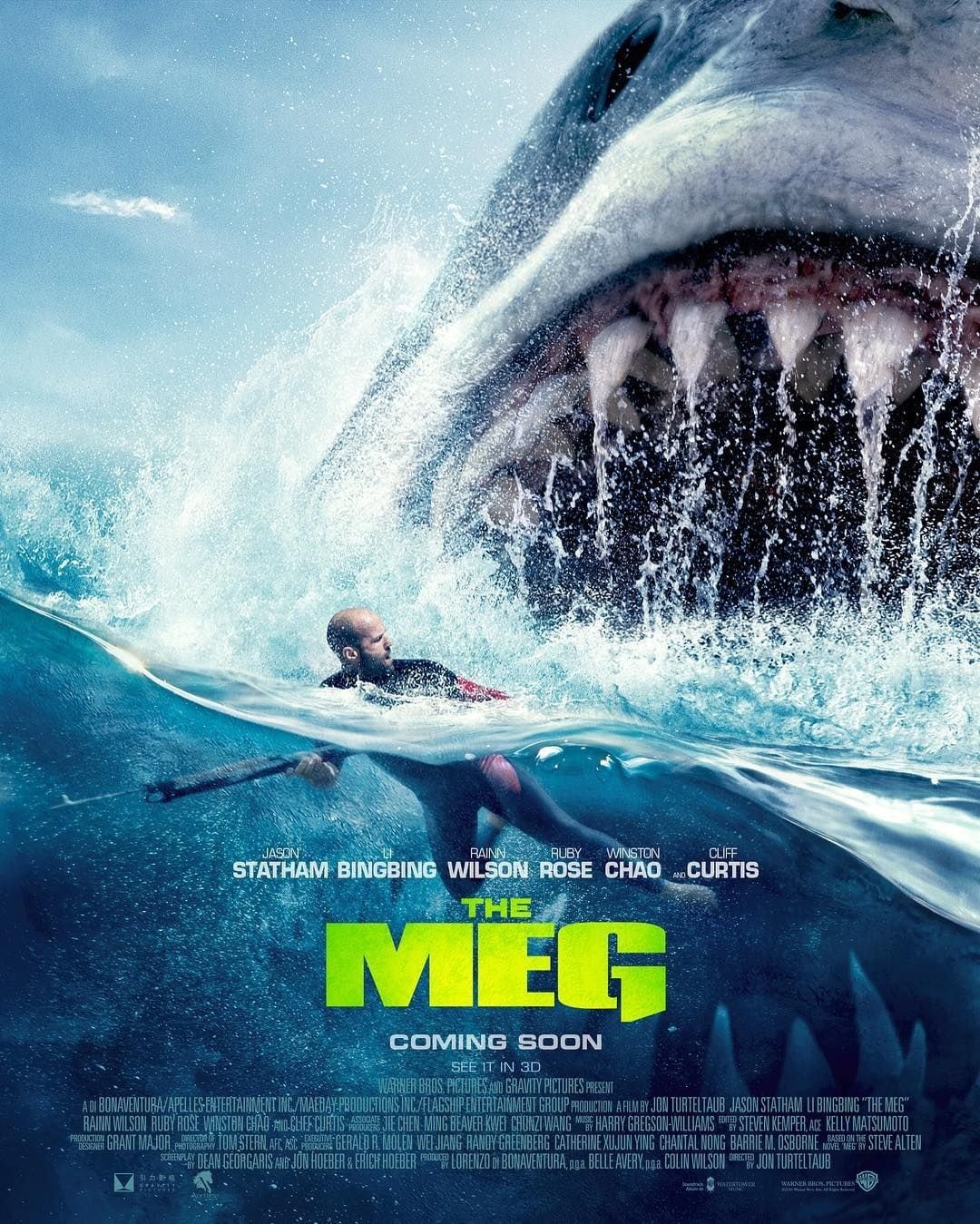 “The movie understands the story its telling and doesn’t waste its time with much of a plot and character development,” says movie reviewer Allie Rosen ’19. (Courtesy of MegTheMovie.org)

As my summer roommate could attest to, I spent the entire summer counting the days until the release of “The Meg.” I got my ticket and showed up at midnight the day it was released. I was treated to exactly what I expected: pure fun and a giant shark.

“The Meg” stars critically acclaimed actors and actresses such as Jason Statham, Li Bingbing, Rainn Wilson and Ruby Rose. Morris, played by Wilson, discovers a hidden world underneath the Marianas Trench. In doing so they release an ancient beast hidden for thousands of years: a Megalodon.

The plot is a reflection of how ridiculous the movie is overall. The movie understands the story its telling and doesn’t waste its time with much of a plot and character development. It is unlike “Jaws,” or last year’s “Jumanji: Welcome to the Jungle,” which both go more in-depth into the characters’ personal growth.

Those two movies are proof that your fast-paced action adventure can deliver characterization and “The Meg” lacks that almost entirely. Needless to say that not having fleshed out characters in “The Meg” is definitely its biggest flaw.

The characters are cookie cutter at best. The movie centers around Jonas (played by Jason Statham) a rescue diver and the only person to have encountered the shark previously. It was clear that the role wasn’t written specifically for Statham, who is usually type cast as a hardcore, fearless badass—his filmography includes “Transporter” and “Fast and Furious.” The script forces him to stretch as an actor and it’s really fun to see him playing a new style of character while also inserting his usual ridiculous nature.

The biggest worry I had with “The Meg” was that it would be boring. Luckily, it isn’t. It’s electrically paced. The lulls between the action set pieces are fast and give you just enough information to make you care about the next dangerous event. Most importantly, “The Meg” delivers on the fun.

For years the Sharksploitation genre, which is a genre that focuses on sharks and shark attacks, has been bogged down by terrible budgets and bad productions. “The Meg” feels like a studio finally delivering on the quality those movies could have.

While sure it’s no five headed shark, “The Meg” truly feels like the second best shark movie of all time.  I give it a 14/20.