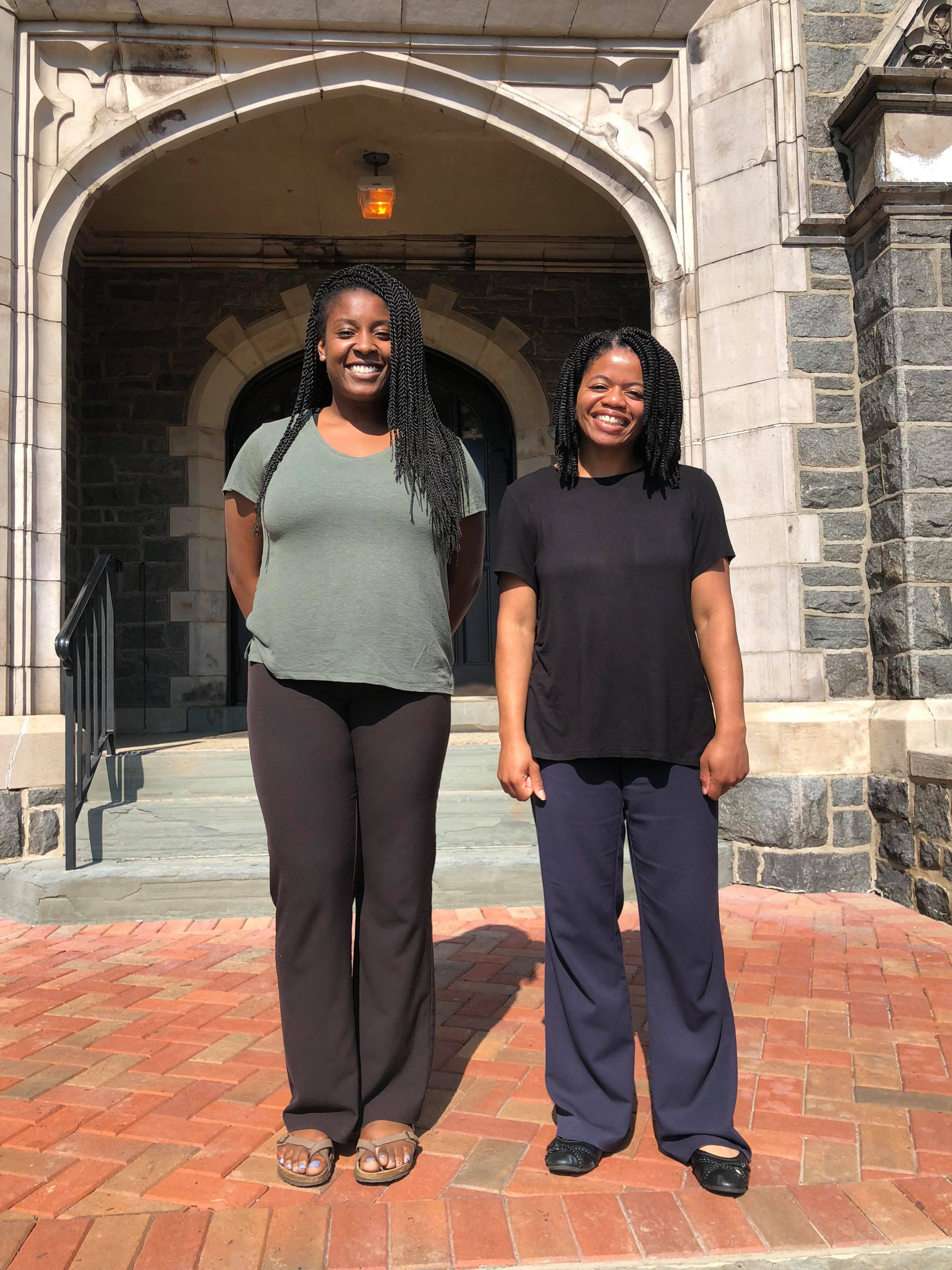 Program Manager for the Dyer Center Sylvania Okoye (right) and Director for the CITLS Tracie Addy (left), who recently joined the college (Photo by Kathryn Kelly ‘19).

While renovations to the physical structure of campus took place this summer, the college’s administration and staff received a makeover as well.

Robin Rinehart’s departure from the role of Dean of the Faculty was recently announced, leaving John Meier as her interim replacement as Rinehart returns to the faculty to teach religious studies.  President Alison Byerly highlighted Rinehart’s efforts toward achieving a more diverse campus, and Rinehart herself noted that her work to that end stands out from her time as dean.

“It was especially important to me to work on increasing the overall diversity of our faculty. I started regular workshops on unconscious bias for members of our faculty search committees,” Rinehart wrote in an email.

With both Hunt and Rinehart’s role changes, “we’re seeing this as a moment to think through…whether a separate individual taking over what [Rinehart] had done is the best pathway or thinking of that as something that is now handled within the major offices that are already doing the hiring.”

Rinehart will remain as Chief Diversity Officer despite no longer being dean of faculty. In that role, she will be involved in meetings relating to the campus climate survey results, which are expected to be released later this semester.

Although Hunt’s titular role now leaves out the words equity and inclusion, he said that ensuring equity across campus by lowering students’ barriers to success remains one of his passions in his new role. Additionally, he hopes to continue to educate students on issues of sexual misconduct.

“I want to make sure we are doing the best job we can as it relates to sexual misconduct and prevention, making sure students are making good choices…and trying to reduce the number of sexual misconduct cases we have on campus, and also responding to them when they do happen,” Hunt said. “That is a major passion of mine.”

Hunt and Vice President of Campus Life Annette Diorio also noted that the counseling center, overseen by Hunt, is now fully staffed with counselors and a psychiatrist.

Byerly would not rule out the possibility of a Dean of Equity and Inclusion being hired in the future, but said that the college likes the new arrangement and will see how it works before making any such decision.

Hembrick, a recent graduate of the Texas A&M Masters in Education Program, also hopes to work toward equity on campus, in part by helping create “a space where students are able to work toward social justice and diversity effort.” He plans to work with groups such as the Kaleidoscope Social Justice Peer Educators and the Gender and Sexuality Resource Center.

Positions outside the realm of Intercultural Development were also added this summer. Sylvania Okoye was hired just two weeks ago as the Program Manager of the Dyer Center, which is the name the IDEAL Center for Innovation and Entrepreneurship is transitioning to. She said she is excited to combine her passion for entrepreneurship with her affinity for working in academia.

Okoye noted that the entrepreneurship is a field open to people beyond those who just believe they have a million-dollar idea.

“Even the everyday person too that is just looking to get a sense of what they’re good at, depending on what they major in, entrepreneurship helps to make that happen. And I hope to get that message out there because I feel that a lot of people have their perceptions of what an entrepreneur can look like but there’s so many different ways an entrepreneur can come out and they may not even know it.”

Also recently hired was Tracie Addy, who now fills the newly full-time position of Director of the Center for Integration of Teaching, Learning and Scholarship, which was previously filled part-time by a faculty member.