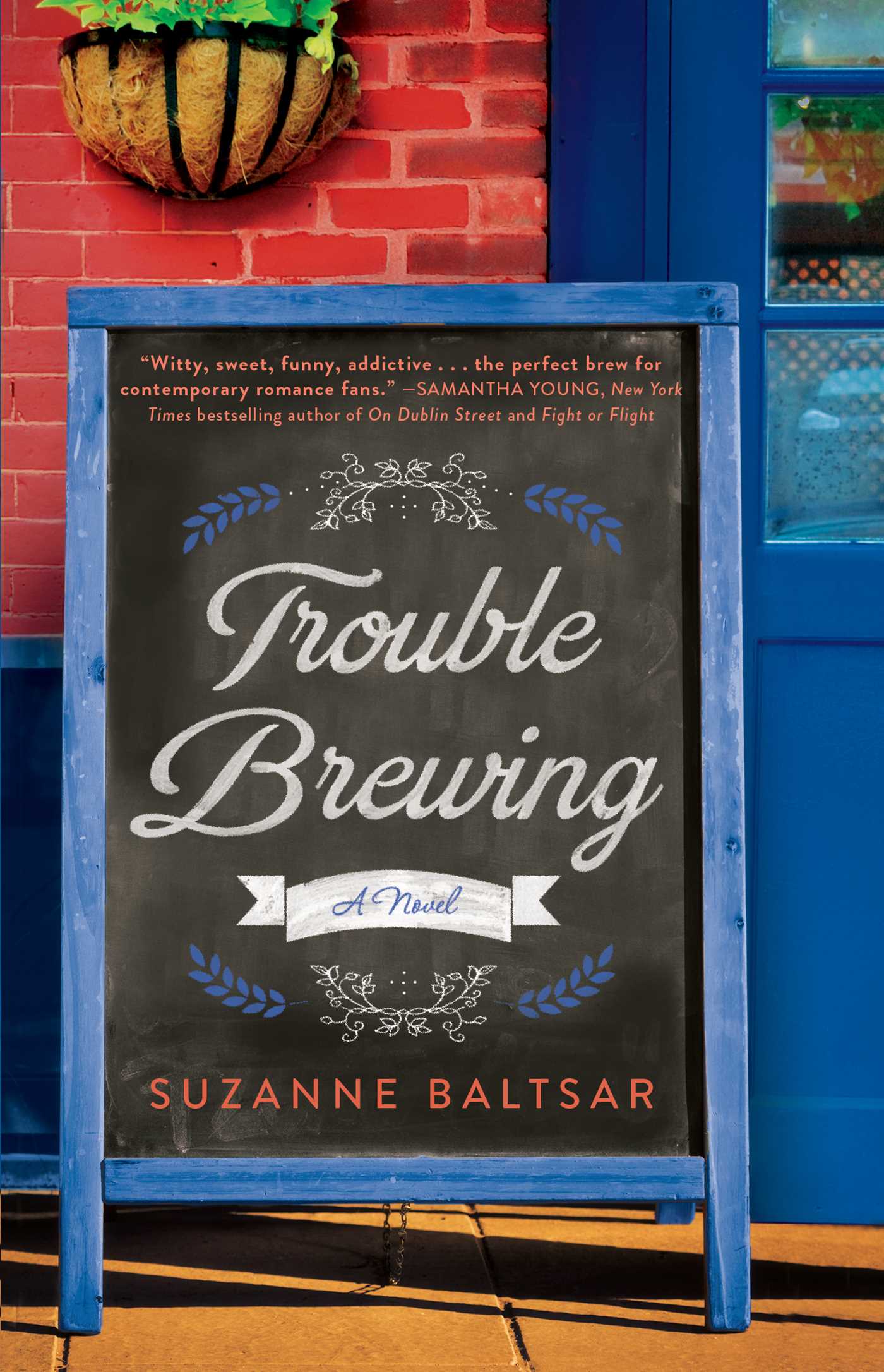 Piper, the protagonist of our reviewer’s subject material, sets foot in a male-dominated field and succeeds. (Photo Courtesy of Goodreads.com).

Let me just get this straight right away, I have never finished a book over 300 pages long in three days—and “Trouble Brewing” by Allentown writer Suzanne Baltsar had me hooked for that whole 72 hours.

Upon picking up the book, I didn’t really expect much from it. But as soon as I started reading, I simply couldn’t put it down.

“Trouble Brewing” tells the fascinating success story of female brewer named Piper who tries to make her way  in the male-dominated industry of beer crafting. There are plenty of character development moments throughout the story and depth to the two main characters.

The character of Piper is extremely likable and I thought she would be very relatable to many of my friends. She is a young woman with a clear goal and the strongest will to make her dream come true. She is witty, silly and even punny at times. There are also occasional antagonists who make the readers laugh: one person only tweets silly mean tweets online to criticize Piper’s beers, which sounds somewhat familiar in today’s political climate…

The most prominent aspect of this book is Baltsar’s masterful use of two perspectives throughout. The story itself is being told back and forth through the voices of the two main characters: Piper and Blake. Every chapter alternates between Piper and Blake (who is a local bar owner interesting in selling Piper’s beer).

Though the storyline is clear, I was nevertheless skeptical about this approach to storytelling, but since the novel is not overly complicated, it is definitely an excellent decision on Baltsar’s part.

That might just be the problem about the book: this story could be considered as simple and even cliché by many. We’ve all heard about this story before: someone is new to their job, falls in love with their coworker, meets some obstacle along the way but eventually proceeds to become successful business-wise and relationship-wise. I saw it coming after reading the description of the book.

However, it’s possible that is just what makes this book a worthwhile read. It is not meant to be overly complicated with multiple stories happening at the same time and it is definitely not written by some philosopher trying to show off their fancy vocabulary. And that’s precisely the beauty of it.

Was the story simple and straight forward? Yes. But the story also made me laugh, made me feel disappointed at the protagonist at times. It’s an engaging read for a weekend off. There are so many pop culture references that really made the story so much for fun when you get them, which is an even better reason for why this book is great for young readers and fellow college students.

The story even parallels the Oscar-winning movie “La La Land” at times and would make a wonderful and more down-to-earth sequel of it.