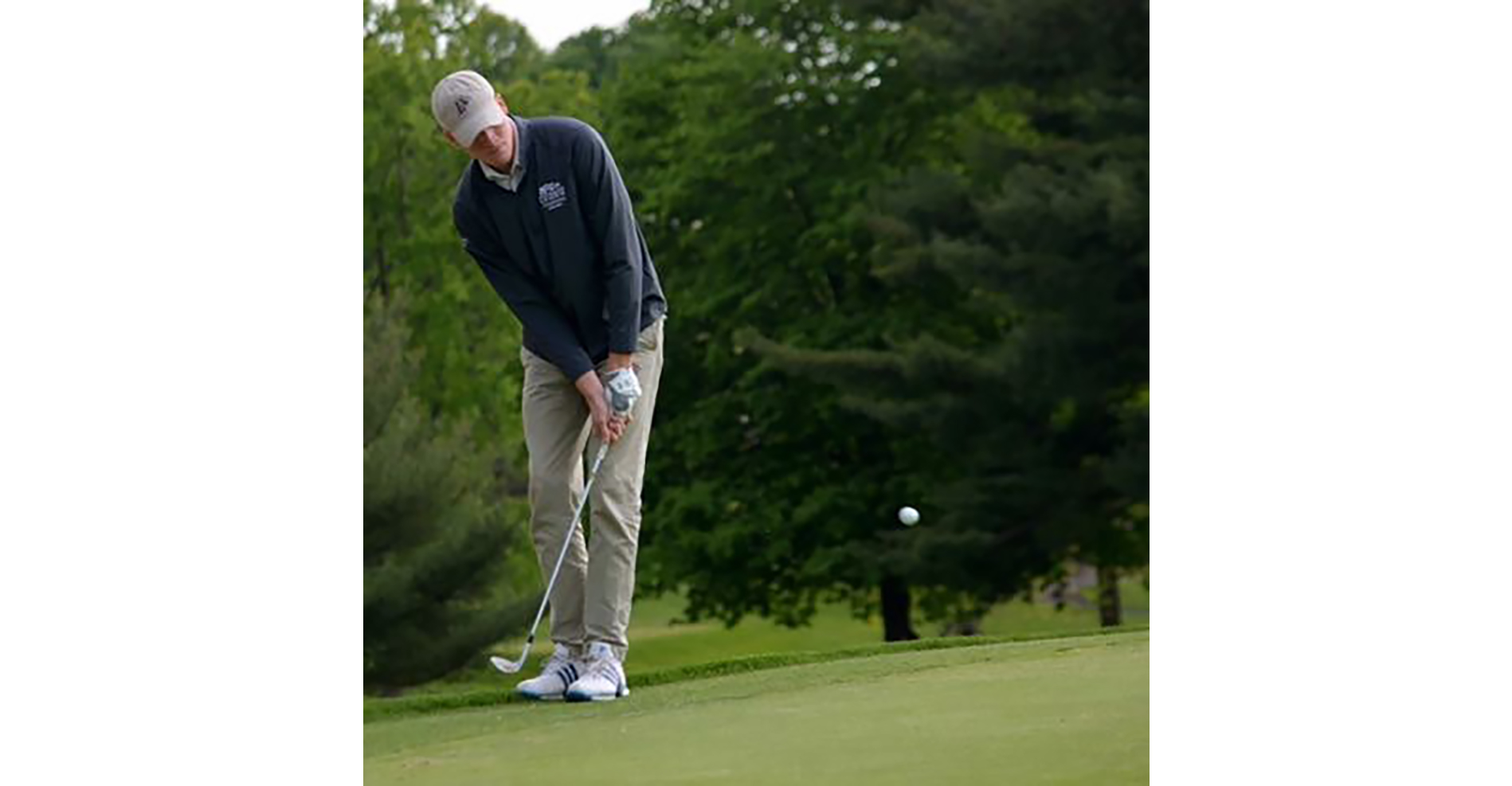 The Lafayette golf team headed to Lehigh on April 24 to compete in the Patriot League Championship. The Leopards took sixth place out of the eight teams, led by sophomore Will Halamandaris and junior Trey Croney who both tied for 10th. The finish earned Halamandaris and Croney a selection on the 2nd team all-Patriot League.

“Personally, I had a very good first day,” Croney said. “I was in third place and I was tied for the lead after 32 holes. It felt very good to be in the hunt with the top [golfers] in the Patriot League. The last day I didn’t have my best game.”

“It was a good consolation to get second team all-Patriot League,” he added.

Although Croney dropped on the scoreboard, the rest of the team improved to rise in the standings.

“Other kids on the team stepped up, which gave us our best team score,” Croney said. “It moved us ahead of Colgate, who we started the day behind.”

According to freshman Cole Berger, the team was looking for a better finish to the season.

“We came in [to the tournament] playing pretty well,” he added. “Toad [Halamandaris] won a tournament. [Freshman] Brendan [Cronin] got fifth at that tournament. Trey [Croney] is a solid player, so we can always count on him. I’m more or less the same. I just played… the worst I’ve ever played in the first round.”

Despite the sixth place finish, the team made strides for the future.

“The season was difficult because of the weather,” Croney said. “We weren’t able to get outside until after spring break. I saw freshmen stepping up, specifically Cole [Berger] as the lead freshman. He’s definitely the biggest voice out of that class. [Freshman] Creighton [Hendrix] is a comedic relief for the team. He keeps it light and we enjoy having him around, and he’s also contributing with his scores.”

Bright spots from the season include defeating Lehigh head-to-head, Halamandaris’s win at the Rhode Island Invitational and the team’s new Instagram page started by Hendrix and run by various team members.

“Hamilton Farms when we beat Lehigh, we were underdogs by several people,” Berger said. “They had better players than we had. On that given day, we beat them pretty badly. Hamilton Farms is an awesome course. We’re really lucky to play there.”

“On the golf side, Will [Halamandaris]’s win at Rhode Island was the clear highlight for the year,” Croney said. “We were excited to see Will come back after a year of injury and get his first collegiate win. For the team, just one morale booster was creating our Instagram page @golflaf. It’s a great way to interact with the community. We received a lot of great reactions to the page.”

Berger is looking forward to building on the team’s performance, with the experience from this season.

The individual scores have been good at times, but the team struggled to put them all together at a single match.

“I think we could have done a lot better in some aspects, but we all played well at different times, which sucks because you need to play well together to post a good team score,” Berger said.

Croney said he expects the team to put in the work to improve upon the season the team just had.

“Next season, a lot of the guys are really focusing on golf,” Croney said. “I know Cole [Berger] and Will [Halamandaris] are prioritizing golf over the summer. I’m working this summer, but I’m confident that I’ll be able to get my game in shape for the fall semester. We also have two incoming freshmen with stellar junior records who can contribute to the team in a positive way.”

Berger said the season has been educational for him, and a good start to build onto.

“Personally, I feel it was a learning experience,” he said. “I played well some of the time and poorly half of the time. I learned a lot. I’m excited to take what I learned moving forward.”