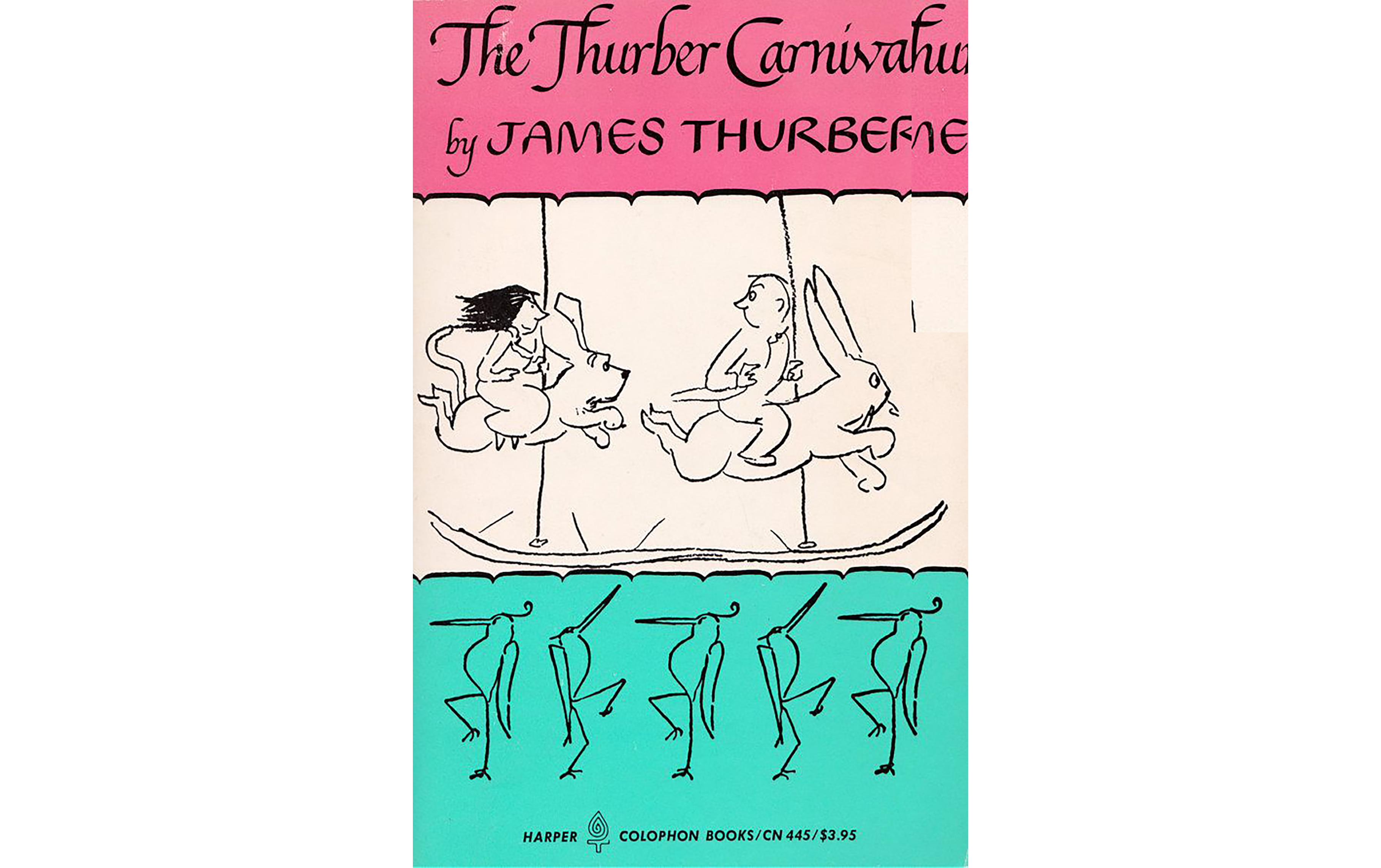 “As a Thurber fan for decades, I believe this is his best collection” (Photo courtesy of Pinterest)

This is the book I’d want with me if I were ever stranded on a desert island.

“The Thurber Carnival” is a collection of essays, cartoons, short stories and illustrated poems and fables by the late humorist James Thurber. Written between 1931 and 1945, most of the pieces were originally published in magazines or books. The topics range from family reminiscences to social commentary to sheer surreal absurdity. The tone can be raucous, poignant, gentle or wickedly barbed.

Thurber was a master and one of the originators of the famous “casuals” made popular by The New Yorker, a magazine whose staff he joined in the thirties and the first to publish his wildly loopy cartoons.

As a Thurber fan for decades, I believe this is his best collection—in one still-in-print volume, a new reader can meet the dog that bit people, the mysterious Emma Inch and her dog Feely, cousin Briggs Beall, who lived in fear of suffocating in his sleep, the unicorn in the garden and my favorite, hapless Ohio State football player described thusly:

“In order to be eligible to play it was necessary for him to keep up in his studies, a very difficult matter, for while he was not dumber than an ox he was not any smarter.”

If a reader gets tired of essays or short stories, there are always the cartoons. Instantly recognizable, his very loosely drawn, simple line drawings are still very funny—from the accusing mother sternly asking a small boy, “Are you the young man that bit my daughter?” to the grumpy wife abed with her husband who says, “All right, have it your way—you heard a seal bark.”

There are selections from the epic “War Between Men and Women” including my favorite, “The capture of three physics professors.”

Dogs figure prominently in his drawings, and he became famous for a kind of lumpy, often morose-looking hound-ish dog, the companion of an often befuddled, equally lumpy husband.

As his vision diminished, his drawings became simpler and looser, but never lost their distinctive style or humor. These cartoons drawn in his prime are among some of his best and have been anthologized over and over.

This is a masterful collection by the man who gave us Walter Mitty and many more immortal characters, who still captivate and entertain readers after all this time.

Thurber, like Mitty, is “undefeated, inscrutable to the last,” and still very funny.