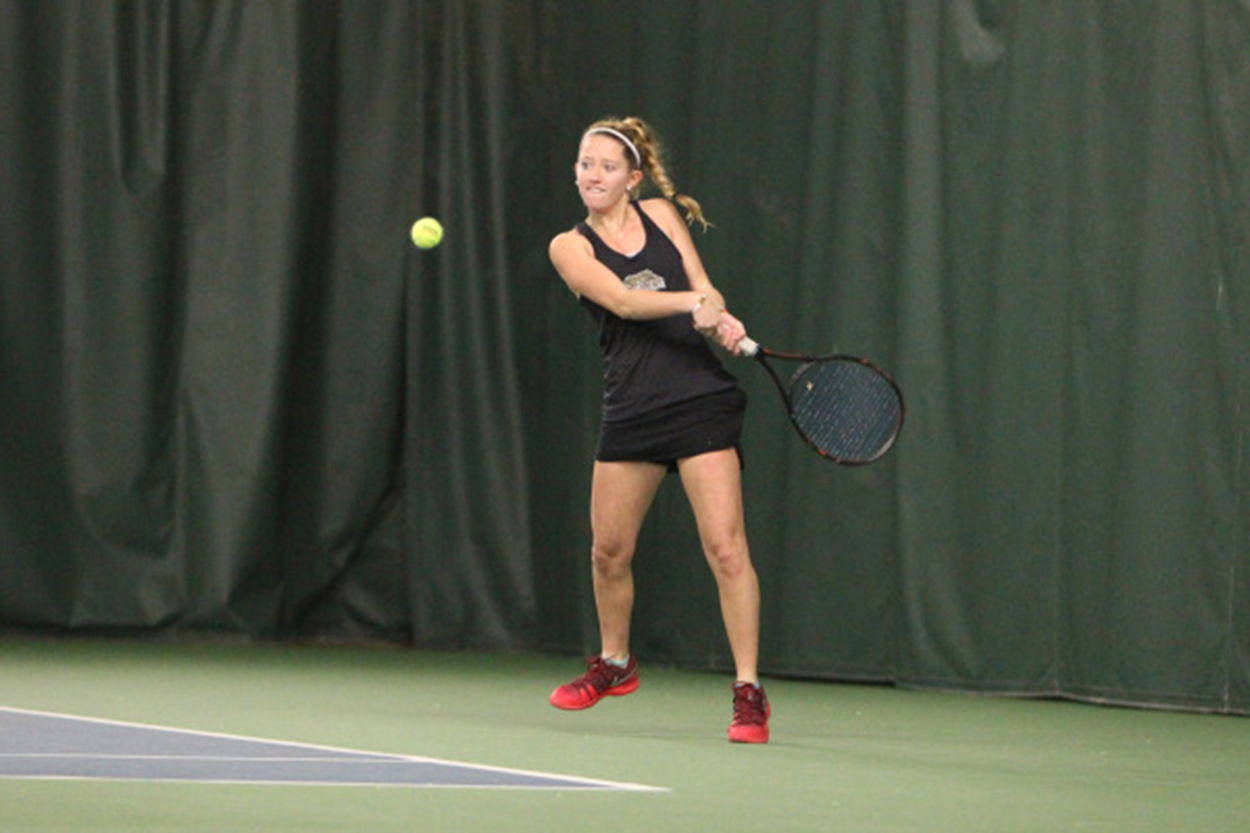 Grace Conrad ’20 (pictured) tied a set in the quarterfinal of the Patriot League Tournament where women’s tennis lost to Army. (Photo courtesy of Athletic Communications)

The women’s tennis team concluded their season at Army West Point in the Patriot League Tournament. The seventh-seeded Leopards lost in the quarterfinals to second-seeded Army, and the Black Knights went on to win the tournament in the finals against first-seeded Navy.

“You always respect a team like Army,” sophomore Katie Hill wrote in an email. “They’re good, strong, mentally solid athletes. We look up to them in many ways, but we know we are capable of hanging in there with them.”

The Leopards failed to win any sets, although sophomore Grace Conrad tied the second set of her singles match. According to Hill, many of Army’s best players did not compete in their dual match earlier this season.

“Everyone [on Army’s team] played at Patriots and they were much better than the last time we played them,” Hill wrote. “They ended up winning the Tournament, sweeping teams they had lost to earlier. Very few of us played the same person we played regular season and those of us who did well against our previous opponent found it much more difficult the second time around.”

The team went into the Tournament after beating Colgate for the first time in 20 years. According to Hill, the win gave them confidence going into the Patriot League Tournament.

“For us, the majority of our preparation was before the Colgate match,” Hill wrote. “We knew that day was the single most important day of our season. We found the perfect lineup and the perfect doubles configuration and capitalized on our moment.

With no graduating seniors, the team will return all 11 players in the fall. The freshmen class stepped up this season, with Cece Lesnick and Samantha Snyder playing numbers one and two singles, respectively.

“We’re only bringing in one girl, and graduating no one,” Hill wrote. “We are hoping that our young team will just become more experienced & grow from there.”