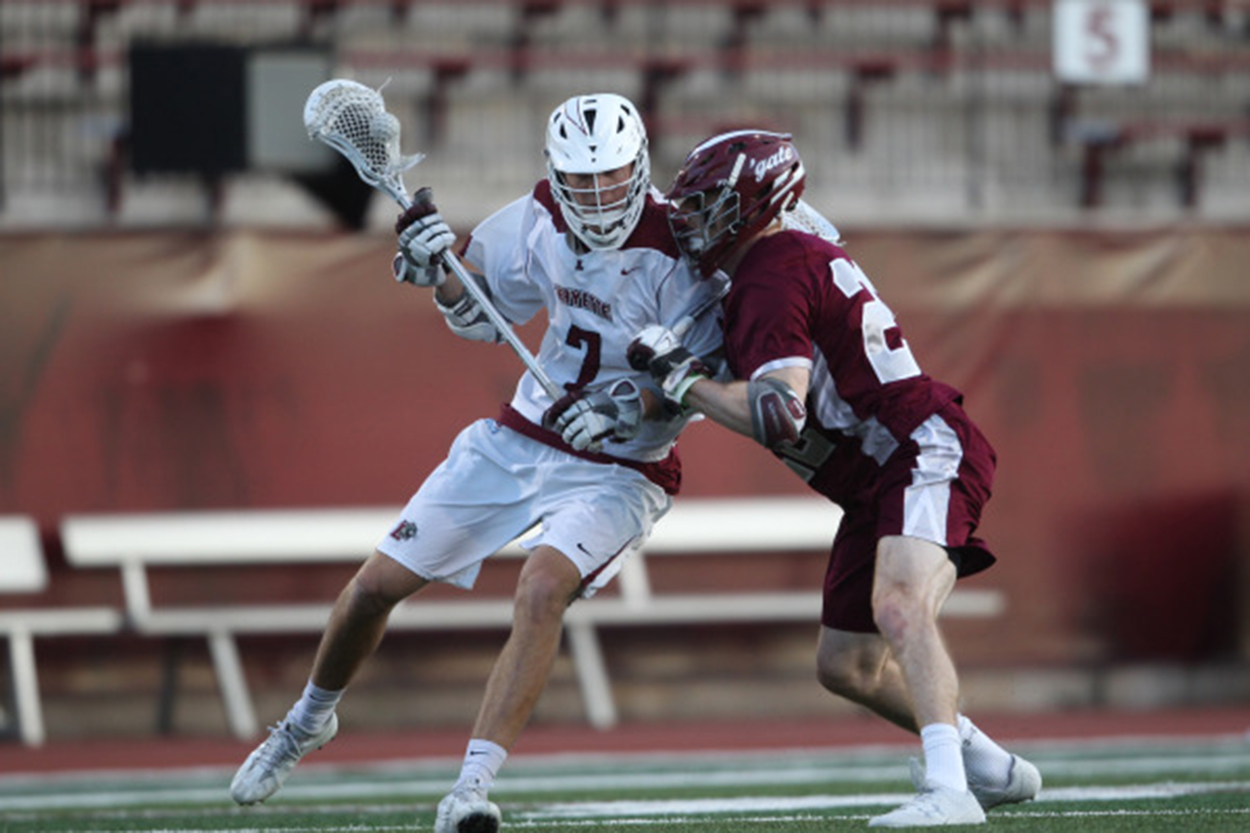 The Lafayette men’s lacrosse team fell to Colgate 17-9 at Fisher Stadium in their final game of the season.

The Leopards gained an early three, finishing the first period up 3-1. The tables turned in second quarter, with Colgate outscoring Lafayette 6-0.

“We were in it for the first half, when we were up early, but then we started to lose some steam and then we tried to pick it back up,” freshman defender Evan Kieltyka said. “We struggled with possessions and unfortunately, they came out with a win. All year, we were in a bunch of these type of games. It would be close and then it just wouldn’t go our way.”

The team finished the season 3-12 while going 0-8 in the Patriot League. After beginning the season 2-1, the team’s success went downhill, going just 1-11 in their last 12 games of the season.

“At the beginning of the season we were very optimistic overall because we started off well, but after our struggles, we had talked about changing the culture of our team,” Kieltyka said.

In the final game of the season, senior midfielder and co-captain Will McCarthy finished his career with a four-goal game. Senior midfielder George Cloud netted his first career goal in the last game of his career.

“All of our seniors had really good final games,” Kieltyka said. “Cloud scoring in his last game was special, and Will McCarthy also had a great game. Overall our senior class did really well.”

“The season didn’t turn out the way we wanted it to, but we are hopeful for next year,” Kieltyka said.