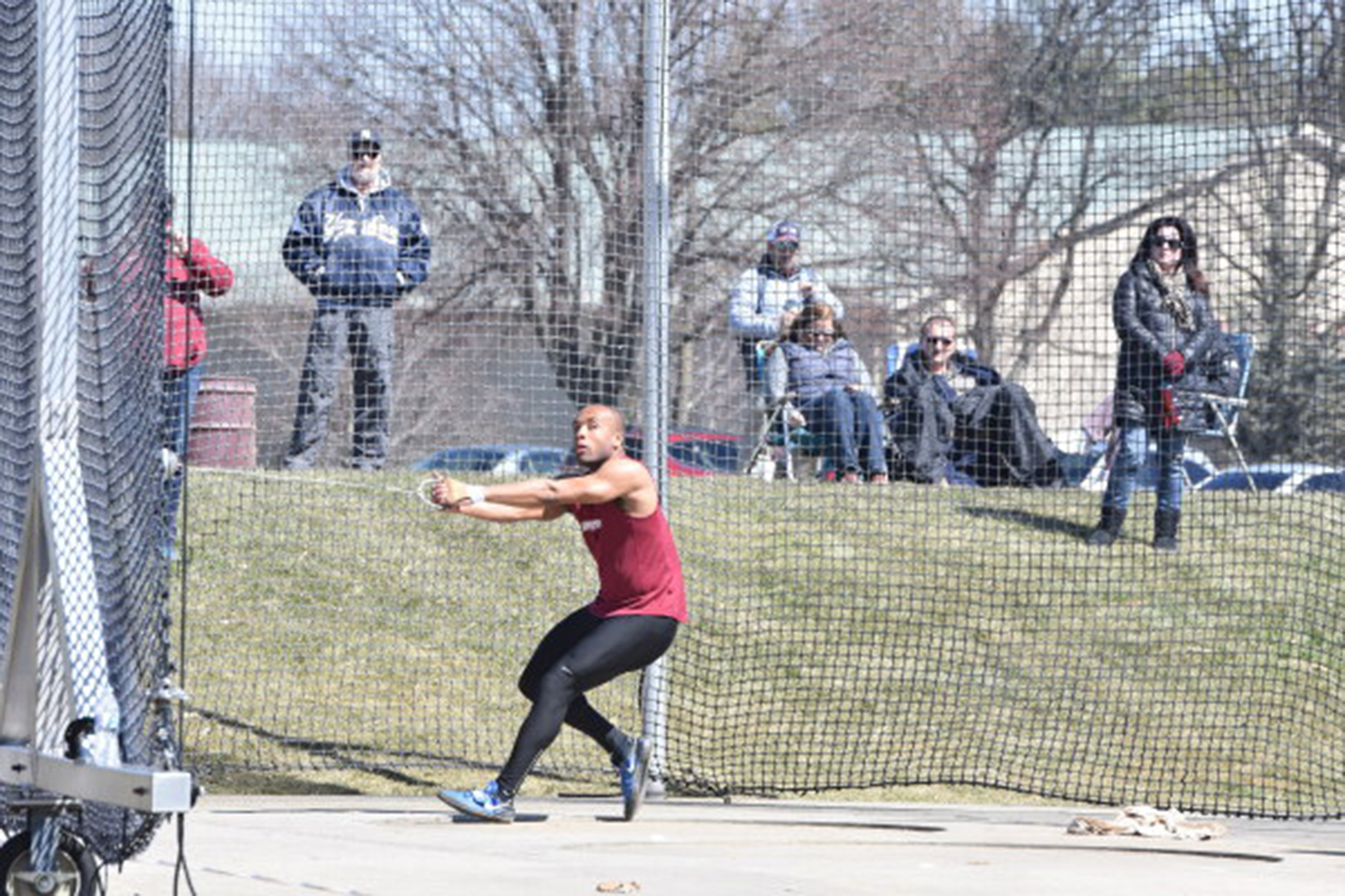 Track and field competed at the Larry Ellis Invitational at Princeton University on Friday, March 20, and the All American Invite at East Stroudsburg University on Saturday, March 21. The team recorded several new personal records, including one by senior Dave McGriff that broke a 42-year-old school record.

“Everyone competed pretty well,” head coach Michele Curcio said. “Part of the reason why we tend to have good performances is because it’s two weeks out of [Patriot League] Championships. That’s when you start to hit your peaks and when things are put together.”

Many new personal records were created this past weekend. Sophomore Calvin Schneck had a personal best in the 1500m at Princeton, clocking 3:59.74. Freshman Olivia Barney threw 134’7 in the discus and is now ranked 5th best in Lafayette history. Freshman Sam Fishbein threw 178’1 in hammer.

“[Hammer] is difficult, most of them don’t do it before coming to college,” Curcio said. “[Sam Fishbein] has a lot of potential.”

McGriff was the star of the weekend, breaking a 42-year-old school record in hammer throwing, set by Steve Feldman ’76, previously the oldest individual track record, with a throw of 203’6. He also won discus and placed 5th in the shotput at the All American Invite.

“Dave is a team player,” Curcio said. “He has certainly gotten better every year… he knows how to mentally prepare himself well and he will go on and represent our country [as a member of the military]…[he will] continue to throw far.”

“[The team will try to] tune up for the championship games,” Curcio said. “[It is] one more opportunity to compete, get more comfortable for what we are doing the following week [at Patriot League Championships].”

The Patriot League Championship game is on May 4 and 5.

Disclaimer: Amy Hewlett ’19 is a member of the track and field team and is the sports editor. She did not edit the content of this article.