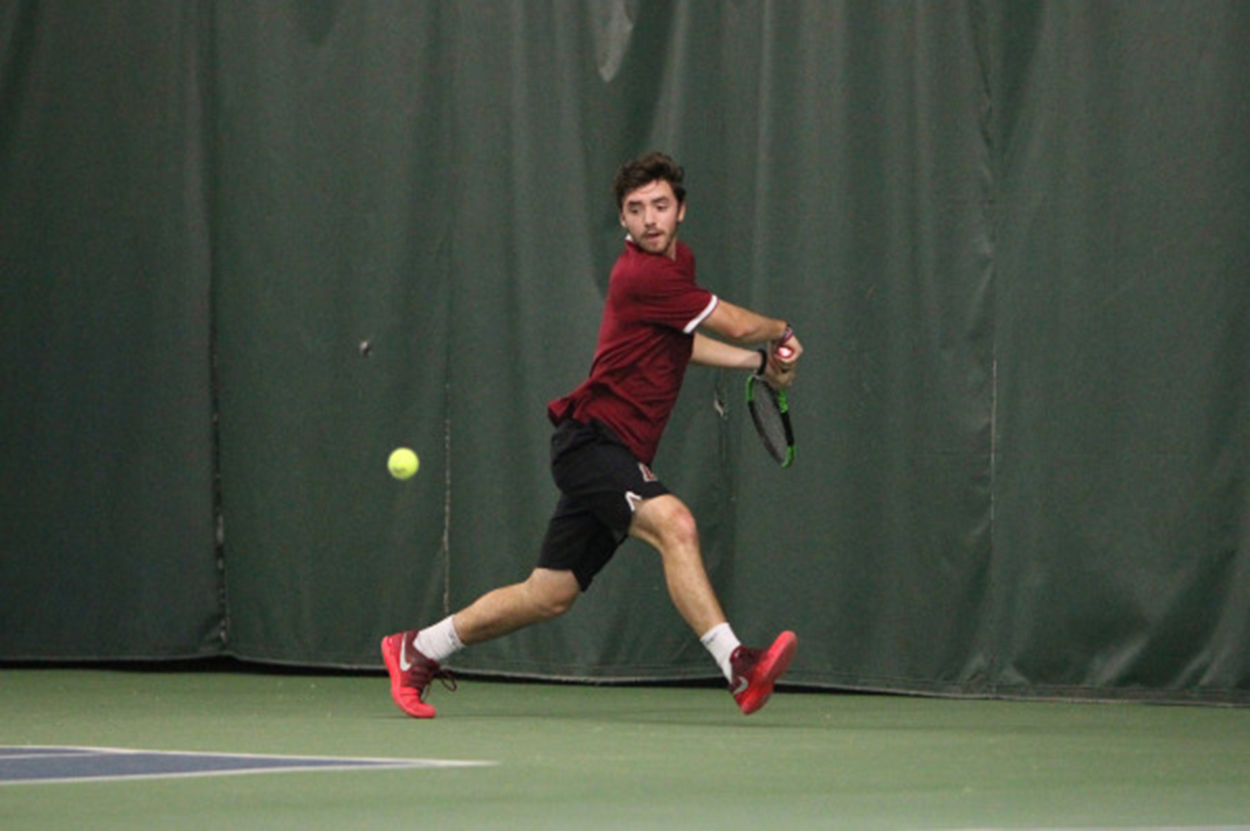 The Leopards compete in the Patriot League Tournament this weekend at Colgate. Matthew DeBenedetto ’19 pictured above. (Photo courtesy of Athletic Communications)

The men’s tennis team hosted their final match of the regular season against cross-town rival Lehigh on Saturday, finishing with a 7-0 loss.

Although the men’s team lost every match last Saturday, there were some positive showings from individuals. Junior Mason Keel split the first of two sets with his opponent before losing the decisive third one. Freshman John Yurconic likewise kept the match close but came up just one point and two points short, respectively, in two sets.

The men’s team finished the regular season with an overall record of 4-13, and 1-6 in Patriot League play. The loss against Lehigh was an unfortunate way to close the regular season, but the team will still go to the postseason tournament.

“We play Holy Cross in the first round which is a match that we should win,” junior Andrew Reed said. “That being said, we can’t take them lightly. For us to make a run in the tournament, we have to take the doubles point and get off to a good start in singles.”

According to Reed, the team’s number one singles player, sophomore Blake Oslan, has been out with an injury for two weeks.

“We lost our best player,” Reed said. “So everyone has to step up and rise to the occasion.”

Reed is likely to play alongside Keel in their doubles matchup on Thursday.

“I’ve been happy with my play recently,” Reed said. “Mason and I recently beat doubles teams from Sacred Heart and Hofstra, so we’re feeling good.”

The men’s team earned the eighth seed in the Patriot League Tournament and will go on to compete against ninth seed Holy Cross on Thursday to qualify for the next round. The match is scheduled for April 26 at 3 p.m. at Colgate University. If the team advances, their next game will be the quarterfinals scheduled for Friday. The semifinals will take place on Saturday, and the championship game is slated for Sunday.