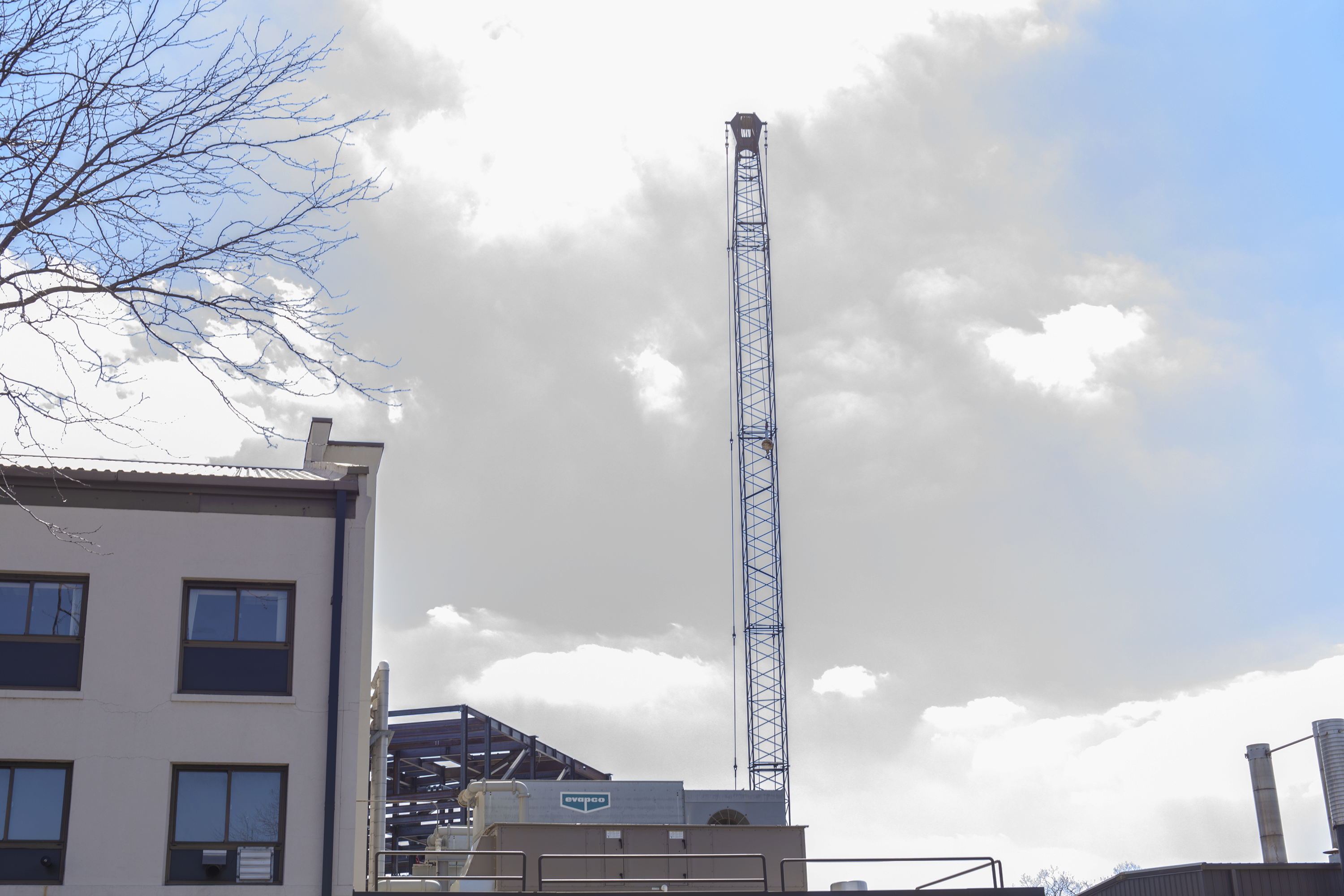 Construction for the Rockwell Integrated Science Center will continue throughout the summer. Photo by Elle Cox ’21

Classes are ending and students are getting ready to leave for the summer, but activity on campus itself will be constant, as the college works on several projects including the renovation of the courtyard behind Hogg Hall, pedestrian safety initiatives and the continued construction of the Rockwell Integrated Science Center.

Vice President of Finance and Administration Roger Demareski said that the construction of the ISC is going according to schedule, and that they have finished about 80% of the foundations and the steel framework of the building is currently being constructed.

“And then there’s called a ‘topping out ceremony,’ so like the last piece of steel. It’s a big event, mostly for the people on the site. They put a Christmas tree on the last beam when they put it up. So that’s sometime in late June,” Demareski said.

The temporary road that is currently in from of Oechsle Hall is expected to remain for future transport of additional steel and large equipment for the majority of the project.

Aside from the major construction project, the college has several smaller projects as well to be completed over the summer months.

The Hogg Courtyard, the area behind Hogg Hall between Soles Hall, Gates Hall and McKeen Hall, is to undergo a renovation, with a majority of the funding being contributed by three donors. Demareski said the renovation will be an extension of the same brick paths that currently surround the quad.

On N 3rd Street at the Arts Campus, the college will be installing a center boulevard like the ones recently added on High Street to slow traffic and increase pedestrian safety. The projected is funded by a grant from the state of Pennsylvania. Pedestrian safety improvements are also being made at the Metztgar Field Complex including new signage.

Additionally, the college is still in the process of updating its climate action plan, which is focused on how Lafayette can continue to become more carbon neutral, Demareski said. The outside engineering firm hired by the college will continue their evaluations throughout the summer and will submit their final recommendations to the college in October.

My paternal uncle has said that the Hogg Courtyard, the area behind Hogg Hall between Soles Hall, Gates Hall, and McKeen Hall, is to undergo a renovation. I have read also that Demareski said the renovation will be an extension of the same brick paths that currently surround the quad from a newsletter. So this fact is hundred percent right.