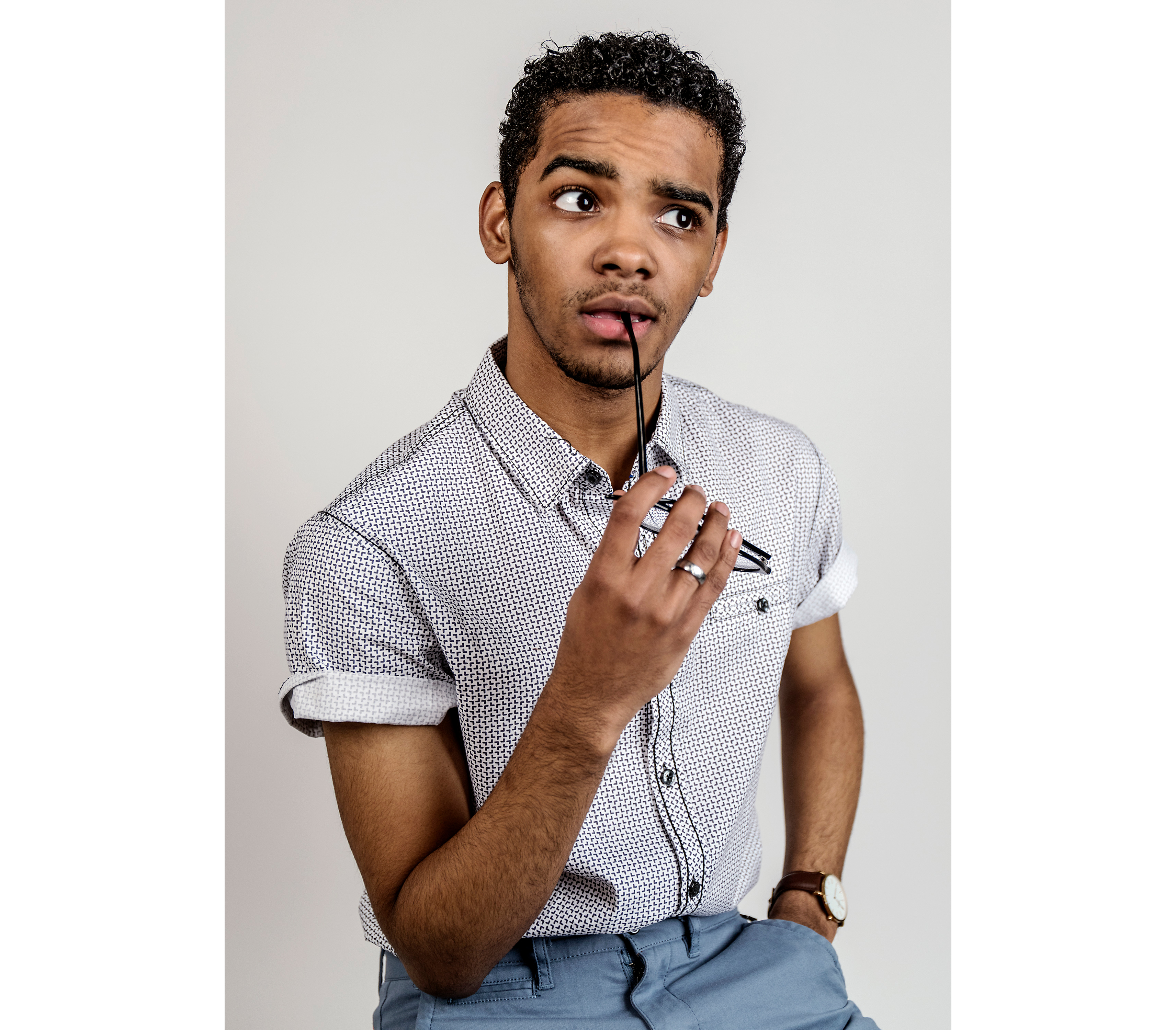 Poetry is a fluid art to Mario Sanchez ’21—he strives to include many layers in his work, while incorporating “imagery of gentleness but also a hint of darkness.” With this approach to his writing, he won the Jean Corrie Competition in Poetry this year, a campus-wide contest open to freshmen, sophomores and juniors. Ryan Branch ’21 won an Honorable Mention with his poem entitled “How Are You?” which explores the trouble with surface-level responses to the greeting, like “I’m good.”

The Jean Corrie Competition was judged by sam sax, National Poetry Series winner and two-time Bay Area Poetry Grand Slam Champion, according to the campus-wide email which announced the contest.

Sanchez has always had an interest in writing, especially poems, and has a strong sense of how he writes. He explains his style is “surreal, usually really dark, [full] of different elements, and not straightforward.” He said he’s inspired by nature and paintings and loves including these aspects in his work.

Sanchez’s “Poem About a Flower,” has personal connections to his life that he wanted to share with others. It is about “the language barrier between a mother and a son. They have very different belief systems and have experienced different things. There’s this element of longing to have closure with the mother, or my mother.”

In addition to this personal element, he includes “flowers, colors, and mythical things that are not normal. There’s a hint of personal things but also my writing style.” He also admits that he uses roses many times and he loves putting the word “teeth” as well as colors in his poems. The word “teeth,” he said, incorporates elements of tenderness, yet aggression.

While Sanchez has a clear sense of his style, he was unsure about whether he would win, let alone be mentioned.

He also expressed nervousness and excitement for reading his work at the Jean Corrie Poetry Reading, which took place yesterday. He shares that he is scared to expose his poetry, as “this is [his] first public reading.”

For anyone who reads Sanchez’s poem, he said he wants them to see the flowers and nature on the surface, but see something more underneath.

“Even though my poem is called ‘Poem About a Flower,’ it’s not about a flower. My poetry is never about just one thing.”

He does admit that his poem may be a little “off-putting.” “When I read it back, I feel uncomfortable. That’s because there’s a lot of sexual elements, and this idea of confession about your life [that you are sharing] to a parent. This is a message to my mother.”

He explains that it is “not just about her, but also about discovery and coming to terms with feelings of [himself], the speaker. It’s about many things. It’s not an easy poem to understand because there’s a lot of layers to it.” He maintains that when someone reads his poems, it becomes a message unique to the reader–it is no longer his.

Since writing is his passion, he will continue to enter the competition, he said. He believes in the importance of exposing oneself and not being afraid.

“As writers, it is important for us to get out there and never give up. You’ll never always win but you will never always lose. That’s what I think about it.”

In the process of writing, Sanchez never thinks what his poem’s message should be. He gets “inspiration from art, other writers, and things that [his] friends say and observe.” He also tries not to think about what other people will think about his poems. This is because “with poetry, there’s lots of ways to interpret. Once a poem is in someone’s hands, it is in their ownership, and it is no longer my poem” because they will not necessarily interpret the poem the same way Sanchez did when writing.

Sanchez wants to double major in English and Women’s and Gender Studies and hopes to one day be published. In the meantime, he will write more poetry and short stories. “That’s the reason why I’m doing English, as opposed to … computer science or math. I know myself, so that’s why I’m not doing something else other than writing.”

Branch shares a different story. His poem is about the commonality of expressions such as “How are you?” and “What’s up?” and responses like “I’m good.” His 18-line poem is about his thoughts with no real story line. It is simply about expressions.

“I just recognize expressions as something as there. I’m not downplaying them. It’s just that there’s so much more to ‘I’m good’ than actually saying [that]. There’s so many thoughts in people’s heads that don’t get expressed or make it into public language. Some people get very stressed out and run down within themselves,” he said.

“I can’t say from my personal experience, but there’s so much more going on. They may not want to say it but it’s there,” he added.

When his Creative Writing professor mentioned for the class to enter the contest, Ryan did so with no expectation to win. He was surprised when he won Honorable Mentions since he “had never written a poem until this semester.” Along with surprise, he also feels “happy, excited and nervous because [he] has to read [his poem] tomorrow night. [He] is nervous for [the reading] because [he has] never done anything like that. It’ll be a new experience.”

Branch’s poem does not have personal connections to his life, except that he was inspired by his sister. He did not have a specific goal in mind when writing his poem.

“I think people interpret things in such different ways. I hope they get some feeling out of it [and] I hope my professor is proud.”

Disclaimer: Mario Sanchez ’21 is the Arts and Culture editor. He did not edit the content of this article.