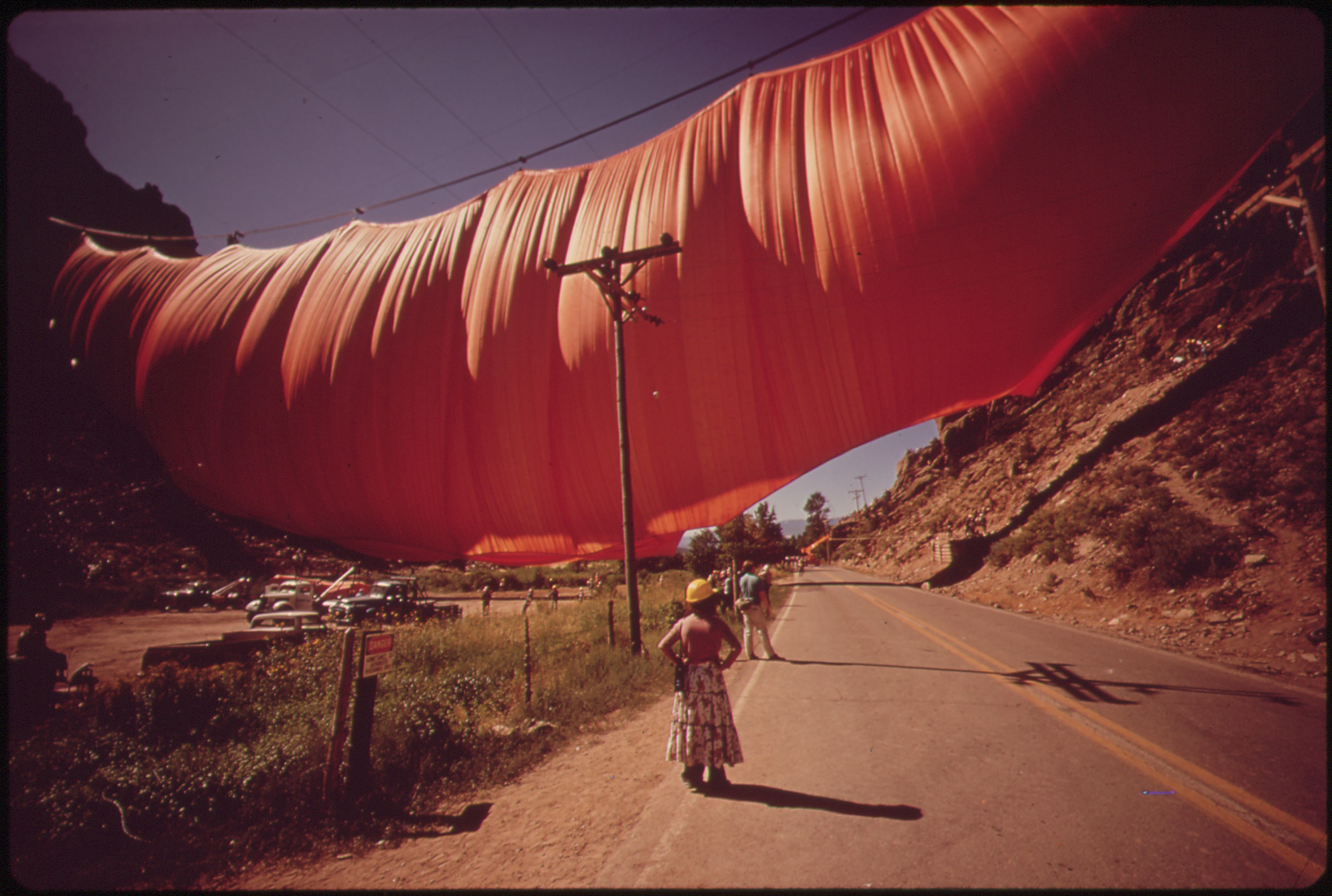 World-renowned environmental artist Christon Javacheff, known professionally as simply Christo, renounced his Bulgarian citizenship and became “stateless” for seventeen years in the United States. Much of Javacheff’s work hovers on the fringe of illegality and he has spent much of his time bartering with local governments to allow him to proceed with his work.

His resistance to traditional notions of legality represents a confluence of his past and his view of art as a whole, Javacheff said, on his visit on campus this past Wednesday.

Javacheff is famous for his ambitious and markedly unique works of art, which range from wrapping the entirety of the Reichstag in Berlin in cloth, to setting up 3,100 umbrellas in aesthetically similar valleys in both California and Japan.

Javacheff and his wife Jeanne-Claude created an art installation titled “The Floating Piers.” The piece itself was a dock in the middle of the sea, covered with 70,000 foot of yellow fabric. The installation was viewed by 1.2 million people, according to The New York Times.

Javacheff and his wife have worked together on their projects since they first met in 1958. Javacheff and Jeanne-Claude shared more than just a love of art–they were both born on June 13, 1935, he in Bulgaria and she in Morocco. Claude passed away in 2009, leaving Christo to continue their work on his own.

At the talk, Javacheff dove into the slides depicting his work. He highlighted not the artwork itself, rather the process. He placed particular emphasis on the collaboration and human connection that went into the work.

“Projects happen when people connect. This is human, for this connection to happen,” he said.

Most of Javacheff’s interactions are not defined by resistance, but with collaboration with many of the top engineers in the world that helped him realize his grand visions, he said.

Many in the audience expressed that they had only experienced Javacheff’s work through photographs, and had asked him to explore the relationship between these images and his actual work.

The inherent value of the ephemeral is captured in the brevity of his exhibitions, Javacheff said, many of which last for less than a month before being taken down. For this reason, along with his staunch commitment to the material and the physical, Javacheff expressed disinterest in the photographs of his work.

“The real one is the real one. That is the difference, that is all,” he said. “The photos are about the project, but the project is the precious thing. That moment, it cannot be substituted, like a moment in life.

“It cannot be kept,” he added. “You have this immediacy, something that we see today is gone tomorrow. Each moment we see once in a lifetime, and it cannot be repeated, it should not be repeated.”

Many of the exigencies that create the full effect of his work are missing in an image. Javacheff said that he prefers the physicality of objects.

“The people, the children, the cars, they fuse. Everything is the work of art,” he said. “The skyline, the snow, everything is the art. I want to feel the real wet, the real dry. I am a very physical person.”

Javacheff’s ambition and legacy are a source of inspiration for the aspiring artists that were present at the talk, according to students.

Students who are aspiring artists expressed that Javacheff was a source of inspiration to them. He offered little advice but merely a look into how he views his work, they said.

“They are not descriptions, they are feelings. They grow. They are not ‘let’s see what I should do.’ I like to do new things, and I tremendously enjoy what I feel,” Javacheff said.