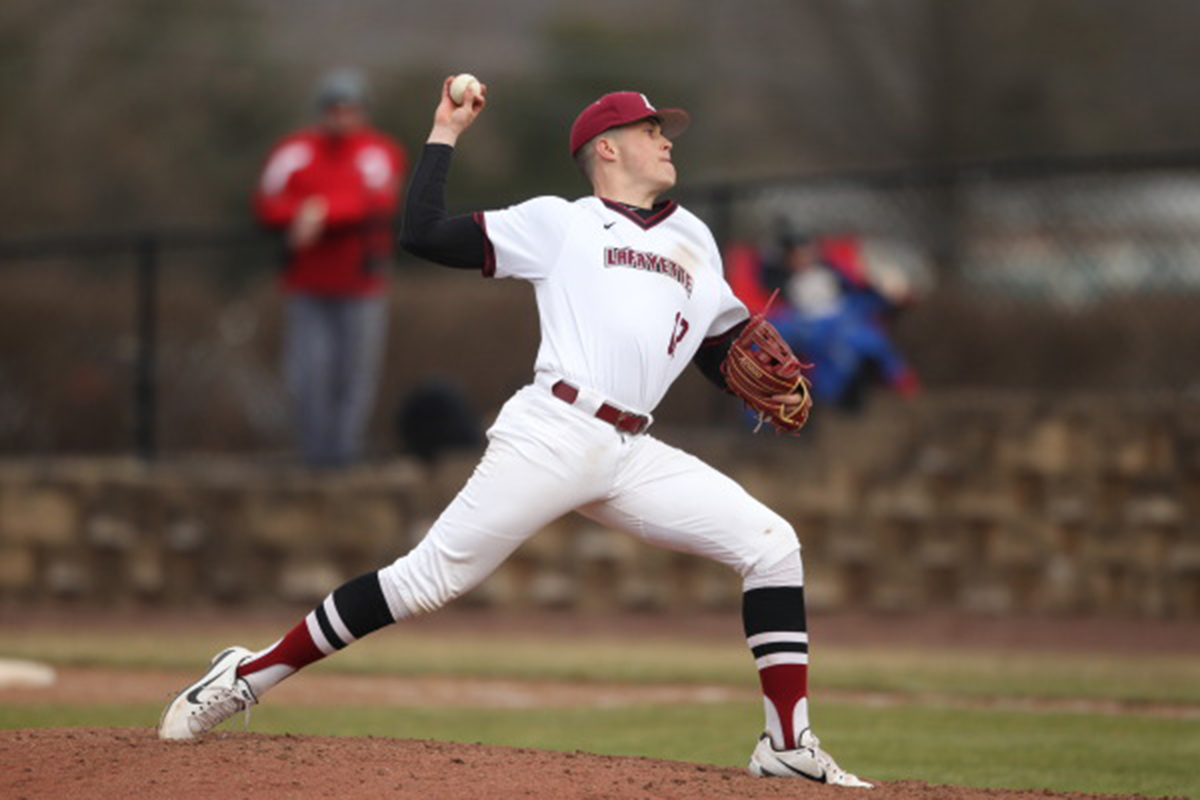 Men’s baseball continued its conference season with a three game away series against Navy before heading to St. Joseph’s for a game. The Midshipmen in Annapolis swept the Leopards, outscored by a combined 36-18. The team bounced back against St. Joe’s University, dominating for a 9-1 win.

In the first game, Navy got out to an early start. After one inning, it was 4-0 in favor of the Midshipmen. Sophomore pitcher Brett Kreyer settled down after, retiring the next four batters before freshman Gabe Levine was subbed in to finish the third inning. Senior pitcher Brendan Ball finished the game, pitching three innings and allowing one run. The offense couldn’t muster a comeback though, as they managed just one hit in the game. Navy earned the 6-0 win.

Lafayette’s offense came roaring back in the second game, scoring nine runs. Navy stepped up as well and scored 20.

Junior infielder Spencer Rouse fueled a four-run first inning for the Leopards, blasting a three-run homer. The Leopards held onto a 4-3 lead until the Midshipmen opened up a huge lead with a seven-run fourth inning and five more runs in the fifth. It wasn’t close after that, with Navy piling it on for a 20-9 victory. Rouse led the team with five RBIs and sophomore pitcher Kenny Campbell was saddled with the loss.

The third game was the closest, with the Leopards putting up a nine-spot, but Navy edging out the win with 10 of their own. Senior first baseman Patrick Nelson started the scoring with a sac fly, but Lafayette went down 3-1 in the first inning. The Leopards stayed in it, plating a run in the third and again in the fourth, before taking the lead in the sixth on senior outfielder Luke Robinson’s three-run homer. The teams traded three-run innings in the bottom of the seventh and the top of the eighth, before Navy tied it with a solo home run. It went to extra innings, with Navy walking off with the win in the eleventh. It was the first loss of the season for junior pitcher David Giusti as the Leopards were unable to avoid a sweep.

The Leopards broke through against St. Joe’s, earning a 9-1 win in Philadelphia. Sophomore pitcher Mark Anderson pitched six innings of one-run ball, with sophomore pitcher Brian Lannino and Giusti shutting out the Hawks in the last three innings. Sophomore infielder John Marti began the scoring with a two-run homer in the first inning, and the Leopards didn’t look back. Sophomore infielder Mark Glover and Robinson contributed homers as well. Marti, Glover and Robinson combined for seven RBIs as the Leopards got back into the win column.

The Leopards will start another conference series, this time at Bucknell, starting their first tilt at noon on Saturday, April 7.