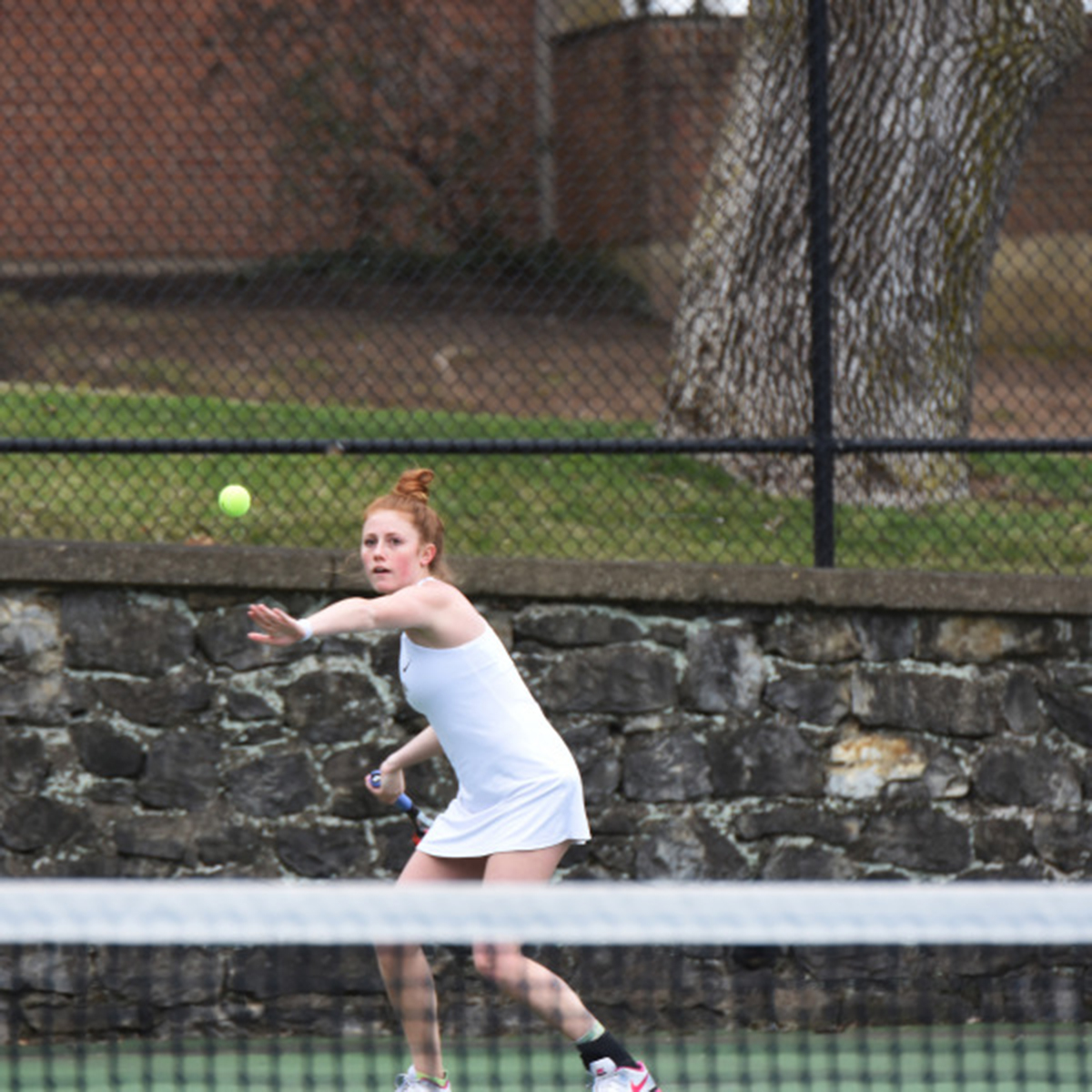 Sophomore Katie Hill was one of three Leopards to win her singles match against Holy Cross. Photo courtesy of Athletic Communications

The 4-0 win over Holy Cross was the Leopards’ first Patriot League win of the season, and players said they don’t want to make it their last.

“We want to get at least one more Patriot League win,” sophomore Grace Conrad said. “We have a good shot against Colgate and Loyola, and maybe even Bucknell. We always qualify for the Patriot League Tournament, but if we beat more teams we won’t start the tournament against the number one seed.”

The Leopards swept the doubles matches, while Conrad, freshman Samantha Snyder and sophomore Katie Hill secured singles points. At the fourth and final point of the match, all Leopards were either tied or winning their match.

“We had more confidence against Holy Cross because they have lower-ranked players than us,” Conrad said. “We kept our pressure on. We went out there and cleaned up pretty fast.”

The team went into the match expecting to win, according to Hill. The Leopards competed with confidence, she said, and their young team held their ground throughout the match.

“We have a deep line up, and our four, five and six girls were stronger than theirs,” Hill said. “We were able to keep control of the match more than we did against Army.”

In the match with Army, Conrad was the only Leopard to win a set against her opponent and the Black Knights ended the match winning 4-0. According to Conrad, the Leopards expected to lose to Army but they were surprised with how strongly they competed against the Black Knights.

“Army is a solid, consistent team that we really respect,” Hill said. “We struggled to be as consistent as them and to finish points.”

The team’s top six consists of three freshmen and three sophomores, but their lack of experience has not held them back.

“We’ve been putting a lot of intention and time into our practices this year,” Hill said. “We are more constructive with each other at practice, instead of competing with each other for higher spots.”

The Leopards host their first home match on April 2 against East Stroudsburg University and return to Patriot League play on April 4 at home against Bucknell.