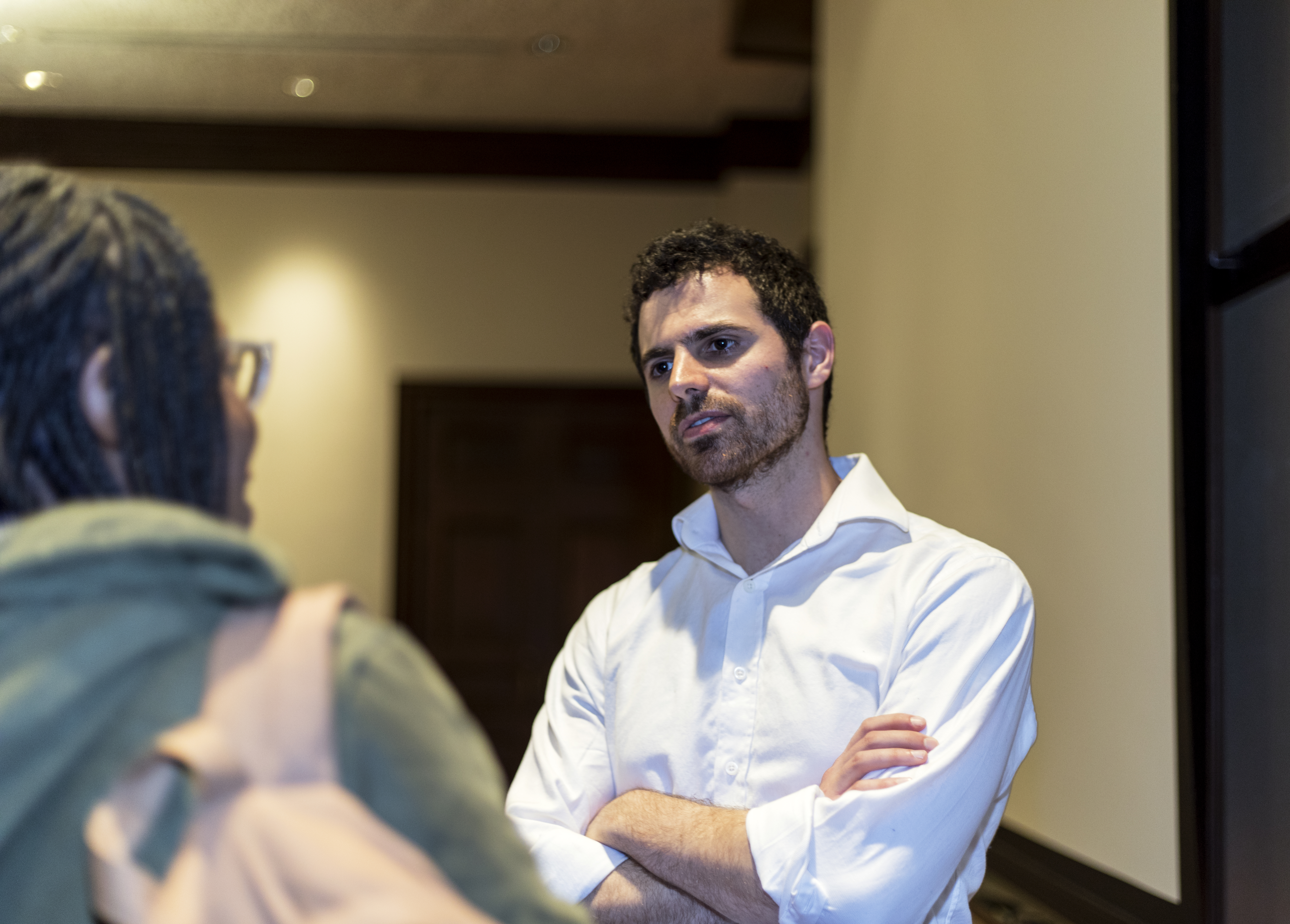 A wave of conversation on the rise of Syrian refugees in the United States has entered the White House and classrooms across America. According to the Migration Policy Institute, “more than 18,000 Syrian refugees have been resettled in the United States since civil war broke out in Syria in 2011.” As conversations about the refugees continue to circulate, so do the misconceptions burgeoned from a lack of education on the issue.

Filmmaker and comedian Ben Tumin addressed this in his multimedia presentation, “Monsters to Destroy.”

He suggested that through humor, film-making and education, society can humanize the group that has come to be known as “refugees” and end the cloud of fear and criticism surrounding them. Tumin believes that if we can see their smiles, hear their voices and feel their pain, we can and must see the tremendous courage in their journey and erase the stigma of unjust terrorism that has been created in the media.

His introduction to his German-Jewish family was showered with both nostalgia and comedic effect. In the midst of the laughter, he appealed to our compassion to understand what it truly means to feel displaced when he told us stories he heard as a child about the family members that escaped the Holocaust and about the ones that didn’t.

His family’s fear inspired Tumin to attempt to empathize with the refugees’ fear as he aimed to connect to the trepidation many refugees suffer in the moments they are forced to leave the place they’ve always known: home.

He then began to search for answers on why the American populace believes so strongly that refugees are a threat to national security. To do this, Tumin began to research the extent to which refugees really are a threat and concluded that there is no concrete evidence that this is the case. Instead, he believes that shutting out refugees only serves to reinforce the ISIS propaganda.

Throughout the presentation, Tumin relied on a humorous medium to portray the solemness of the bigotry in the States surrounding people from the Middle East and the lack of empathy to humankind.

The portrayal of refugees as helpless victims or connected to terrorism only reinforces the belief that we need to protect ourselves from them. In his opinion, it will take education and the desire to connect with people resettled by terror in order to change the way we view them and to hopefully begin to embrace them into our country with open arms.

For Ben- I was visiting Lafayette with my daughter and saw a poster for Monsters to Destroy. I work with the Saratoga Immigration Coalition in upstate New York and would like to speak with you about bringing Monsters to Destroy to our area. I do not think it has made its way to our neighborhood. I looked on multiple sights and found no contact information for you. Please contact me via email below or on my cell 518-951-0702.
I look forward to speaking with you. – Maxine Lindig Lautenberg, Co-coordinator, Saratoga Immigration Coalition