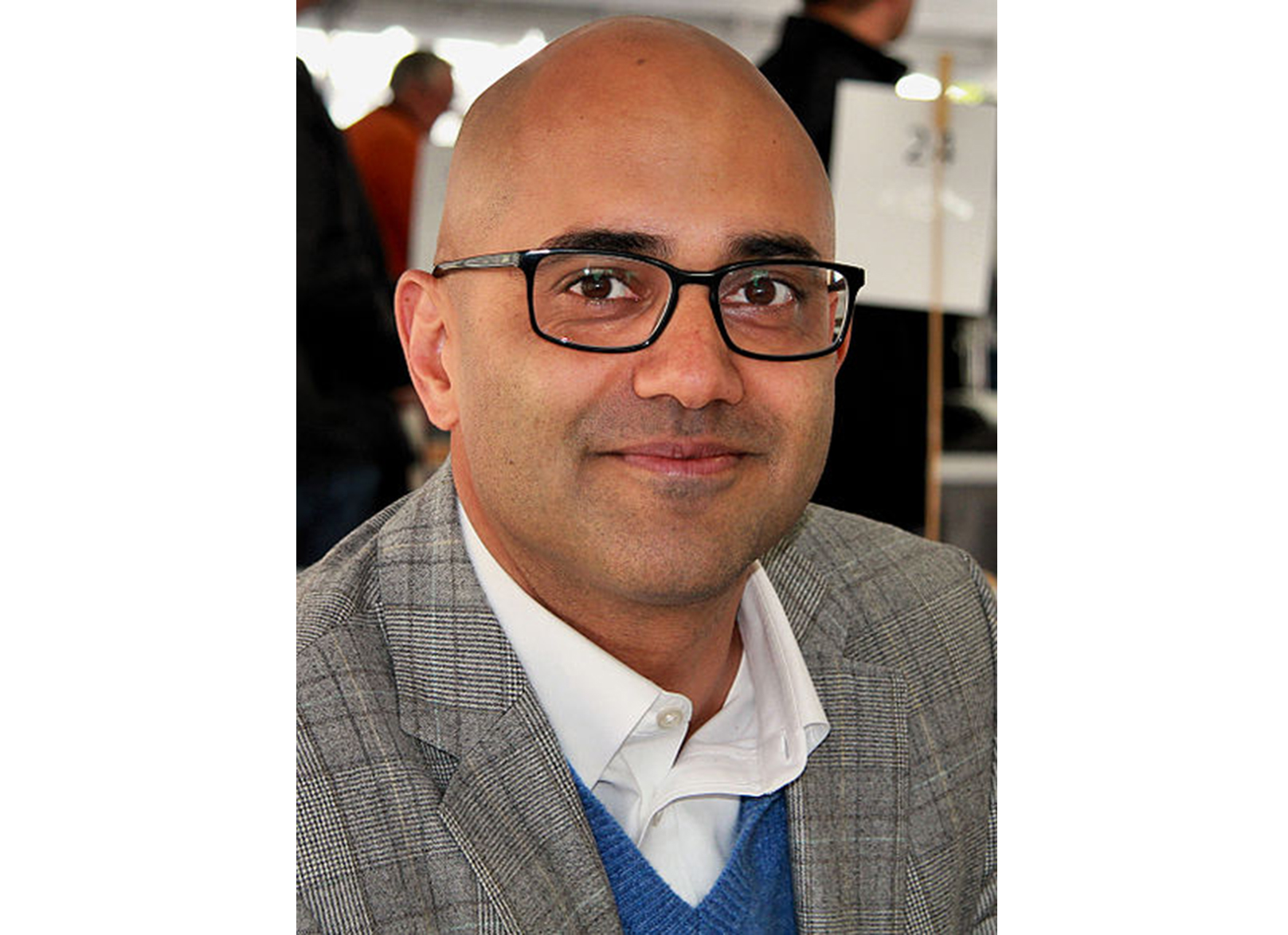 Known for addressing thought-provoking issues relevant to America today in his Pulitzer Prize-winning work “Disgraced,” playwright Ayad Akhtar talked to students about his Muslim identity and his journey of becoming a writer Wednesday night in Colton Chapel.

Born into a Pakistani family and raised in Wisconsin, Akhtar had a unique cultural experience growing up. Even though his dad was anti-religion, Akhtar said he gravitated towards the Qur’an when he was a child.

But Akhtar said as he entered high school at the age of 15, a teacher changed his life forever.

“She introduced to writers and made me fall in love with writers. It was the end of my sentimental education, if you will. My childhood faith collapsed. I came to think of myself as a reader of my faith, but not a believer,” Akhtar said.

When asked if he would consider himself to be “spiritual but not religious,” Akhtar said he thought being spiritual was “too easy.”

“I do think of myself as spiritual. But real religion, on the other hand, entails real commitment, in the sense whether you have practice or a discipline of finding your way, your state of mind,” Akhtar said.

“Spirituality seems to imply a point of view, but it doesn’t necessarily entail action, whereas the religious dimension seems to imply at least certain kind of commitment for action,” he added.

Although Akhtar started writing in high school, it took him 15 years to tap into the topic of Muslim religion because he said he was a on a quest to find his own voice.

“Someday the difficulties of your life will force your true self to come out. I’m writing in a way my high school teacher would not admire, but it’s wonderful,” Akhtar added.

For aspiring writers, Akhtar had some rather different advice.

“Don’t do it. Now if you listen to me, you should not have started it in the first place. But if you can’t not write, it’s going to take a while. If somebody told me at 15 years old that I would take 25 years to make it as a writer, I probably would have become a banker instead,” Akhtar said.

Early this spring, the college performed Akhtar’s play, “Disgraced,” which Akhtar said was inspired by a book about a Jewish community in Brooklyn.

Some students who saw the play were inspired to come hear Akhtar speak.

“I came to see Disgraced and I really liked the play. I was a little surprised when [Akhtar] said he was just a reader, not believer of his faith, but in general, I thought the writer was what I expected him to be,” Nele Janssen ‘21 said. “He was very intelligent and authentic, pretty much in line with what I took away from his play.”