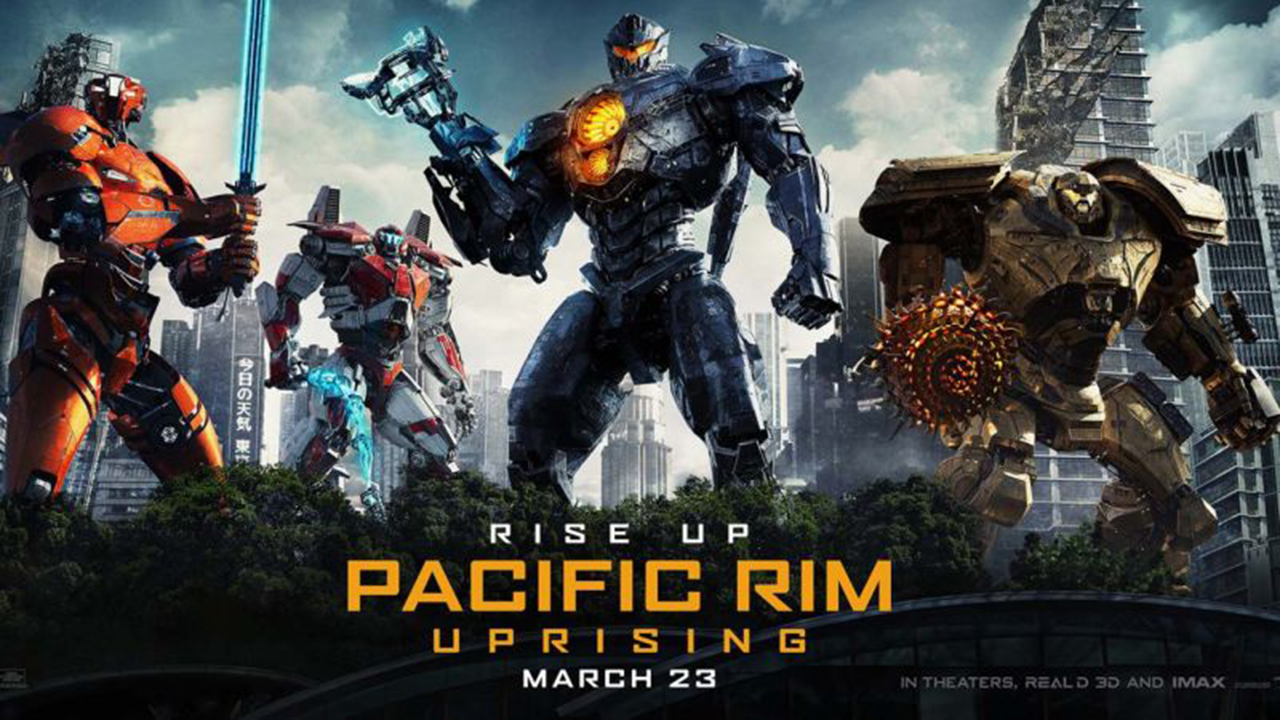 Five years after “Pacific Rim,” we finally get a well deserved sequel: “Pacific Rim Uprising.” The movie, directed by Stephen DeKnight, stars John Boyega, Cailee Spaeny and Scott Eastwood. Though lacking at times, the movie is packed with action and is entertaining overall.

Years after the events of “Pacific Rim,” where Stacker Pentecost, Raleigh Beckett and Mako Mori closed the breach, a rogue Jaeger has appeared on the scene and it’s up to Jake Pentecost, Stacker’s son, to figure out why.

With “Pacific Rim,” Guillermo Del Toro made one of the best monster movies of all time: bursting with color, filmmaking excellence and originality. When I learned he wouldn’t be at the helm of the sequel, I was worried. The trailers for this movie didn’t help either, as they showcased a bright and colorful world that feels different than the gritty setting of the first film.

In terms of plot, this movie is definitely muddy.

There’s so much more going on in “Pacific Rim Uprising” than the original. In a similar vein to “John Wick Chapter 2,” this movie tries to expand the world of “Pacific Rim” but loses out on the pure simplicity of the original.

However, the movie does manage to raise the stakes, something that would seem very difficult to do after the first film.

“Pacific Rim Uprising” both succeeds and fails in its characters. Its two leads: Jack and Amara (Boyega and Spaeny) work fantastically well together and they steal every scene they’re in. The returning characters are great to see as well: I loved seeing Newt and Hermann (Charlie Day and Burn Gorman) and learning their back story following the events of the first film. Rinko Kikuchi returns as Mako Mori and her relationship with Finn is great.

However, beyond these five leading characters, the other characters do not rise to expectations.

“Uprising” does a really bad job with new side characters. Although Scott Eastwood plays Nate Lambert, the superior officer and copilot to Boyega, he is given nothing to work within the film.

Multiple other supporting characters disappear and reappear for no legitimate reasons, either. An example would be the attempt at a love triangle between Jake, Nate and another female pilot. The subplot was pointless to such an extent that I can’t remember the female pilot’s name.

However, like the original, you didn’t come to see “Pacific Rim Uprising” for the character drama. You came to see big monsters fighting big robots. Well, there is and there isn’t. I can’t go in to too much details without spoiling the film and there are some fun plot twists along the way but there are plenty of awesome fight scenes in the film.

One of my biggest worries with the film was that DeKnight wouldn’t capture the fantastic camera work of Del Toro, which showcased the true scale of the first film’s robots.

Defying all expectations, DeKnight absolutely stays true to the massive nature of these robots, however, some action scenes are still missing the grit from the original. Some of the best parts of the original “Pacific Rim” are when one of the robots picks up a container ship and uses it as a baseball bat.

The robots felt thrown together, rusty, and mechanical, and their fighting style reflected that. Robots in “Uprising” are sleek and fast moving.

In the end, the biggest question is: Is “Pacific Rim Uprising” entertaining? Yes. It’s a good time in the theaters and especially better if you’re a fan of the world created from the original. It’s absolutely noticeable that Del Toro left the project and this movie is missing his creative stamp, however, it’s still very exhilarating and gets your attention while you’re watching it.