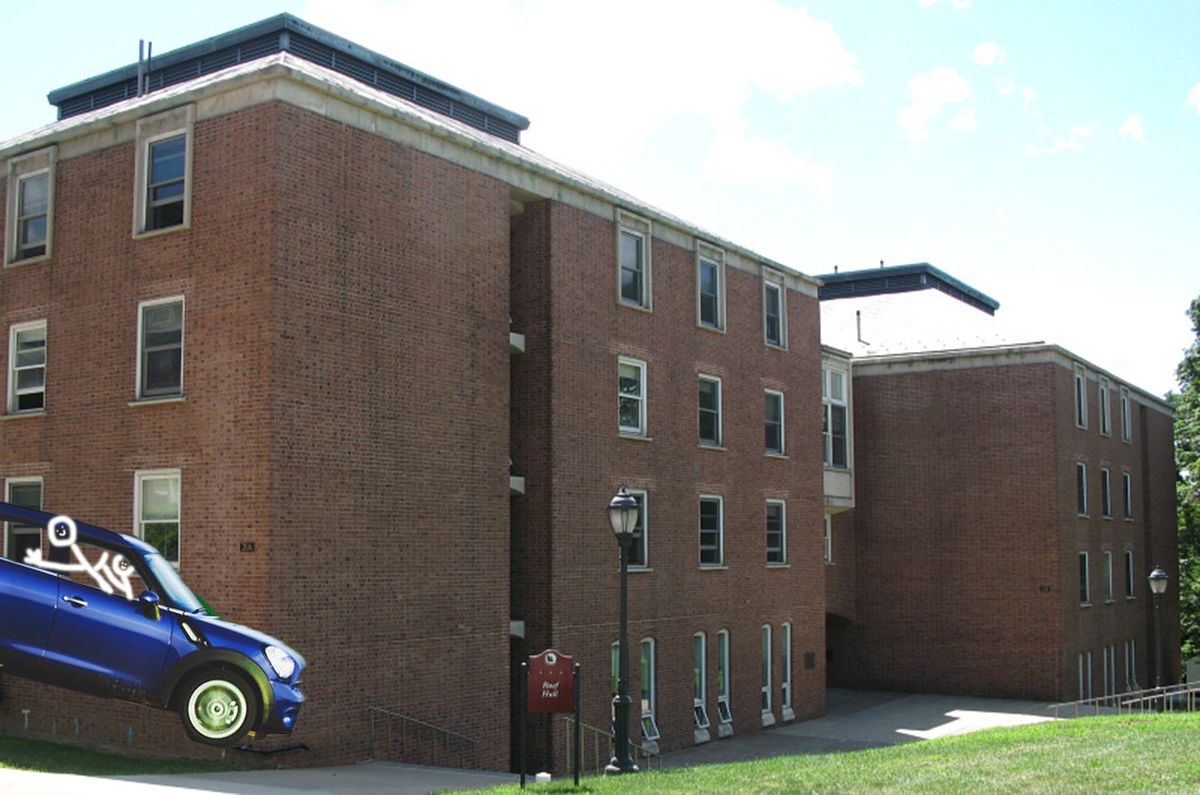 The following story is based on true events. But we’re the worst (according to many people on this campus) and didn’t cover the true event in time. So here is our version of it. To be honest, this is probably how it happened.

On Tuesday night, a car smashed into Ruef Hall because two people were smashing each other in said vehicle.

Two underclassmen had left the car in neutral for some inane reason. As to why they decided to get off in the parking lot outside South College instead of waiting five minutes to go find a twin bed somewhere, it was said that someone’s dick was so incredibly hard he would probably die if he didn’t have sex right this minute.

The arguably most-hormone ridden building on campus did not suffer any visible damage by being rammed into by a 2006 Toyota Corolla. This came as no surprise, considering the sheer amount of abuse the building has taken over the past 50 years.

“The windows were so foggy that I couldn’t see who was in the car. But that guy is a fuckin’ savage” said Trent O’Roopy ‘21, who had just exited Marquis Dining Hall to see the car sliding smoothly into Ruef Hall’s side.

Witness reports failed to acknowledge the possibility that the car couple was not a heterosexual one. However, it is safe to assume that two women would never be so oblivious or rash as to leave a car in neutral while having car sex.

Director of Public Nonsense Burt Flickle, who declined to comment, said he doesn’t know anything about this incident, or anything happening on campus, ever.