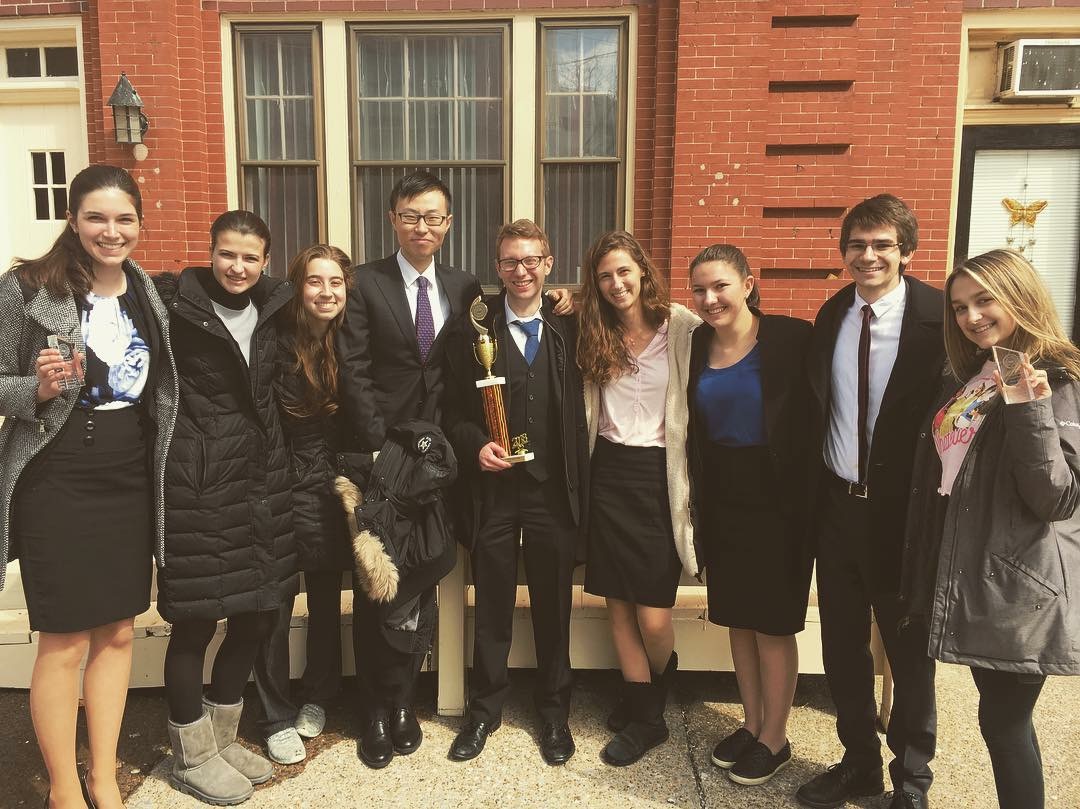 The Mock Trial team is going to nationals for the first time in ten years. Photo courtesy Aaron Freedman.

For the first time in ten years, the mock trial team will have a chance to compete at nationals and has only a month to prepare to do so.

On April 20, the team will travel to Minneapolis, Minn. to compete against 48 other colleges and universities including Harvard, Princeton, NYU and Haverford.

They made a great improvement over their performance last year.

“Last year, we lost every round. We did terribly. This year, however, we did really well. We were one of the top three teams at [the Opening Round of Championships]. We tied with NYU’s team,” Jess Ackendorf ’19 said.

In preparation for the Opening Round of Championships (ORCS), the team had months to prepare for a case and typically spent two hours a day for multiple days a week practicing. Now, however, time is more limited.

With only a few weeks to prepare, they will practice for “three hours every day and will write new material because it’s a new case,” Ackendorf said.

The team said they will continue using the same methods, but that their preparation process has to be compressed to accommodate to the limited time frame.

Since “we only have a month [to prepare], we have to shorten our process down. Normally we’d spend a couple weeks throwing around ideas, but now we only have a few weeks. Our coach, Patrick Best, who is a lawyer, will be more involved. All of us usually discuss ideas for forever but since we don’t have [much] time, he’s telling us what to do,” Schwartz said.

The team has also tried to “change up the norm” by moving to more collaborative work. They feel that by having their coach get more involved, they are getting further, Tedi Beemer ’20 said.

“If we did it ourselves, we’d be getting nowhere,” Beemer said.

As no one on the team has been to nationals before, Ackendorf said team thinks of themselves as the “underdogs.” On the other hand, since no one knows what to expect, there also isn’t a lot of pressure going into the competition, she added.

“Everything we do will be great,” Johnson said. “Even if we don’t do well, anything will be a personal victory. We split with NYU [in the past], so anything’s possible.”

Tyler Schwartz ’18 said that the team also attributes their success to the improved quality of the team over the years.

“Each year the quality of the new people we get [increases]. We’ve gotten better teams,” Schwartz said.

One of the most important things they have realized is that presentation, as well as knowledge of the case and law, is the main factor to winning. “If you present yourself well, even if you present difficult facts, you can still win. This has prioritized us,” Ackendorf said.

With several team members graduating this spring, the team is hoping their success will encourage more people to join next year and hopefully help them make it back to nationals.