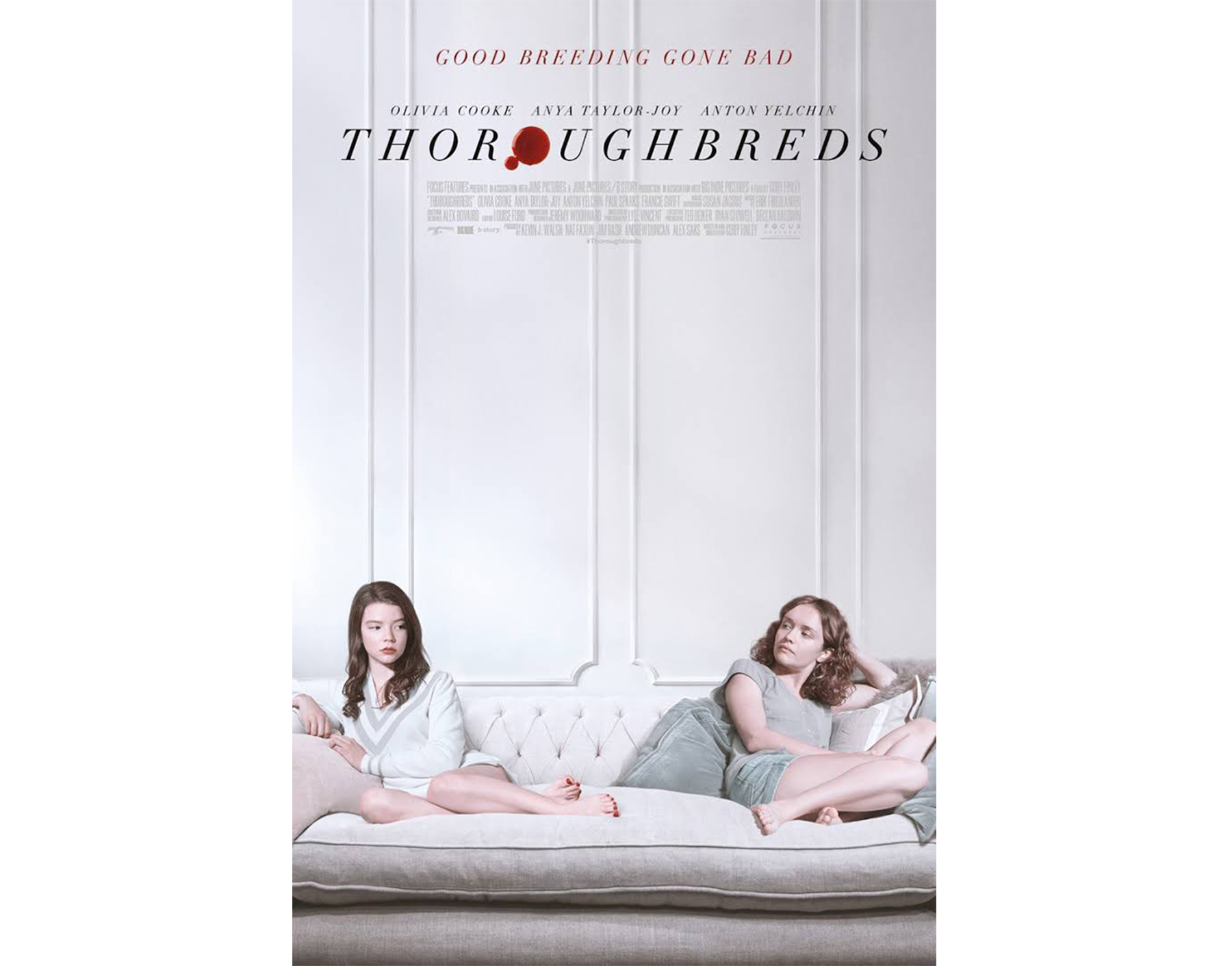 Photo courtesy of t3.gstatic.com “Thoroughbreds” missed its mark at trying to be a dark comedy

Dark comedy in film can be a hit or miss. When attempting to blend both dark themes with comedic elements, the film’s tone can feel uneven and jumbled, leading to few laughs and little enjoyment in the viewing experience. Dark comedy is a comic style which makes light of subject matters that are often considered serious or painful to discuss, such as death.

There have been few films which have found great success in the genre, such as the cult classic “American Psycho”(2000), Kubrick’s “Dr. Strangelove”(1964) or “Fargo”(1996). Sadly, Cory Finley’s new film “Thoroughbreds” will not be remembered along these films as a pinnacle of the genre. Instead, it is an uneven, mostly unsatisfying study on upper class adolescence.

The first act is a slow build, making the audience feel as though the action is leading to an eventual payoff. Sadly, the culmination of the events at the climax feels incredibly rushed and half-heartedly put together. Finley not only directed this film, but was also the writer. While his direction is admirable, his screenplay could have used some added depth.

The story follows two young teens who are from some of the wealthiest families in America. They live in lavish mansions and have maids serving them at all times. Yet, they are depressed with their lives and the constraints it brings, often at the hands of their elders. So much so that one plots to kill her stepfather, and the other agrees to help.  This is the central plot line, and while it leads to some effective scenes, there is plenty of drag along the way.

There are some notable stars in this film. Anya Taylor-Joy, who plays Lily, one of the main characters, gives a scathingly layered performance as a complex character. Her emotions are often hidden underneath the persona she creates, and her eyes convey every subtextual meaning throughout the film.

Her counterpart for much of the film is Olivia Cooke as Amanda. She is more of a surface-level character, but does achieve a sense of intelligence with her character, which oftentimes is difficult for teen actors to achieve.

The greatest aspect of this film is the performance of Anton Yelchin as Tim. This is his final role, as he tragically passed away last year. Known for his role in the “Star Trek” films, he was a rising star. He is only in a few scenes, but they are undoubtedly the highlights. He is the one truly hilarious character, and his expressions and disheveled nature play so well with the two teenage girls he shares the screen with. If he was in a few more scenes, the film would have been far more satisfying.

Clearly, there are some good aspects in “Thoroughbreds.” The performances are solid, the directing is impressive, and the plot is intriguing. Sadly, a slow build with an unsatisfying payoff was too much for it to overcome.