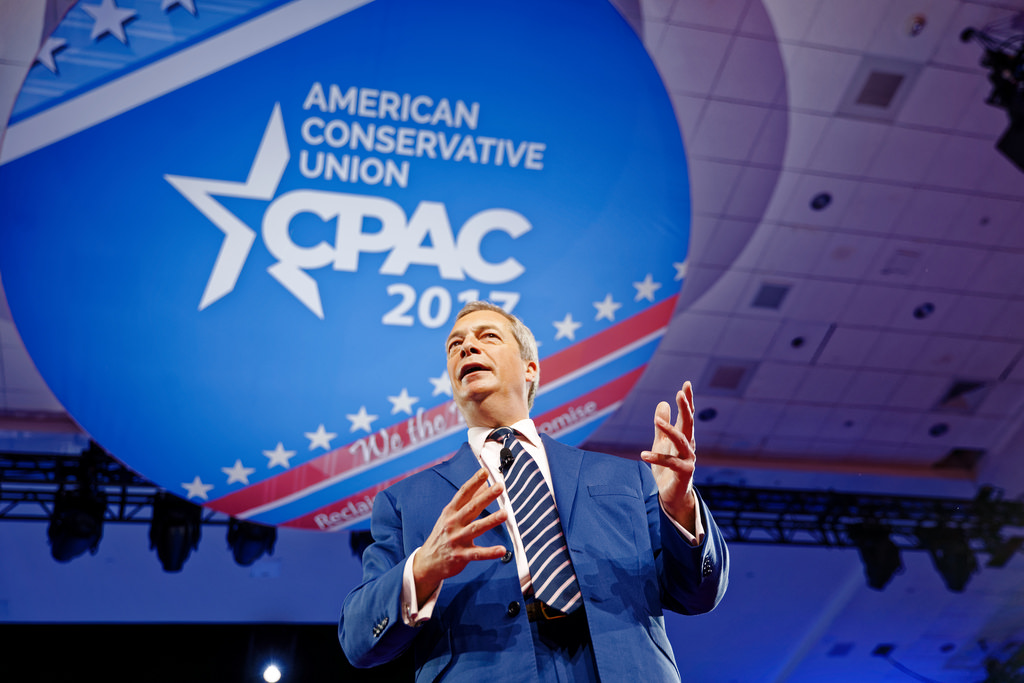 As a part of an effort to increase viewpoint diversity and free speech on campus, President Byerly has invited Nigel Farage, a British politician known to make anti-Semitic, anti-Muslim and anti-immigrant statements, to take part in a nationalism versus globalism debate here on April 6.

This debate is choreographed and will allow an ethnonationalist a platform for his hateful views. It is set to take place during two Jewish holidays, a conflict that easily could have been avoided, but one which certainly excludes Jewish students.

President Byerly has made statements affirming the academic utility of this event, asserting that she sees a potential for student growth stemming from it. However, as leaders from all around campus, we reject Farage’s message and we reject the message that Lafayette administration is sending by bringing him to our home.

We fear not only the effects that this event may have on our campus discourse but further, the emotional and physical harm that Farage’s comment may initiate. We feel that his capacity to inflict emotional harm and his potential to incite violence against campus groups make him not a purveyor of free speech, but a harbinger of an uncomfortable, unsafe residential campus environment.

We view the way his rhetoric targets certain groups on campus as contrary to Lafayette’s firm non-discrimination policy. We choose to understand Lafayette as a place that “does not discriminate in any way on the basis of race, color, religion, sex, sexual orientation, gender identity and expression, national origin, age, or disability.” We feel, however, that this event has particular power to harm specific religious and cultural groups on campus.

While we recognize the importance of the debate that Farage is meant to be a part of, we feel that this same aim could be accomplished without such a risky speaker. We challenge Farage’s legitimacy to debate because the inherent dignity of our students should not be not up for debate. Surely diversifying the narratives and opinions that are presented on our campus is crucial to the personal, social and intellectual growth of college students, but it should never come at the cost of students’ emotional and physical well-being.

To the Lafayette community: we urge you to stand up for a campus climate that welcomes and engages all perspectives without ever creating harmful situations. We ask that you, too, stand against Nigel Farage’s visit to campus with the Steamboat Institute because we all deserve to feel at home here.

First of all, Lafayette College does discriminate on the basis of race, color, religion, sex, sexual orientation, gender identity and expression, national origin, age, or disability.” !!! Second of all; I don’t see how this will harm “ specific religious and cultural groups on campus. “ ? If Hitler allowed a debate? Perhaps Holocaust could have been prevented. It’s most important to understand why people or groups value, what they value. As a Muslim Kurdish/Turkish- American, My reality is? Islamofacism brought more massacares to my people then people who has shared their opposite views !

The fact that Islamofascism damaged you does not mean that Western forms of fascism won’t damage you. Do you understand that the debate is not between two opposing views, but between two right-wing populists? Your post is at best incoherent.

your note indicates you understood me very correctly. Perhaps you can start fighting against facist regimes of your own country! Did you ever fought for the rigth of Armenians, Kurds, Christians, Jews whom are regularly subjected to massacares under your “ blood thirsty identity ? If NOT? You existence is nothing but a mute point .

Some of the massacres innocent people endured in Turkey under the Turkish Government.
https://en.m.wikipedia.org/wiki/List_of_massacres_in_Turkey

This is a very deep topic. freighted with emotional and cultural risk. It is odd that at my wife’s recommendation that I should just have finished a picture book, Her Right Foot. Look it up, the book is short and inspiring in a way that addresses this issue.

As a multi-decade alumnus of our College, I have spent the last 30 years on the West coast. New immigrants are here and we talk. Some are from Pakistan and one , a Sighk (so.) from India, where she was treated as nothing.

We are all fortunate to live in America, but the employment scenery has changed for white men of lesser privilege. Jobs in housing construction , “go-to” positions for their entry into the American Middle Class are gone, because homebuilders must cut costs. The displaced workers are broke ( read Bootstrap America) and angry.

My generation must not detach and retire into comfortable anonymity but re.ain engaged with yours. Like Lafayette said, we must ‘Think, Reflect, Listen long and respond to the hurts and threats around us. We have bitter international antagonists who will fill the voids of our silence.

Nigel Farage has never made an anti-Semitic statement in his life. This looks like a straightforward lie, for political purposes.