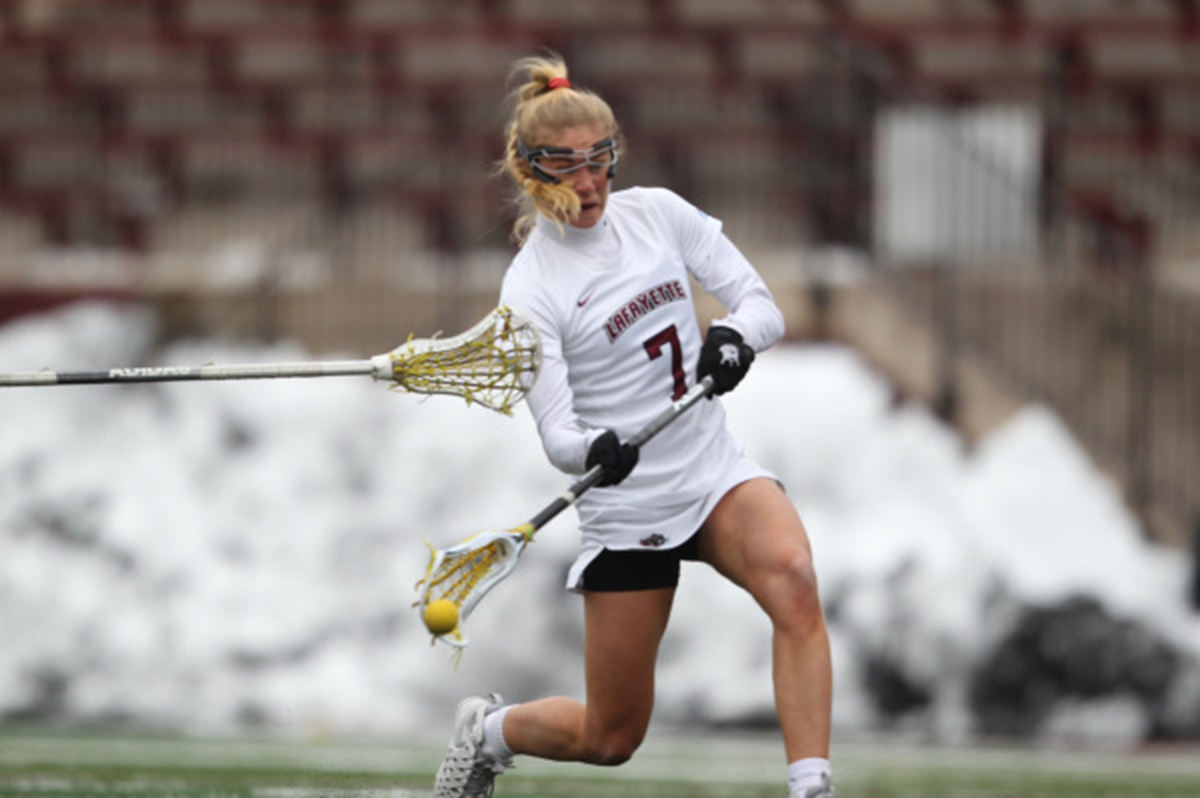 The Leopards outscored the Crusaders 10-7 in the second half of their first Patriot League game. Photo courtesy of Athletic Communications

The Lafayette women’s lacrosse team visited Patriot League opponent Holy Cross on March 17 to open their league play. The Crusaders opened the first half with a lead, and ultimately ended the game winning 16-14 despite Lafayette’s strong comeback efforts.

Lead by junior attacker Jane Kirby, who had six goals and one assist, the team almost mounted a defeat of their in-conference opponents by winning the second half 10-7 after being down 9-4 at halftime. Kirby is now just seven goals away from reaching the mark of 100 career goals.

Other Leopards to excel in the game included senior midfielder Kristin Shaen, who had four goals and six steals, sophomore midfielder Bella Alampi, recording two goals and two steals and junior midfielder Hannah Davey, who had one goal, one assist and four steals.

Lafayette struggled to commit to one goalie in the net, changing between three different options of keepers throughout the contest. Senior co-captain Anna Raymond made three saves and allowed five goals in her 29:40 in goal, the most effective keeper performance of the game. Freshman goalie Quinn Lacy finished with the loss.

While the Leopards fall to the bottom of the Patriot League standings at 0-1, they also drop to 3-5 on the season.