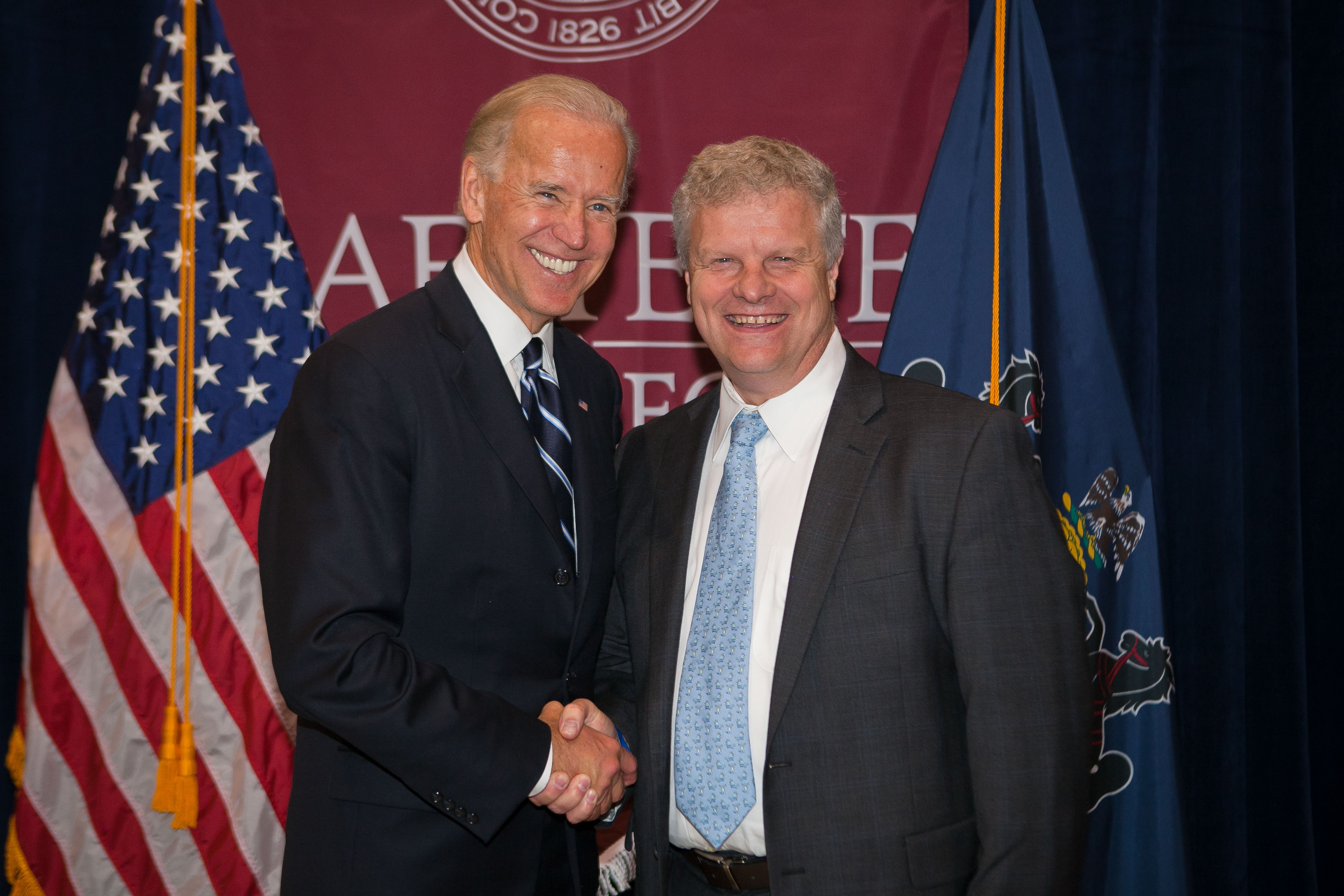 Roger Ruggles, civil and environmental engineering professor and current member of Easton’s City Council, is starting his campaign for the the soon-to be vacant seat in Pennsylvania’s Seventh Congressional District, running in the primary election as a Democrat.

Recently, the Pennsylvania Supreme Court, as a result of a gerrymandering case, redistricted this area of the state, making Northampton and Lehigh Counties their own district. Currently, this area is represented by Democrat Matt Cartwright, but the redistricting has placed Northampton County under Republican Charlie Dent, who is planning to retire after holding his seat for over a decade.

“There is still potential challenge in the US Supreme Court on the Pennsylvania Supreme Court’s authority to have redistricted,” Ruggles said. So long as the decision stands, however, the seat is effectively an open seat.

“I am asking not only for your vote in the primary election but also your help in the development of a grassroots network that can change the way members of Congress are elected, taking big money out of the election process and opening the door for a greater number of people to consider running for office,” he wrote in a statement on his campaign website.

Ruggles also has experience that he thinks will help him get the job done. As an engineer, his whole outlook on life can be boiled down to “you give me a problem, and I’ll find you a solution,” he said.

To Ruggles, this means that he is prepared to be a part of the congressional social environment. He cited his history of community and international involvement, from his ten years of experience in local government to his past leadership in Lafayette Alternate School Break trips, as assets for office.

In preparing for his campaign and the primary elections May 15, Ruggles has requested help on the campaign from the College Democrats and anyone else interested in politics in the arenas of canvassing for signatures, volunteering and simply voting. Last Friday, he attended the College Democrats meeting to talk to them about these opportunities.

Ruggles said he has about 25 people canvassing the congressional district for signatures. He personally collected about 160 but said that between all the canvassers he is about halfway to the 1,000 signatures needed to appear on the ballot for the primary in May.

Alicia Rosenbaum ’18 is one of the students who is volunteering with the campaign. Despite not being registered to vote in this area, “I have seen more how politics can really affect an area and therefore, I would like to help Northampton County by staying politically active,” Rosenbaum said.

President of the College Democrats Daniel Markovits ’20 is also canvassing for signatures.

“This race is also likely to be one of the closest in the country for the general election so it really is an opportunity for those of us here to channel our anger into productive action,” Markovits wrote in an email.

The main item on Ruggles’ campaign platform is education, which he feels directly affects health care, the economy, the environment and infrastructure.

“Education builds most of everything else,” he said.

Right now, the campaign is only in its beginning stages, and he is currently focusing on reaching out directly to community members. For his city council campaign, Ruggles said he personally knocked on the doors of every registered voter in Easton, but that for this campaign, he needs help.

“Ideally for me I would love to have students get involved, so they understand more about the election process. A lot of people today don’t really understand what’s involved in an election,” he said.

“The only way that I win is to have a lot of help. And that’s something that is very, very hard for me to do. To ask for help. Usually when I do something, I do it and that’s one of the things I’m really struggling with,” Ruggles added.

Ruggles joked that people keep asking him, “You really wanna get into that mess down in Washington?” For Ruggles, however, “that mess,” is one of his main incentives for getting involved.

“Somebody’s gotta get there and at least start doing it.”

The general election will be held November 6, 2018. If Ruggles wins, he said he will retire from teaching at Lafayette at the end of 2018.