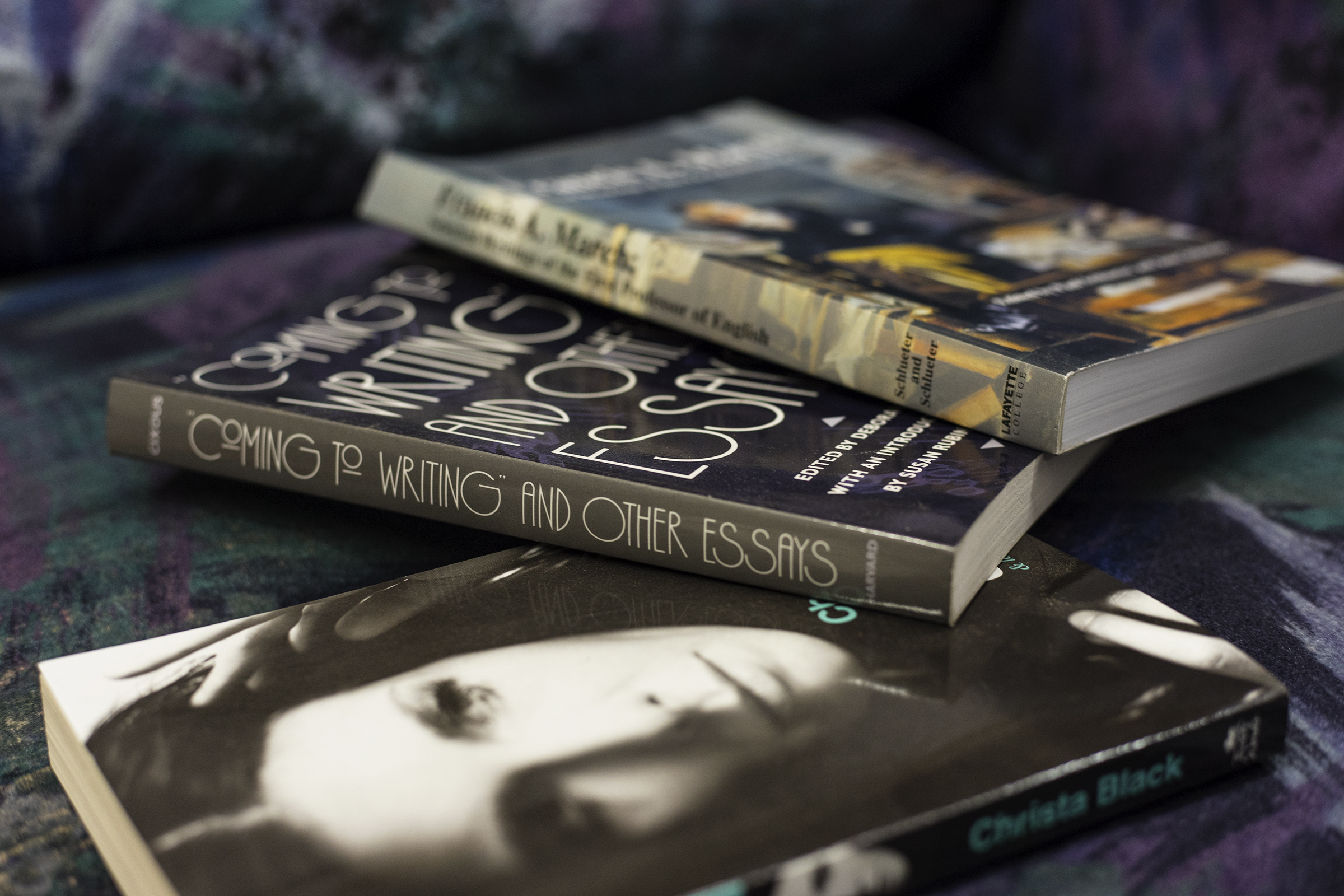 Club leaders said they hope the English club will help get rid of the stigma about employment for English majors. Photo by Elle Cox ’21

The Lafayette English Club, first started when Andrew Jackson was in the White House but defunct for the past few years due to lack of interest, is restarting because of the efforts of a “half-dozen talented and enthusiastic freshmen,” according to English Professor Walter Wadiak.

Wadiak said the new students heard about the old club in one of his English classes and decided to revive it.

“The ideal of a liberal arts college is that students can take charge of their own education,” Wadiak added.

Leading the charge now are Matt Benusa ’21 and Clarissa Faustin ’21.

According to Faustin, Benusa was the first person to say, “Cur Non?” and ask why don’t we start the club again?

Benusa has been “instrumental in getting people excited about this,” Wadiak said.

The Lafayette English Club will be open to all majors across disciplines. As stated in its unofficial mission statement by Wadiak, it is intended to be “a forum for people who are interested in books and ideas, especially literature in every form.”

Faustin said he believes that the club shouldn’t only be for humanities majors, and there are many who may be engineers and other science majors who are still interested in reading books and have a desire to learn more about literature.

The club will hold its first event April 1, with a screening of “Kill Your Darlings”–a movie about the Beat poets–with a discussion afterwards, Wadiak said.

The club will also sponsor related events throughout April as it is National Poetry Month. Other events currently in planning are field trips to New York City, a Poetry Scavenger Hunt and discussions hosted by some of the resident creative writers. There will also be brownbag discussion involving alumni “about how they used their English degree in surprising ways,” said Wadiak.

It is an ambitious agenda, but one with roots in the former college English Club, which was started as the first extracurricular club on campus back in 1832. It served a crucial role in students’ campus life in the 20th century before Greek organizations took place of most students’ social lives, according to Wadiak.

At the time, there were two literary societies, named the “Washington” and the “Franklin,” and they had “something of a rivalry [and] were central to campus life in almost the way that Greek life is now,” said Wadiak. The two societies would often have debates on campus, and their meetings were seen as more important than normal classes for a lot of students and professors.

Wadiak wrote in a brief overview that the two societies “created the first libraries on campus…sponsored essay contests…even prominent politicians would be inducted as honorary members.” Students took charge of their own educations, and to Wadiak, that was the “realization of the liberal arts ideal”, and the societies were a “remarkable aspect of campus life here.”

Referring to an article published in February in The Lafayette showing that there is an increased desirability for humanities majors, Wadiak and Faustin said that the English Club is the perfect opportunity for people to get rid of the stigma around English majors. Every major could accomplish so much after graduation, and a love of literature and reading should always be welcomed instead of looked down at by others such as engineers.

Matthew Benusa is a contributing writer for The Lafayette. He did not contribute to this article.