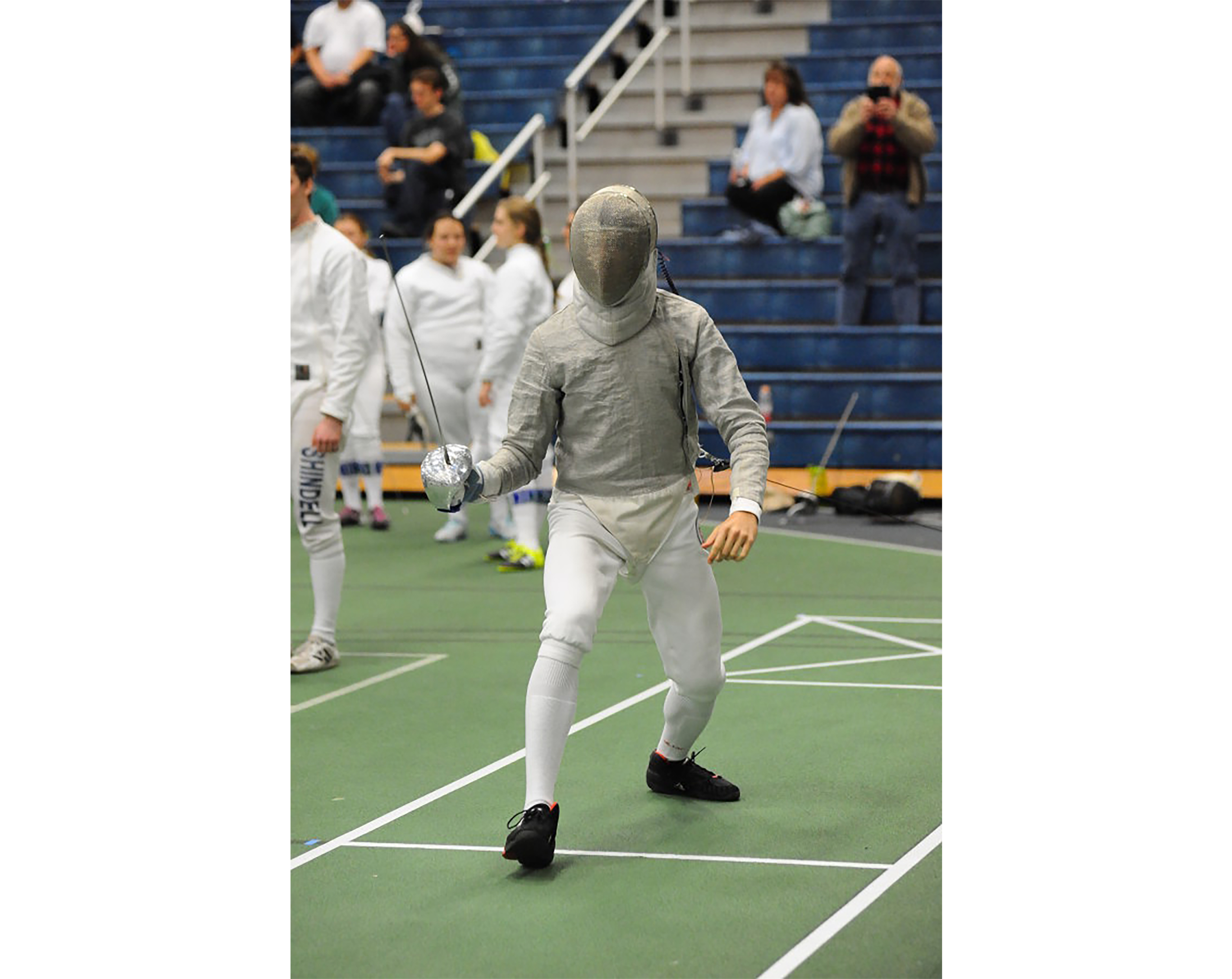 The Lafayette fencing team hosted the MAFCA Championships on March 4 in Kirby Sports Center, and showed vast improvement compared to last year’s results at the event.

The saber squad, led by senior Alex Gorloff at A strip, finished fourth as a whole. They had the best record of any Lafayette squad. Lafayette’s fencing foil squad finished sixth, compared to last year’s 14th out of 15 finish.

Fifteen schools competed at this year’s event, including Lafayette. The best performers from the A strip, B strip and C strip had the opportunity to advance to the 15 touch bouts with direct elimination.

Freshman Bora Mutis, born and raised in Turkey, performed as the team’s A strip in the foil event, finishing the day with a 9-5 record. This placed him in a solid sixth place, but he lost in the quarterfinals.

“Coming on as a freshman here it has been difficult adjusting to the college fencing routine,” Mutis said. “It is very different from what I am used to.”

Mutis said that fencing is in his family.

“My dad fenced back in college [in Turkey],” Mutis said. “He got me into it, that was the biggest reason for me. I’ve grown to love it so much.”

This weekend, the team is hosting the NCAA regionals, where the top 12 out of 35 fencers make nationals. While Mutis was not exactly optimistic of anyone’s chances on the team of making nationals, as it is a lofty goal, he recognized that one of his teammates or himself should make it by the time he graduates.