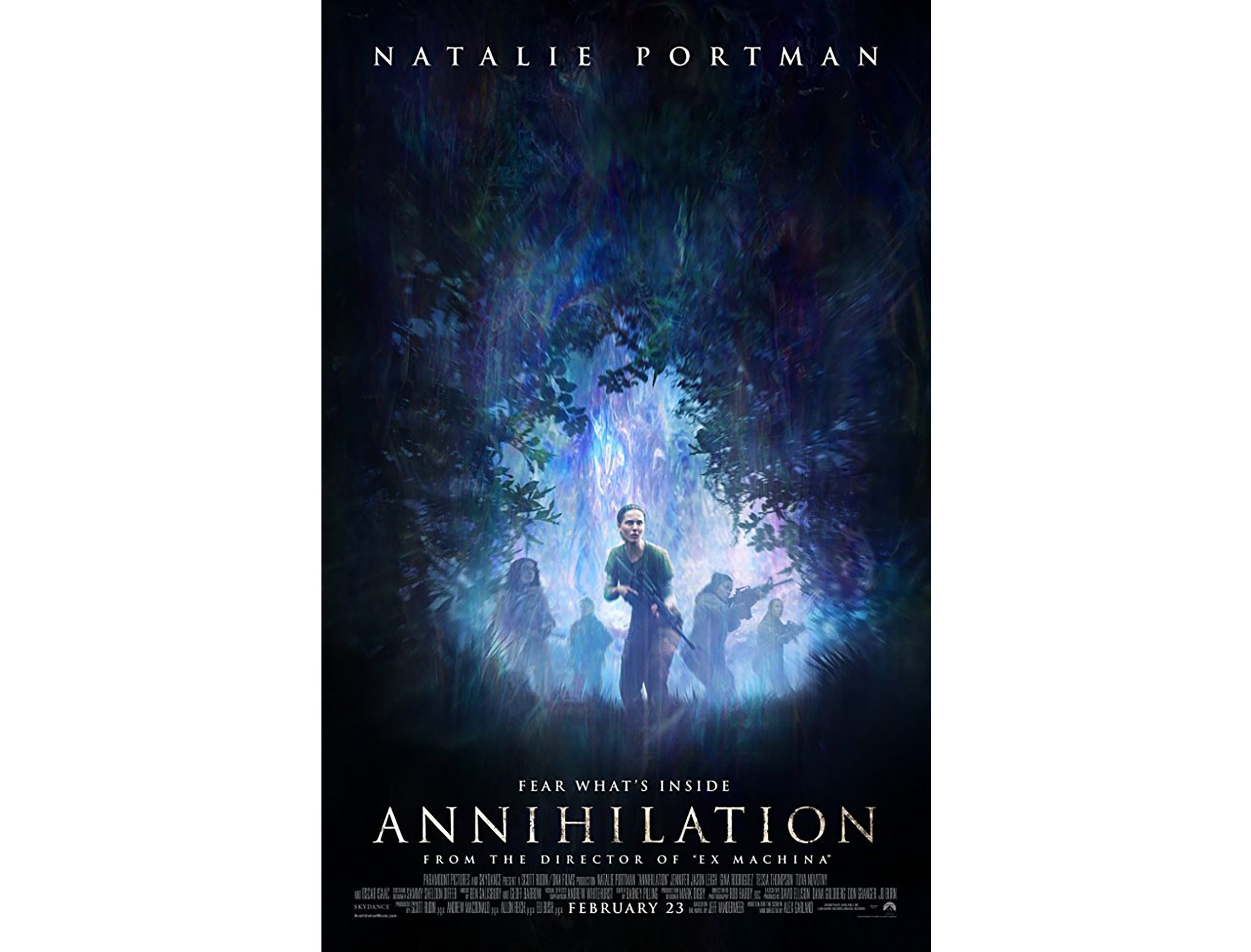 Annihilation has scenes that will make you “want to shrink into your seat.” Photo Courtesy of IMDB.com

Following up the success of film producer and director Alex Garland’s “Ex Machina” (2015), the novelist and screenwriter Garland makes “Annihilation” into a challenging, confusing and at times haunting sci-fi piece.

“Annihilation” is visually stunning. The creative team altogether is excellent at providing striking imagery, to evoke both wonder and horror. “Annihilation” has set pieces that blend color with darkness and nature with humanity.

The movie follows a strong narrative structure, which includes the concept of the threshold–a portal that serves to transform different ways of thinking.

The worlds before and beyond the threshold are significantly different. Garland understands and works with this extremely well.

Lena’s husband, Kane (Oscar Isaac), who went missing a year earlier on a military operation, mysteriously shows up. Kane’s body immediately begins to shut down, and he and Lena are transported to a secret science military base. The base has been set up to study a mysterious phenomenon, known as the “Shimmer.”

No one has ever returned from the Shimmer, until Kane. Lena, in hopes of finding out what happened to her husband, heads into the Shimmer along with a group of other scientists.

Garland does a great job at building up the Shimmer as this dangerous force that looms in Lena’s future. Then, when Lena finally enters the Shimmer, the film delivers on that promise of danger.

This will not work for some people.

Some of the scariest parts of the film are just through really unsettling imagery and themes which Garland draws out for long and uncomfortable periods of time. Particularly, one scene is one of, if not the most, unsettling scenes I’ve seen in a movie.

While thought-provoking movies are very important, they lose their intrigue and power if they make it too hard for viewers to answer those questions. “Annihilation” asks a lot of questions, but does not answer most of them: it is rife with questions about human existence and self-destruction.

Having said that, the movie strays back and forth about what it wants to say about these topics. The best message that comes from the film is one of alien motivation, meaning we truly don’t understand what life lies beyond earth, but it feels washed away by the expanse of other questions and motifs the film has.

I’m sure with repeat viewings, one will find that “Annihilation” has a lot to say and deliver. However, as a theater experience, it overshoots the mark. Its haunting scenes and striking visuals are a good reason to see it in theaters, especially if you’re a fan of thought-driven pieces of films.

If you are someone who likes to have your questions answered by the end of a film, which isn’t a bad thing,  then “Annihilation” isn’t right for you.

Wait wait wait Albert you just blew my mind. You thought that Lena and herself? (Lena and the Biologist? The two characters that struggled together, and then Lena handed the phosphorous grenade to? Those two?) You saw those two as Adam and Eve? Mind. Blown.