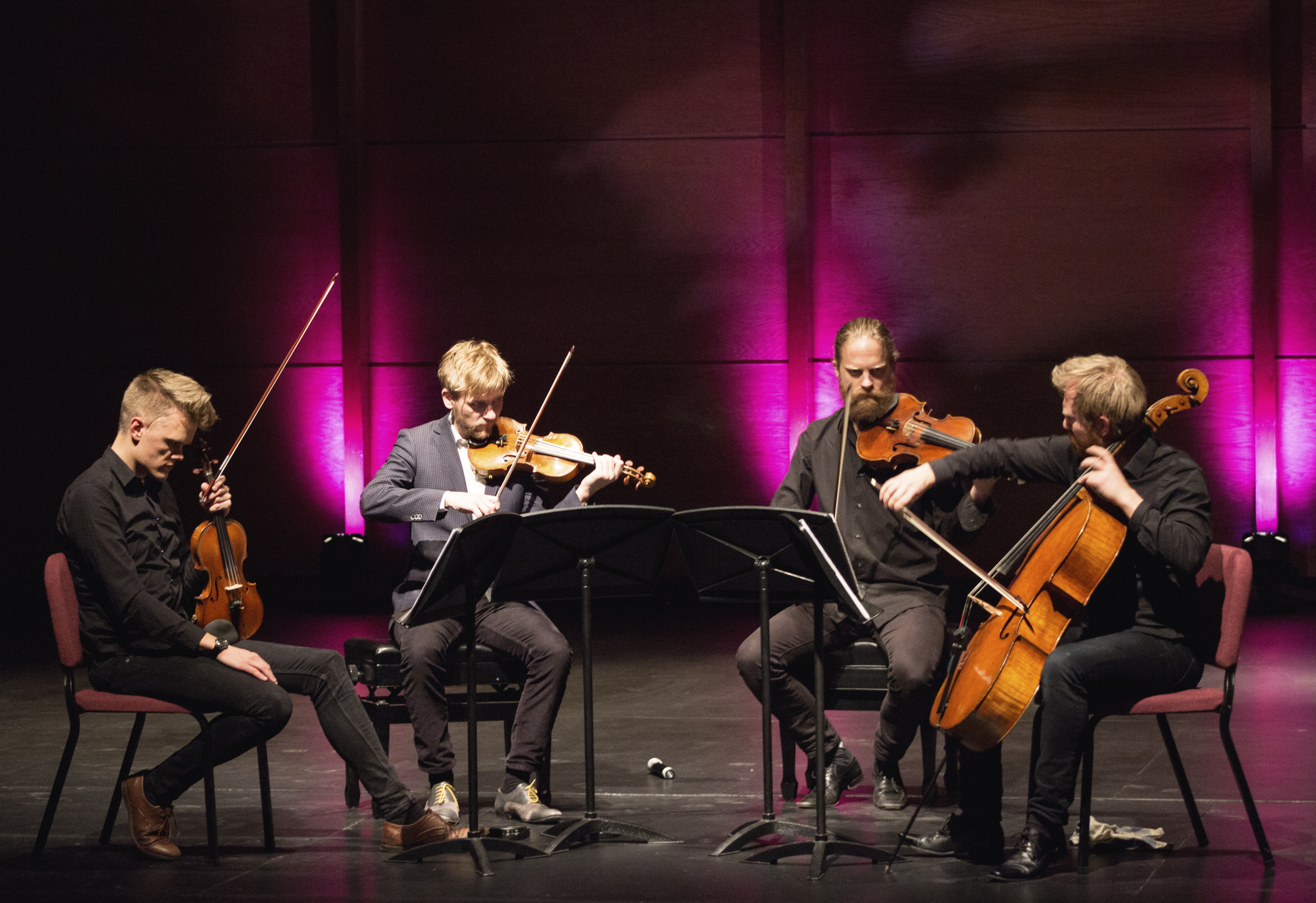 For this group of talented musicians, being in the quartet is a fun and effortless activity. They showed that at the concert on Tuesday night at William Arts Center.

According to violinist Rune Tonsgaard Sørensen, the group decides to “play music we really care about and [are] passionate about.”

Apart from the classical western chamber music written for quartets by big names like Beethoven and Mozart, The Danish String Quartet also has a special interest in folk music, especially pieces with Scandinavian/Norwegian origins.

Sørensen said that playing this type of music is a way to “show our heritage and where we come from.”

The fourth and newest member of the quartet, cellistc Fredrik Schøyen Sjölin, is the person that does 99% of the work to compose and transpose different pieces in order to fit their own skill and styles.

Asbjørn Nørgaard explained Sjölin would take old melodies from Scandinavia and arrange them for the string quartet; which have contributed to their latest album release.

Although all four members have different ideas for pieces of music, Sørensen believes that “it’s just easier if one mind has an idea, a clear idea, it’s hard to improvise and would take more time.” Thus why the group has decided to allow Sørensen to do most of the composing.

Sørensen emphasized the importance of “organization of sound,” while Nørgaard explained the difficulties of arranging traditionally folk-dance music for a string quartet—how there are normally only two parts of the song repeating over and over again.

They work with what they have, add layers and make it into authentic and natural folk music.

For the musicians, performing in a quartet is much better than being a soloist. For them, the Danish String Quartet consists of “four individual voices, but when everything goes right, the group becomes a better musician than the individual himself. The sum of four is not four, it’s five somehow,” Sørensen said.

The group performed Bartók’s Quartet No. 1 and Beethoven’s Quartet No. 7 and several sets of shorter, happier folk music such as one titled “Five Sheep and Four Goats.”

With the incredible understanding and teamwork, Beethoven’s Quartet No. 7 was difficult and lyrically complex. The group’s interpretation of the piece provided music at times that is quiet in a mezzo-piano, yet explodes the next second perfectly into a whole new movement with rapid changes and multiple layers.