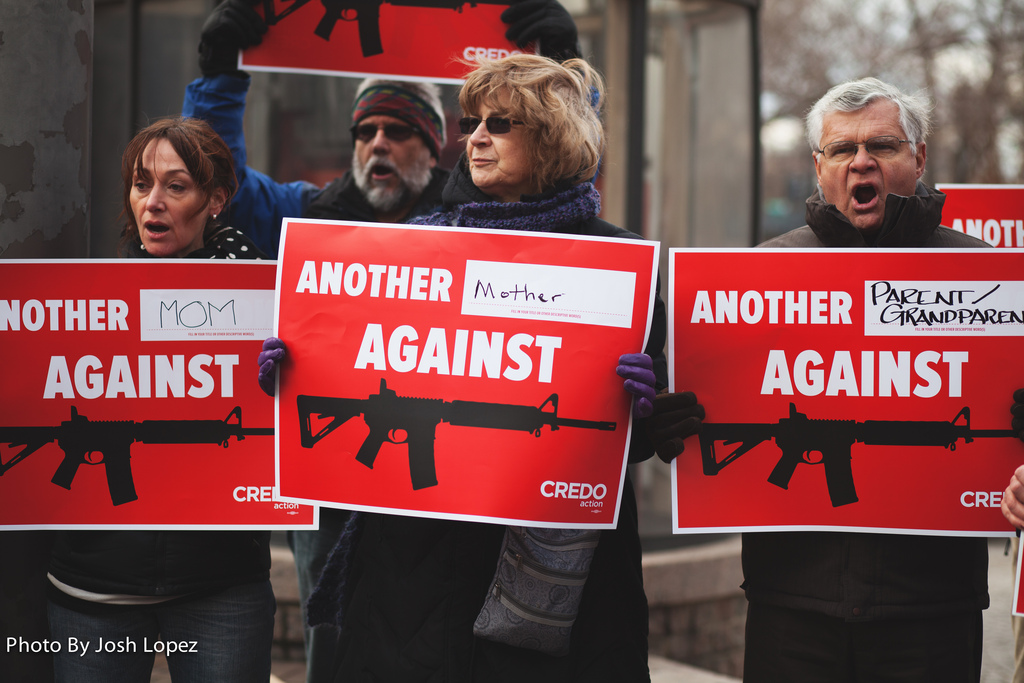 Alison Byerly’s tweeted public support for applicants who may be penalized for participation in protests. (Photo Courtesy of Josh Lopez)

Students across the nation have been taking part in protesting gun violence after the school shooting in Florida two weeks ago, and President Alison Byerly said Lafayette has joined other universities in not taking action against applicants who have been suspended for participating in protests.

The superintendent of a Texas public school district threatened last week to suspend any students who take part in demonstrations about gun violence, The Washington Post reported.

In response, universities including Boston University and MIT have made public statements in support of these student protestors.

On Feb. 23, Byerly tweeted that students who are penalized by their high schools—via suspension or otherwise—for partaking in these walkouts for gun violence won’t be penalized by Lafayette in the application processes.

“Students who engage in peaceful protests shouldn’t be penalized for that…Not only do students have the right to express their political views, but I think it’s one of the most positive actions that high school students can take in response to things that concern them in the world around them,” Byerly said.

She added that the fact that they were protesting gun violence and urging for gun control played a role as well.

“To me, it seemed particularly obvious that students have a strong and legitimate vested interested in ensuring the safety of their own schools,” she said. “That seemed to me a quite clear and straightforward example of the kind of issue it was entirely appropriate for students to be demonstrating about,” but that doesn’t mean other issues are any less important.

In a response to Byerly’s tweet, Twitter user @danthelioness asked if “those protections extend to students who exercise their civil disobedience to protest police brutality and race-related tensions in the United States?” Byerly tweeted in reply: “Yes, the same would be true for applicants who engage in other peaceful protests.”

Monday, three days after Byerly’s public statement, Kaleidoscope held their first lecture in their “Adjust Our Scope” series which centered on the issue of gun control, picked in response to the shooting in Parkland, Florida.

To kick off the lecture, the Kaleidoscope members gave an objective account of the shooting. Seventeen people were killed, fourteen of whom were students. The weapon used in the shooting was an AR-15. Then, the discussion was opened up to the audience.

The audience largely lauded the efforts of many high school students across the country, who have stopped attending school until reforms regarding the matter are made. The general consensus of the audience’s discussion was that the actions of these students were both brave and courageous.

Audience members also discussed—at length—the general trend after such shootings of blaming the shootings either on insufficient guns laws or the mental health of the shooter, and how these are often talked about in a mutually exclusive way.

Some time was also spent attempting to define school shootings, examining and critiquing the definitions offered by several institutions involved in this field.

During the lecture, another prominent issue discussed was the need for significantly stricter gun laws—or simply banning guns entirely.

A number of different potential solutions were discussed, including one student who suggested that there should be a ban on assault rifles, even for hunting purposes.

Another student suggested considering distinct levels of gun technology then and now, as the nature of weaponry during the writing of the Second Amendment was vastly inferior.

Time was also spent dismissing various popular solutions and preventive measures being discussed in the U.S. today. The idea of arming teachers, a much discussed proposal by President Donald Trump, received some criticism.

For one, students in the audience suggested that it would make it harder for students to connect with armed teachers. As an example, a student at the lecture asserted that if a student were to hug a teacher, they could accidentally hit and trigger the gun.

A student also brought up that arming teachers might allow them to coerce students into any number of illegal acts. It was also proposed that if an armed teacher lost their temper, with a student or otherwise, it could lead to that teacher discharging their gun in anger.

There was also discussion that arming teachers, or hiring former police officers to work in schools, would be fruitless, and that in the actual event of a shooting, their first instinct might be to save themselves rather than the students, as seems to have occurred with Officer Peterson in Parkland.

Another caution against arming teachers—or any member of the general populace—was that in the time it would take you to draw your gun and fire in defense, you’d likely already have been shot.

Overall, the lecture was received positively by the audience. Mackenzie Lawlor ’20, who attended the talk, felt the discussion was productive and diverse.

“I enjoyed the talk, though the subject matter was something I wish did not need to be discussed,” Lawlor said. “I think Lafayette makes it rather easy to facilitate discussions on heated issues…and I’m glad that the school fosters this program.”