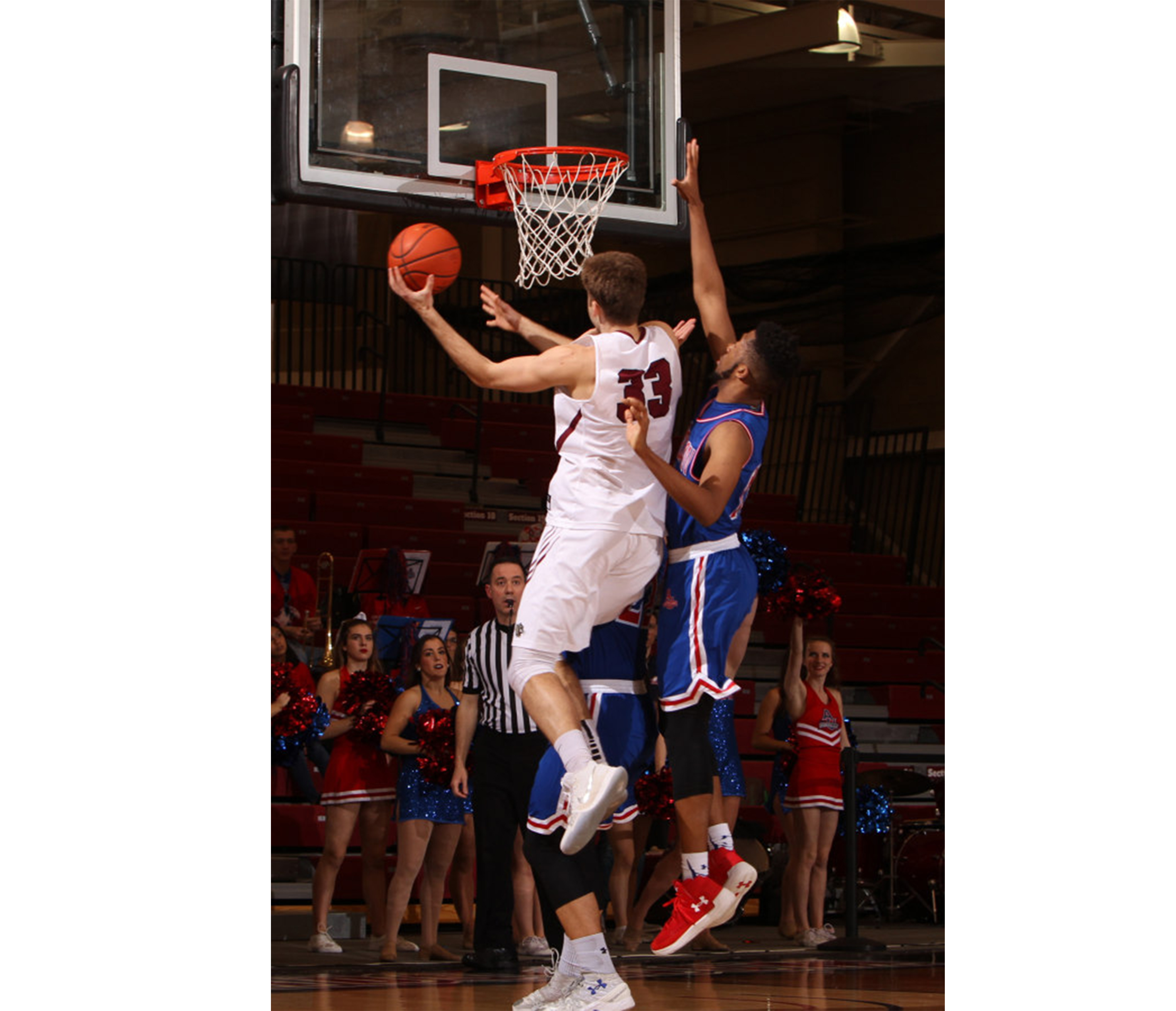 The Leopards tied their season high output of 93 points in a game. Photo Courtesy of Athletic Communications

In the first round of the Patriot League Tournament, the Lafayette men’s basketball team held off American University to advance to the quarterfinals of the postseason tournament. The 93-86 win for Lafayette over American, the tournament’s seventh and 10th seeds respectively, tied the team’s season high in points.

The win set the Leopards up to play second seeded Colgate University, whom they faced yesterday. The result of that game was not available by deadline for print.

“They’re good players and they know how to shoot the ball,” Stafford said about the three freshman guards, Jaworski, Petrie and freshman guard E.J. Stephens.

The Leopards’ win was not all smooth sailing though, as American sophomore guard Sa’eed Nelson kept the Eagles in the game almost singlehandedly. He finished with a career-high 41 points while dishing out 9 assists as well.

On Jan. 5, Lafayette upset Colgate in Hamilton, NY, 71-68, and then later went on to upset them again Jan. 31, 93-83, at Lafayette. Stafford mentioned how the defense needs to improve from the American game with “more stops” and “more sense of urgency” if they want to beat Colgate again in the next round.

“I’ve always felt that we have matched up well with Colgate,” Stafford said. “It’s one of those intangible things where you don’t know why. We have good guard play, as I think our guards match up well with their guards, and also Klinewski inside. I don’t think they really have anybody that’s willing to battle with Klinewski.”

Keys to Lafayette advancing into the semifinals of the Patriot League Tournament will be containing their senior point guard Sean O’Brien and to communicate through the plethora of screens Colgate is willing to set.