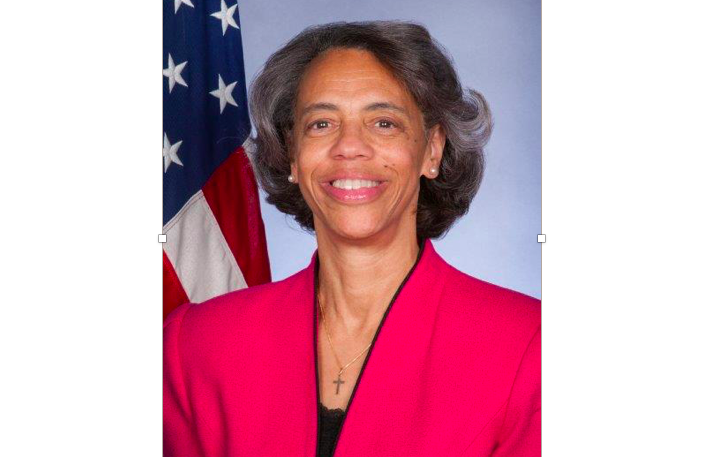 Marcia Bernicat ‘75, ambassador to Bangladesh, will be the the commencement speaker at graduation in May. Photo courtesy of Wikimedia Commons.

Marcia Bernicat graduated from Lafayette in 1975 with a degree in history, advised by history professor Robert Weiner, according to an article on her in the Lafayette magazine from 2011. Bernicat was also a member of Lafayette’s second ever co-ed class, the same article reported.

Bernicat, who will speak at the commencement ceremony of the class of 2018 on May 19, became the American ambassador to Bangladesh in February 2015 after serving as ambassador to Senegal and Guinea-Bassau from 2008-2011.

Since departing Easton, Bernicat’s diplomatic positions at the State department, which she joined in 1981, have taken her all over the world. Her jobs brought her to Morocco as principal officer of the U.S. consulate there, to the American embassies in Malawi and Barbados as deputy chief of mission, and to France and Mali as a consular officer early in her career. Bernicat earned her master’s degree from Georgetown University’s School of Foreign Service.

President Alison Byerly wrote in an email that Bernicat has had tremendous experience throughout the world while having the perspective of a Lafayette grad.

“We are delighted to have Marcia Bernicat as our 2018 commencement speaker. Her distinguished diplomatic career and dedication to global understanding make her a perfect choice to address graduates as they prepare to enter the world beyond Lafayette. At the same time, the fact that she is an alumna herself gives her a unique perspective on that transition,” she wrote.