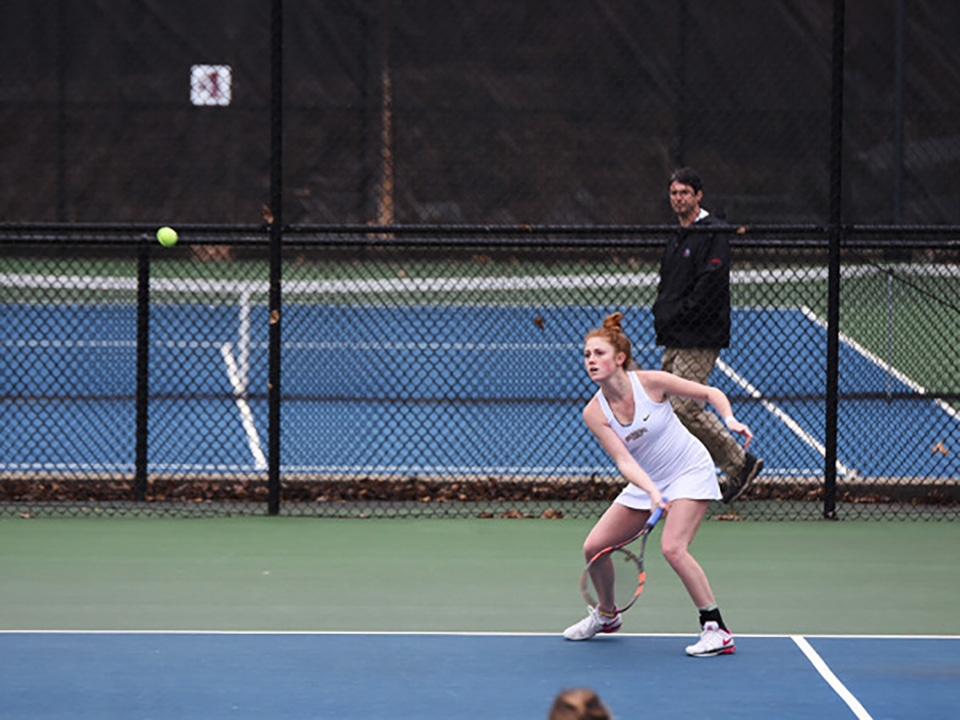 The women’s tennis team began their 2018 season in Quakertown, Pa., on Feb. 17. The team lost 5-2 to UC Irvine, and their game against LaSalle was postponed due to snow.

Freshman Samantha Snyder was the only singles winner of the day, winning 6-2 and 3-0 before her opponent retired. Freshman Alexa Cooke and sophomore Grace Conrad went to three sets in their singles matches, and Lafayette won the doubles point by default.

“We are looking to improve our record,” sophomore Katie Hill said. “We beat St. Francis last year, so I think this could start our winning record.”

The team is full of fresh faces this season, with only three returning players from the 2017 spring season. The 2017 class graduated five seniors, and junior captain Haley Matthes is abroad for the 2018 season.

“She prints out scouting reports, organizes team bonding, communicates between coaches and players and organizes our day time practices,” Hill said. “She’s getting everyone exciting about tennis and keeping up the positive atmosphere that the seniors created last year.”

According to Hill, the team’s goal is to move up in the Patriot League this season and improve their record. Hill is optimistic that their new line up will have what it takes to beat Loyola, Colgate and Bucknell, teams that have been able to beat the Leopards in the past during league play.