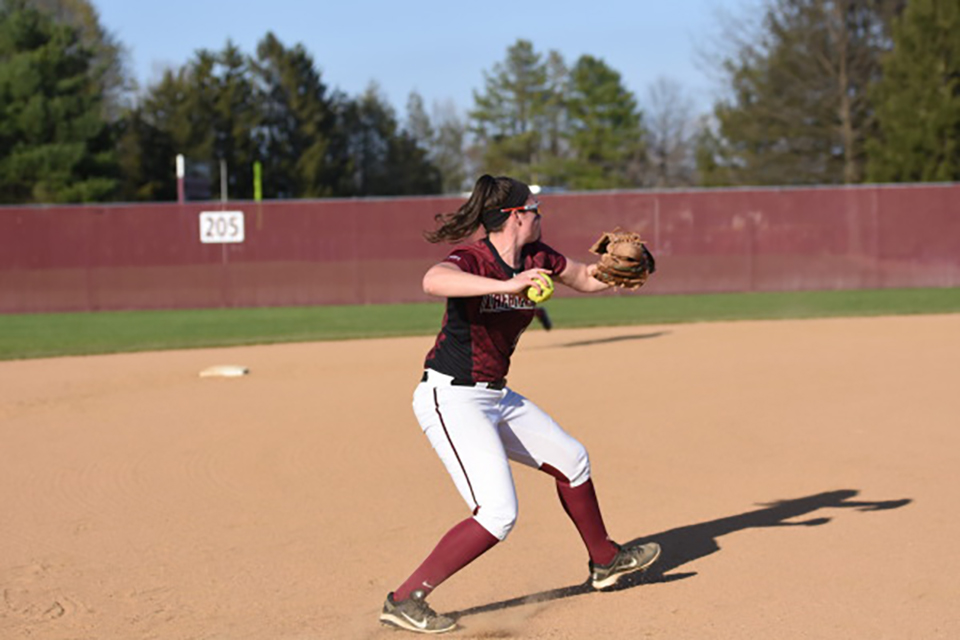 Lafayette softball began their season this past weekend at the Battle at the Beach at Coastal Carolina University. The team finished the weekend with a record of 1-4 against high-level competition, but picked up a thrilling win against Rider University in the fourth game of their weekend.

On Thursday, Feb. 15, the Leopards played two games against the host team of the event, Coastal Carolina University, losing 10-3 and 11-1, respectively. On Friday, the team lost their first game of the day 4-0 to Robert Morris University, but rebounded with their first win of the season over Rider. Co-captain and senior infielder Miranda Skurla made a big hit, with a two-out single to centerfield for the game-tying and game-winning runs.

“Right off the bat I could tell it was a good ball,” Skurla said. “When I saw it just barely tip off her glove I knew that was the game. We had been battling with them pretty much the entire game. To see my teammates down at home plate waiting for me was a great way to get our first win of the season.”

Following their walk-off victory over Rider, the Leopards could not capitalize on their momentum, losing 11-3 to Kent State University.

The team has seven returning starters from the 2017 season, including preseason All-Patriot League selection junior Brooke Wensel, who will be the starting shortstop. Senior Samantha Sweigart also returns to the plate after leading the team with the highest batting average (.298) in 2017.

“We’re continuing on a forward path and not worrying about what happened previously,” said head coach Caitlyn de la Haba in an interview with GoLeopards. “Our goal is still in the future and everything we’re doing is working toward that goal. Everything we go through we can use to get better.”

“I think we are going to do very well this weekend,” Skurla said. “These are teams that we can play well with.”