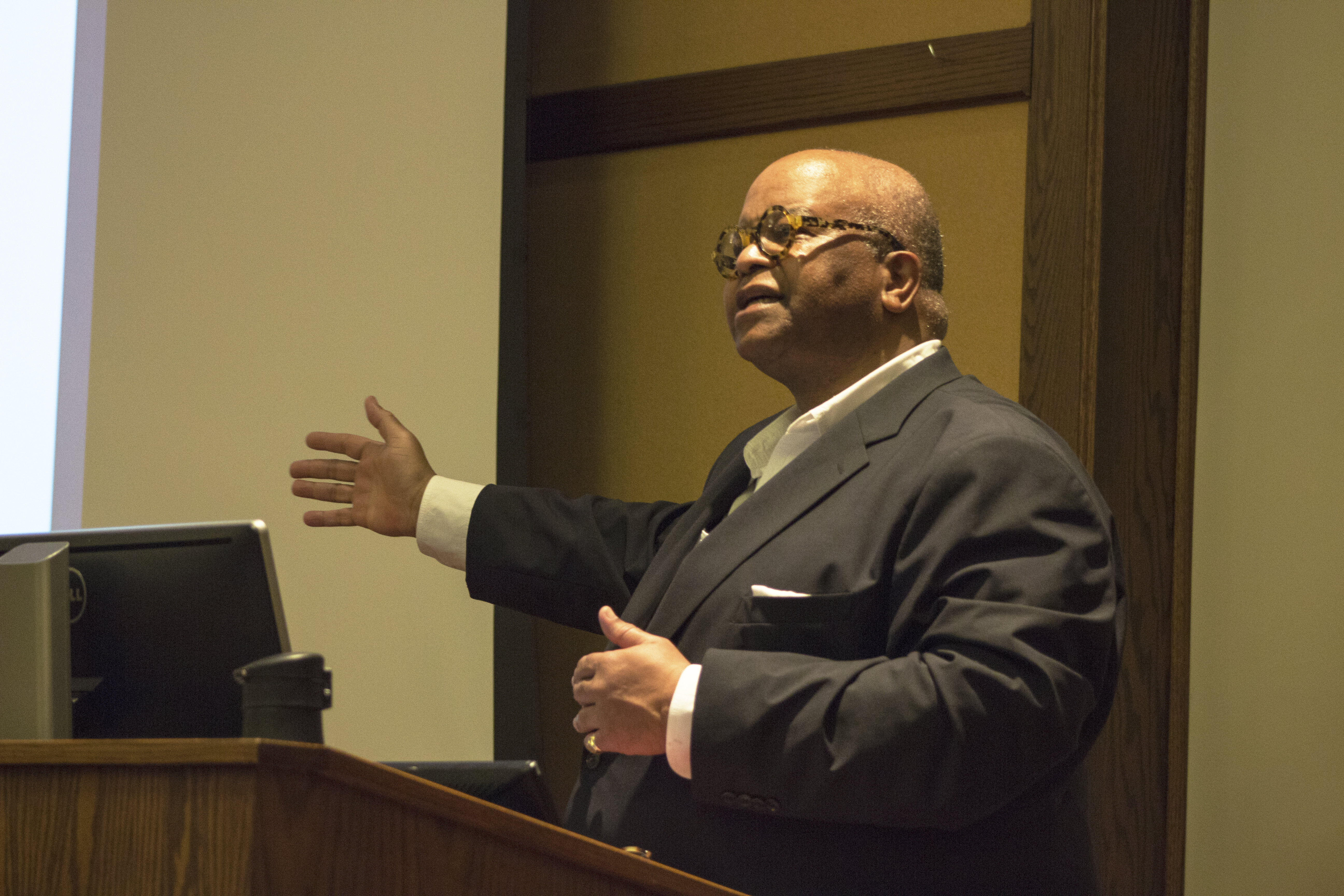 Within the “50 years Black America has been free” since the Civil Rights Act in 1964, African-American authors, poets and playwrights, including playwright August Wilson, have portrayed the history of their people since slavery through various mediums, Riley Temple ’71 said. Wilson’s works play a “redemptive role” for black culture, and according to Temple, can been seen and understood through a “theological prism.”

Temple, a former student, board member and current trustee emeritus at Lafayette, spoke to the campus on Wednesday as part of Black Heritage Month about his book “Aunt Ester’s Children Redeemed.” In his book, Temple looks at August Wilson’s series of 10 plays and the character Aunt Ester, who is meant to embody parts of black history in America, through a theological framework.

Temple’s past work has focused on metaphysical scholarship. After graduating from Lafayette, Temple attended Georgetown University where he got a degree in law. He later worked as a communications lawyer for companies such as Verizon.

Temple’s book which started his thesis for his Master in Theological Studies degree, discusses the importance of Wilson’s plays and what they, and Aunt Ester represent in black history in America.

“[Aunt Ester] is as old as the number of years blacks have been on this soil. She is an embody character, she represents our joys, our sorrows, our history, our culture, our music, our tragedies, our losses…total embody character,” Temple said.

Aunt Ester exists throughout all of Wilson’s ten plays, and when she dies in the end of the series, she is 366 years old. According to Temple, the idea of a character who embodies black history is common throughout black literature.

Temple went through each of the 10 plays, discussing how Wilson’s work exemplifies the constant possibility of redemption and the reconstruction of “the history of people who had it torn away from them through slavery.”

One play Temple specifically touched on was Wilson’s second play, “Joe Turner’s Come and Gone,” written in 1911. Temple said in this play, while August himself didn’t write about religion, the audience can question how the enslaved can worship the same god of their enslavers.

After the talk, Temple opened up to the audience for questions. Chaplain Alex Hendrickson asked, since this book originally started as Temple’s seminary thesis, for whom he wrote his book. Temple’s initial response: people who love August Wilson.

“You know there are people who love August Wilson, and his plays can be very dense….but I also wrote it for people who want to see art through a theological prism,” Temple said.

Jackie Bush ‘18, a family friend of Temple, introduced the talk and said she felt honored to be able to hear him speak of his work in a more professional setting.

“This is my first time getting to hear him speak on campus…it was definitely interesting because normally when I’m with [Temple it’s] around the dinner table or he’s just coming to my house for an event…so it was really nice to see him in a professional atmosphere and to take a deeper look into his work and get more of his insight on what he’s done,” Bush said.

As for Bush’s thoughts on Temple’s book, she admits she is still currently in the middle of reading it but feels his insights are worth reading.

“It’s definitely a very unique perspective and the approach that he took definitely makes it a more individualized way to look at August Wilson and his work,” Bush added.