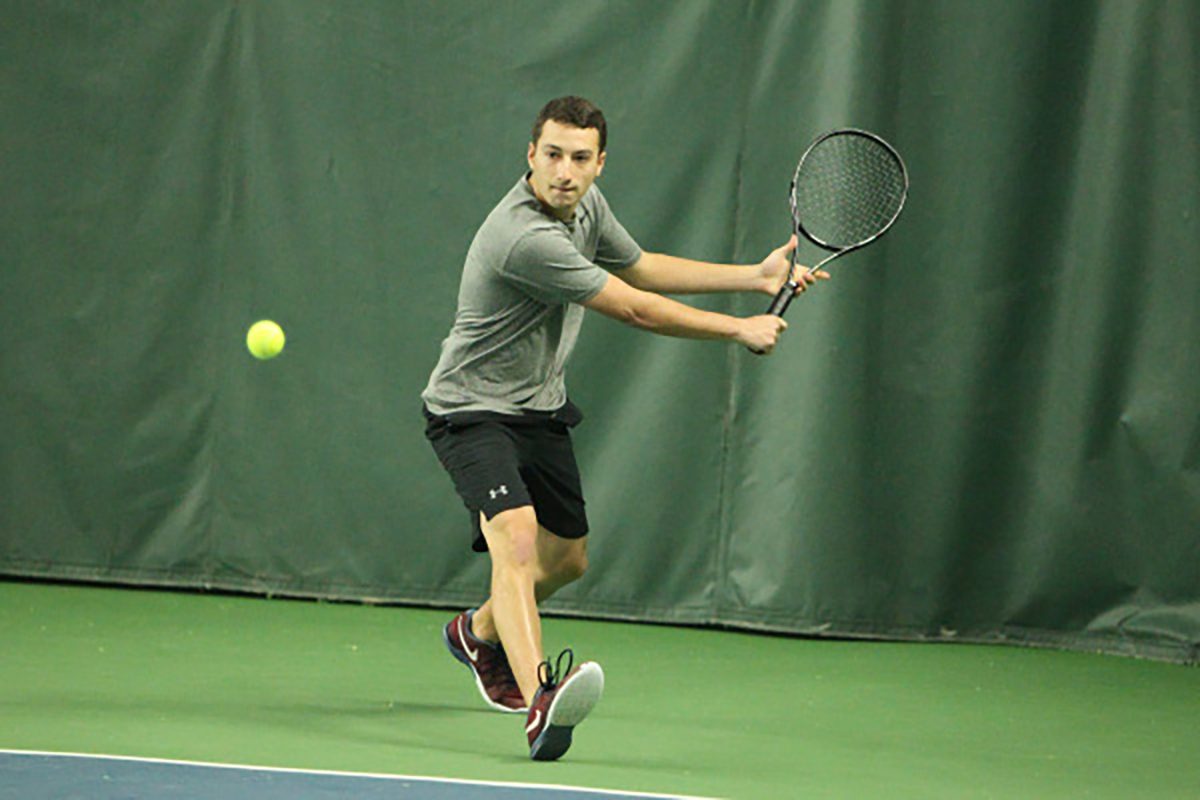 In their season opener, the Lafayette men’s tennis team suffered a loss to the skilled Wagner Seahawks in Easton on Feb. 10. Lafayette lost 7-0 to Wagner in their match.

In the six singles matches, no Lafayette player won a single set against Wagner. Oslan came the closest with his first set going into a tiebreak, which he lost 7-2. After that, there were 6-1, 6-2, and 6-3 losses for the Leopards that handed Wagner a 7-0 victory.

“It was a good out of conference learning experience for us, and we’re looking forward to building on it in the future,” Olsan said. “Wagner is a really tough team, but we felt like we were competitive with them. If we changed a few things along the way, it could have been an entirely different match.”

With the new freshman on the team this year, Yurconic, Daniel Kramer and Baldwin, there is room for the team to grow.

“We’re really lucky to have these guys,” Oslan said. “Our coach, Ralph Van Ormer, did a really good job of bringing these guys in, and these guys did a great job in the fall. We can expect bigger things from them this spring.”

Key games for the Leopards include a matchup against St. Francis in New York on Feb. 25 and against Siena and Delaware University on the weekend of March 4.