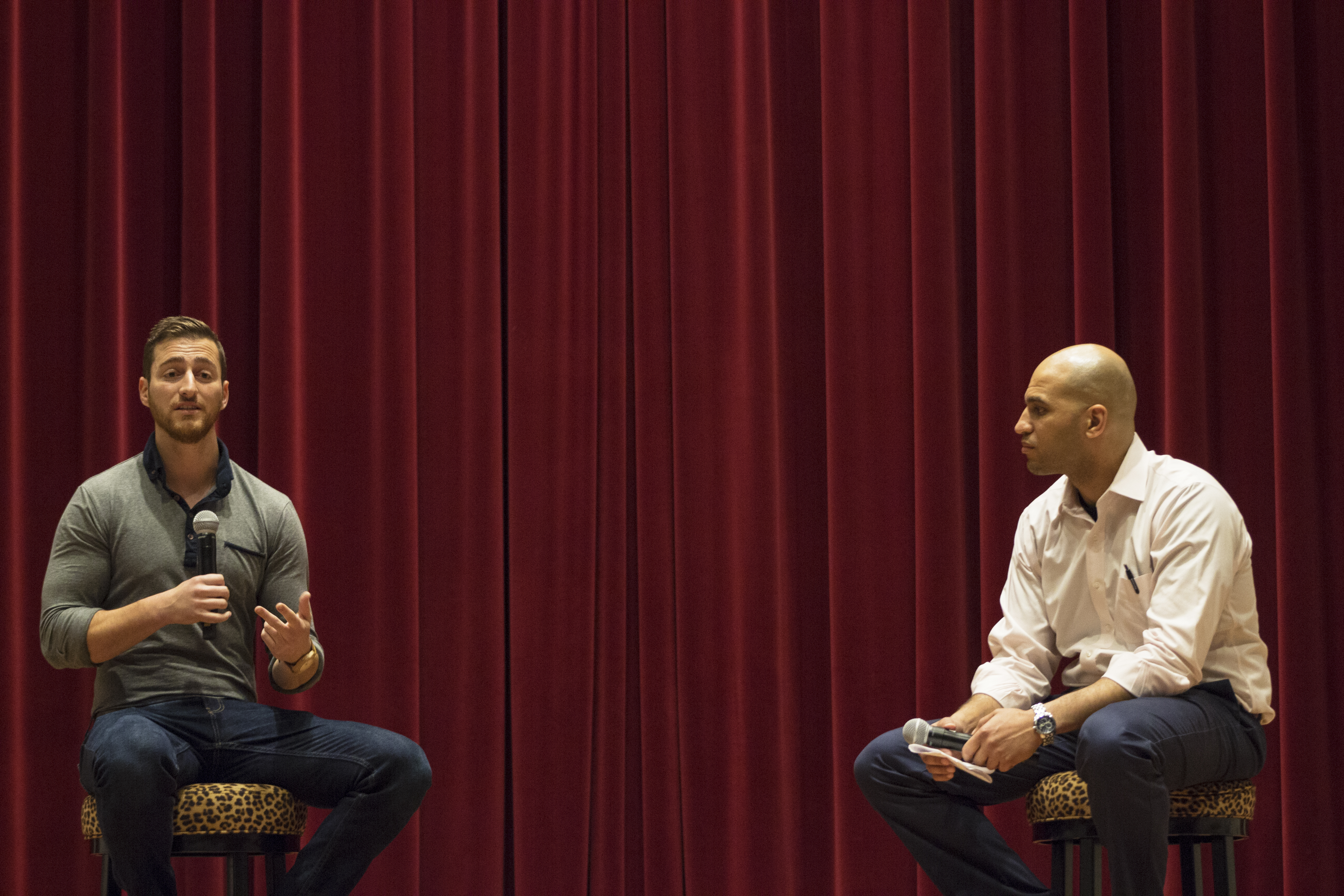 Justin Kamine ‘11 is the co-founder of an agricultural technology company and has been recognized by Forbes for his successful entrepreneurship. Photo by Elle Cox ’21

Just seven years after graduating from Lafayette, Justin Kamine ’11 has been recognized on Forbes 30 under 30: Food and Drink list for his success as co-founder of KDC AG, an agricultural technology company that turns leftover food waste into animal feed and fertilizer.

On Wednesday night, Kamine returned to campus to share the inspiration for his startup in a talk sponsored by the IDEAL Center.

“I’ve always had the question of why society operates the way it does, how to increase the efficiency, and how to improve the economy, engineering, or the technology being used,” Kamine said.

“I looked at all the big figures, the statistics on food waste and had this notion of stepping into environmental and agricultural sustainability, creating a platform across the world to improve these issues,” he added.

Kamine said his current passion has been shaped by a combination of his personal background and his years at Lafayette. During his undergrad years, the policy studies program was just getting started, and Kamine said it encouraged him to look into how the world works and ask questions.

“My family had a business related to solar energy, so I was drawn to that by nature, but I also never stopped thinking about where society was headed, and what I could [do] with my resources to help that track of progression,” Kamine said.

As with any other challenges or goals in life, Kamine believed the path to a successful startup requires focus and perseverance.

“Entrepreneurship is like beating Lehigh one day, then breaking up with your girlfriend the next day. There was one time, I went into meet with an investor and pitched [an idea]. After 10 to 15 mins, he got impatient and had no idea what I was talking about,” Kamine said.

“We all have our bad days, our anxiety and doubts, but we still have to keep on doing what we need to do,” he added.

Daniel Marino ’19, who had no intention of pursuing a career in business or startups, said he still found Kamine immensely inspiring and intriguing.

“I think he was informative. I did not have many thoughts about entrepreneurship before, but he kind of convinced me to look in that direction and lean towards the idea,” Marino said.

Kamine urged his audience to figure out their strengths, then put themselves out into the position where they could optimize those strengths. On top of that, the most essential skill students can develop now is communication.

“Communication is the greatest skill, because it’s transferable to every field. I used to not like public speaking at all, but I pushed myself and became proactive. I did a TED talk, telling myself, ‘If I could do this, I could do anything,” Kamine said.

For Kamine, communication is the key to everything, especially in entrepreneurship, where every conversation is either about selling something or trying to market yourself.

“I once had a lunch date with one of the largest hedge fund guys in New York City, and I was super pumped up. I was taking my time, building up a relationship with him and did not mention a single word about my company. Before I could get to that, his secretary came in saying time was up,” Kamine said.