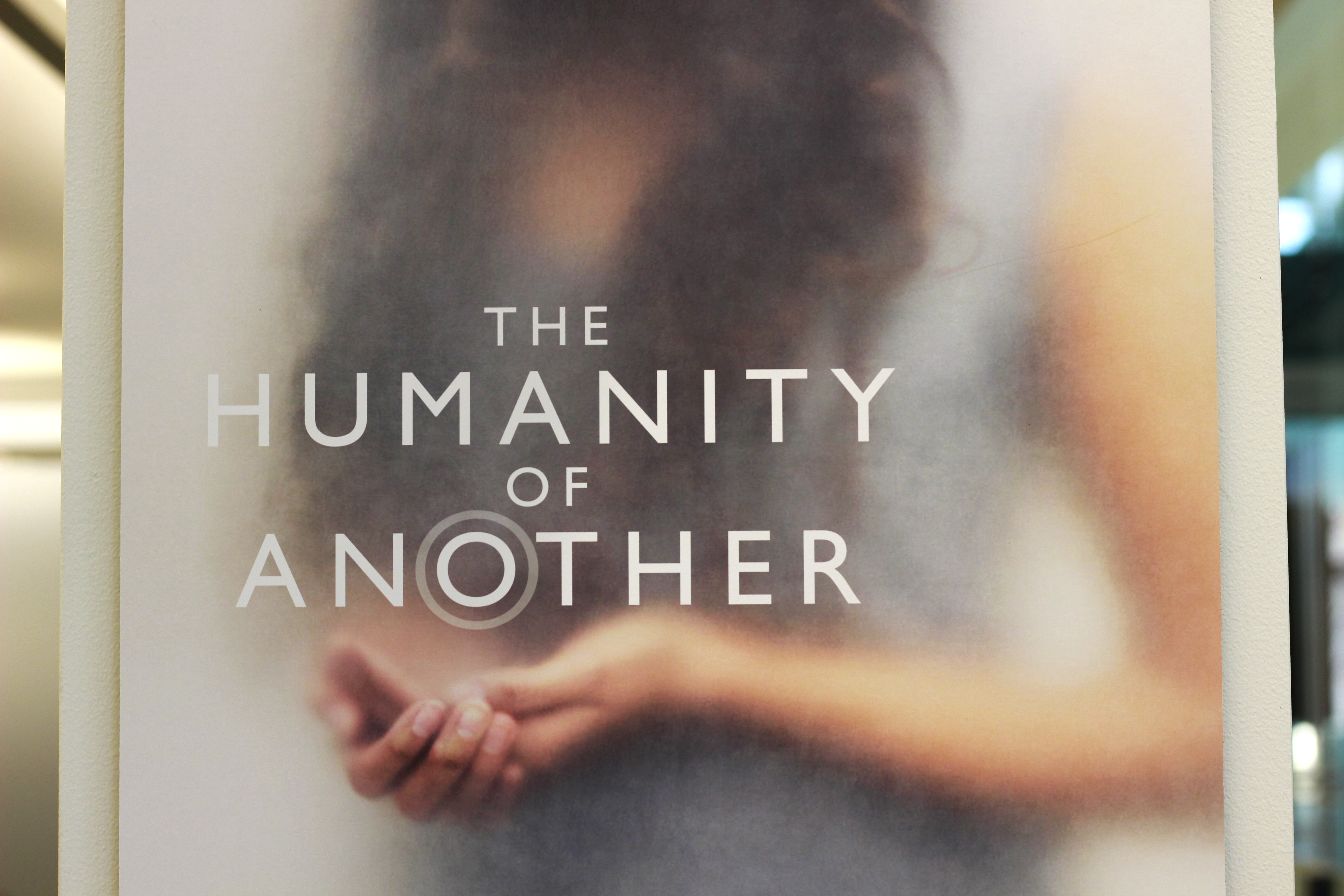 The Lass Gallery showcases “The Humanity of Another”. Photo by Elle Cox ’21

“It is a terrible, an inexorable law that one cannot deny the humanity of another without diminishing one’s own,” writer and activist James Baldwin once said. His quote inspired the Rare Books Cataloger Pam Murray and Director of Special Collections Diane Shaw to name her exhibition “The Humanity of Another,” displayed at the Lass Gallery, in the Skillman Library.

Murray said the exhibition is meant to ask the audience why anyone would violate the humanity of another, as a question of self-reflection. The exhibits ask the viewer to question her or his perceptions about history, identity and voice through presenting different artists’ books which all talk about the issues of inclusion and diversity.

Though the exhibition was meant to surround contemporary social issues such as racism, sexism and xenophobia, Murray said that the topic of diversity and inclusion is too broad and important to narrow it down to any specific issue.

The exhibition consists of a broad collection by artists whose books show the humanity of people.

Murray said that each displayed piece have their own stories and standout for themselves.

“Each tells their own story,” Murray said. Adding that there is and always has been a sense of “us and them” in society, where people naturally form groups within their identities and cause feelings such as hatred.

Artist Ann Hamilton’s “ONEEVERYONE” is the center piece of the exhibition which “emphasizes the commonalities of people in all their manifestations and the power and poignancy of communal exchange,” Murray wrote in an essay about the “The Humanities of Another” exhibition.

Murray said that the division of people has often led to genocide, slavery, and much more.

“[Those] tendencies that led to genocide, slavery … but this exhibition is for the everyday people,” she said.

One of the exhibitions displayed at the Lass Gallery was Clarissa Sligh’s poem “Transforming Hate” (2016).

“We all have a relationship with hate

We single and are singled.

We ache. The out soft underbelly of connections with ourselves is bruised.

Anger and fear mask our discomfort.

I will not meet hate with hate.”

December 1, 1955, in segregated America, Rosa Parks refused to give up her seat to a white person in Montgomery, Ala. Kennedy’s piece shows Rosa Park’s refusal of being seen as different, for Parks was sick of being humiliated. “She was acknowledging her humanity but was not acknowledged by others,” Murray said.

“The Outpour,” a book of photography by Larry Fink was featured as the one-year anniversary of last year’s Women’s March. In the past year, the Women’s March has garnered national attention as a movement by women and supportive men towards gender equality in our society.

Murray said that all the displayed books tell their own stories and there is no way for others to state their opinion or take on the issues better than the books themselves.

Both exhibits are part of Skillman Library’s semester-long projects on raising questions of social justice through artists’ books for students that focus on issues of inclusion and diversity.

Shaw said that Skillman has a very strong collection of artists’ books, and students are encouraged to utilize the resources on campus to study more about these problems.

The exhibits are on the first floor of Skillman Library, near the stairwell corridor, and in the Lass Gallery, which will be open until the end of this spring semester.