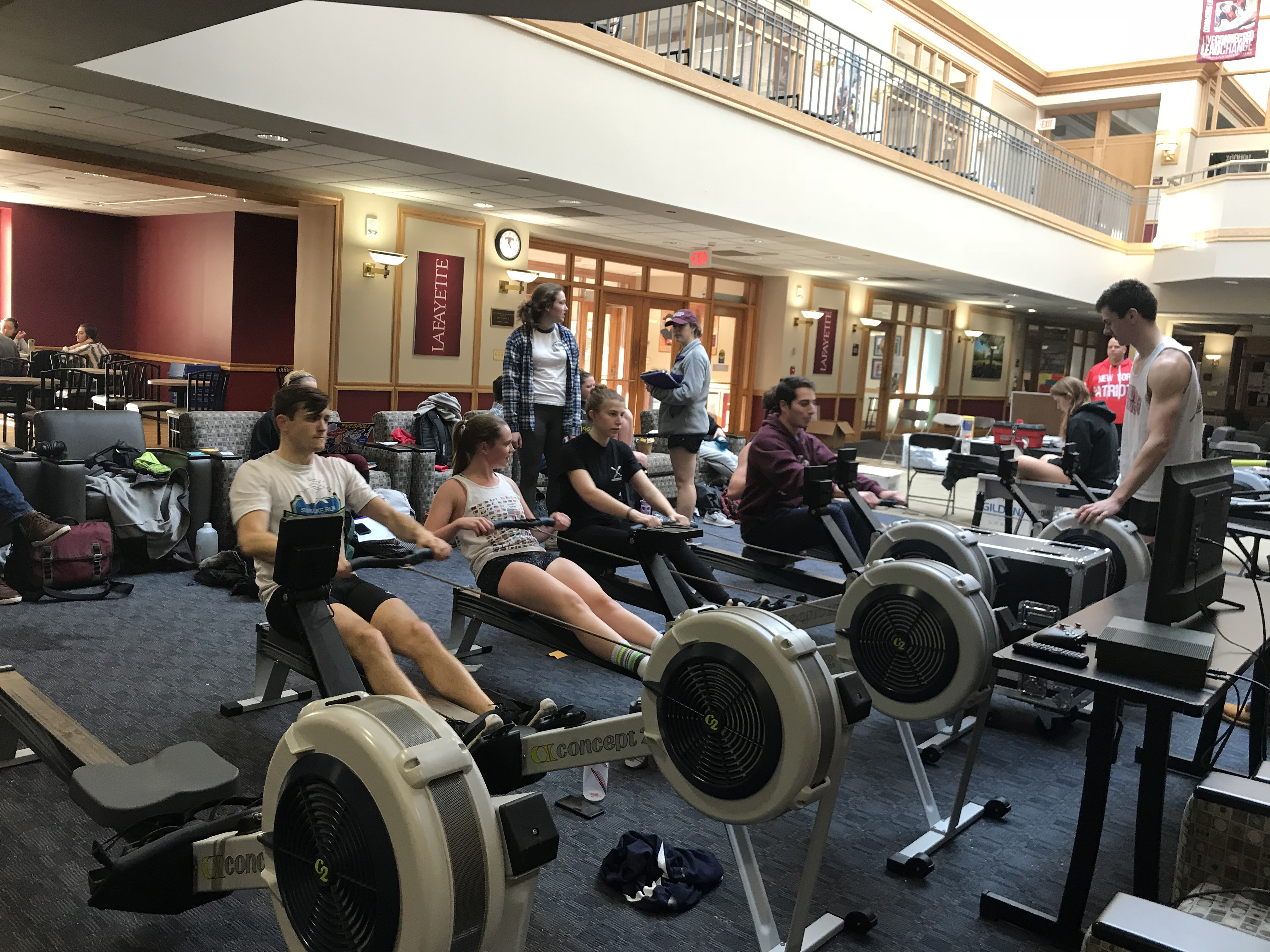 The crew team rowed for 36 hours straight to raise money for their team. Photo by Amy Hewlett ’19

The Lafayette crew team hosted their annual ergathon fundraiser in the atrium of Farinon Student Center on Feb. 19 through Feb. 20. The 36 hours of rowing is the team’s chance to raise money to fund the team, going toward their trips and equipment among other expenses. They raised $7,500 as of print on Wednesday, and the website for donations remains open.

“We’ve been doing this since the team started, and this is our only fundraiser,” senior crew President Emily Smith said.

This is the team’s main fundraiser, apart from their annual letter writing campaign and phone-a-thon. The event helps fund their team’s equipment, as well as their spring training trip to Florida for the 2018 season.

Starting at 8 a.m. on Monday, the team began their event. At least one crew team member was present rowing at all times until Tuesday at 8 p.m, even overnight. Students and faculty members passing by were welcomed to join in and erg with the crew team. The participants were also able to win prizes for their rowing.

“This is also a big recruiting event,” junior rower Spencer Reynolds said. “My freshman year, this was my first exposure to the crew team.”

Every year, the team sets a goal to row two million meters over the course of their 36 hours. This includes participants not on the crew team and alumni who send the team their meters.

To raise money, the team set up a website to gather donations, and they sent letters and made phone calls to alumni and friends of the crew team. The team also sold crew t-shirts at the event for as little as $1.

“Usually we raise around $30,000 from this event, depending on the year,” Smith said.

The ergathon also allowed students learn about the crew team and get a glimpse of their daily routine.

“I think just showing everyone what we do and how we train is my favorite part,” Reynolds said. “A lot of people have no idea that we’re even a team on campus, so it’s cool to show people what we do six days a week.”

The team heads to the Murphy Cup for their first regatta on March 31 at the Schuylkill River in Philadelphia.