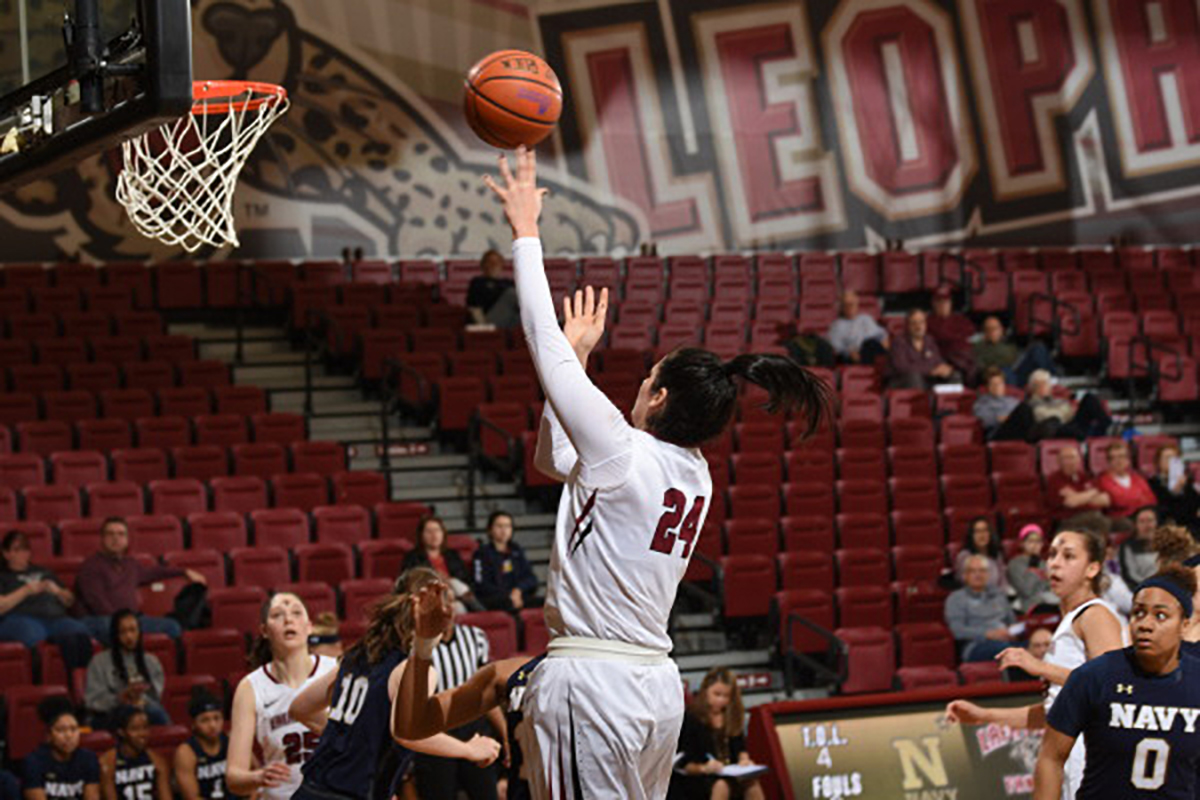 Lafayette women’s basketball hosted Navy on Feb. 14, falling 59-43 in their second loss to the Midshipmen this season.

Even though the Leopard’s performance wasn’t enough to notch the win, freshman forward Natalie Kucowski, recently named Patriot League Rookie of the Week for the fifth time this season, was able to break a freshman record set in 2000. After her performance against Navy, Kucowski has pulled down 261 rebounds this season, the most rebounds in a rookie season and the second highest rebounds in a season in school history.

“Natalie has been a key contributor in all of our games,” sophomore forward Alexis Santarelli said.

Women’s basketball traveled to Baltimore, Md. for their second game against Loyola on Feb. 10. The Leopards beat the Greyhounds 73-64, sweeping the team for the season. This was the team’s first sweep of the season, their first since the 2015-2016 season.

“It feels really good to get a win and then do it again,” Santarelli said. “It was nice to have the realization that we are actually better than this team and we can beat them more than once. ”

Santarelli had her first career double-double, scoring 11 points and grabbing 10 rebounds. Kucowski had her ninth double-double of the season with a career high 22 points and 12 rebounds. Senior guards Anna Ptasinski and Sammy Stipa also scored in the double digits, adding 13 points each to the scoreboard.

“On offense, we knew we wanted to have good execution on all of our plays,” Ptasinski said. “On the defensive end, we knew that they had some really aggressive people so we wanted to make sure that we limited them on offense.”

The Leopards kept a high energy throughout the game, scoring in the double digits in each quarter. The team finished with a season high of 73 points.

“Everyone, even coming from the bench, had really good energy,” Santarelli said. “Everyone was so upbeat and it was a really exciting game to play. When the energy is high, it’s just easy and fun to play.”