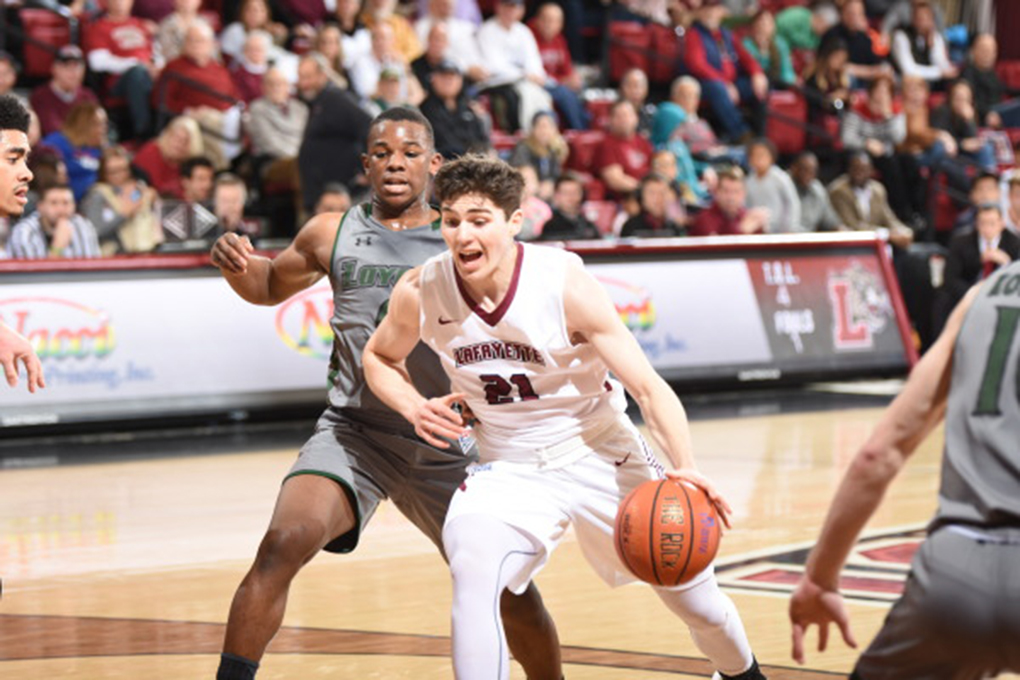 This week we sat down with freshman guard Alex Petrie, recent winner of his third Patriot League Rookie of the Week award. Since we interviewed Petrie, he has broken two freshman records: points in one season and three pointers made in a season. He broke the record for most points in a single game by a freshman earlier this season.

Rediet Siyoum: How has the team performed compared to your expectations so far?

Alex Petrie: We were picked to finish last in the Patriot League, but we still think we have a chance to win the league.

RS: What did you do during practices or off season that you think helped better prepare you for games?

AP: I hurt my wrists this offseason, but when healthy, I was just doing what I normally do–just getting in the gym.

AP: I had to get better, and I still have to improve a ton. Playing at this level against older guys makes you better but I’ve been playing older, better players my whole life.

RS: You broke your high school’s record 83 three pointers in 2016. Are there any Lafayette records you aspire to break?

RS: [Does your twin] play basketball too?

AP: My twin plays college baseball [at Muhlenberg]. We both used to play both sports when we were younger though.

AP: Basketball. [I like the] NBA more so than college, but I watch both.

RS: What are your favorite teams?

RS: Who are your favorite athletes?

RS: What’s something we don’t know about you?

RS: Do you have any pre-game routines or rituals?

AP: I’m not too superstitious, so no.

RS: Is there a senior or older player on the team you really look up to?

AP: I respect and have learned something from everyone.

View all posts by Rediet Siyoum →