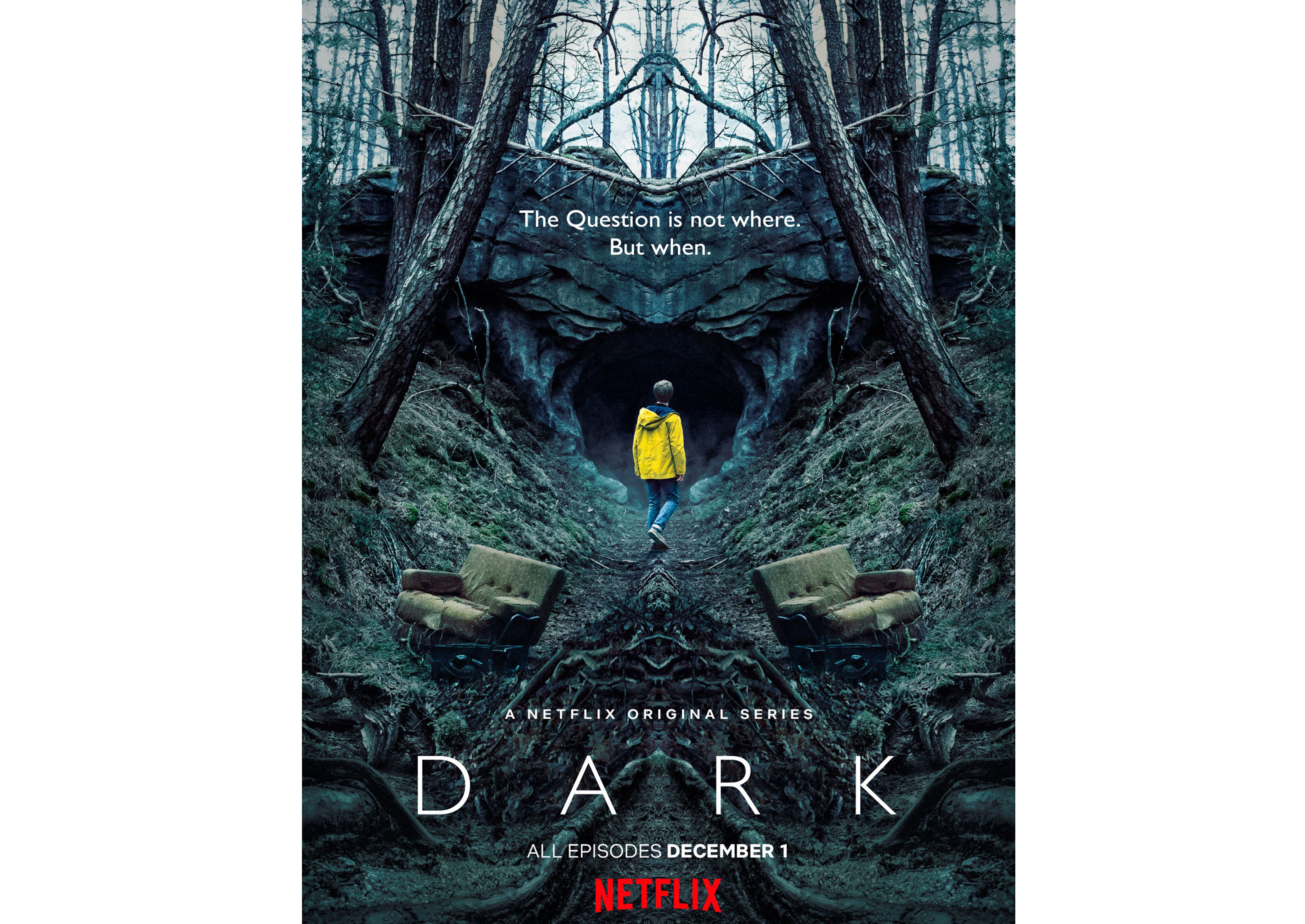 Following the success of Stranger Things, Netflix seems to have taken an interest in the “missing children” genre with German sci-fi thriller “Dark.” Both shows revolve around a child who has disappeared from a sleepy town and heavily feature 80s nostalgia and hysterical parents. The similarities end there. Where “Stranger Things” has elements of humor and moments of lightheartedness, “Dark” well…is a very dark show. It excels at drawing the viewer into its world, even without being lighthearted, simply because of how compelling the plot and characters are.

“Dark” begins in 2019, in fictional Winden, Germany–a rainy, wooded town whose economy is centered around a struggling nuclear power plant. The plot starts off with local children missing, with one child sparking it all, and turns into a mind-bending story about family dysfunction, adolescence, trauma and the feeling that everything happening now has happened before.

The theme of deja vu is prevalent throughout “Dark.” You’ll have to watch the first two episodes to truly understand why, but residents find eerie familiarity with the events happening in present day with events that occurred in 1986 and 1953.

Dark is undoubtedly a strong show carried by its large cast. Oliver Masucci’s performance as Ulrich Nielsen, a cop and father who becomes the central character of the story, is impressive. The trope of an angry, grieving father and husband who separates himself from his family in difficult times is a tired one, but Masucci gives it new life thanks to his excellent acting.

The younger cast has no weak links either. Of particular note is Lisa Vicari, who plays Martha Nielsen, sister of one of the disappeared children. In one scene, Vicari delivers a monologue from the Greek play Ariadne in such an emotional way that the character’s pain and regret becomes real to the viewer. This talent is consistent across the cast. Winden, its residents and its stories truly feel real.

My favorite part of “Dark” was without a doubt the plot. I personally am a big fan of sci-fi, but the story of “Dark” will appeal to even its harshest critics. The sci-fi elements of the story are presented in ways that surprise the viewers, leaving you guessing until the very last episode and beyond. The final episode of the season sets up nicely for a second season which Netflix has green-lighted, but season one could stand alone.

Despite being a German production, the overall show is rife with elements common in the Scandinavian noir genre such as moral complexity, dreary geography and darker sides to personal lives. Fans of shows like “Stranger Things,” “Sherlock” and “Black Mirror” will find similar enjoyment in “Dark.”

The one complaint I have about the show is its a historicity. For a show with such an emphasis on time and space, the moments in the show that focus heavily on 1950s and 1980s Germany seem separate from the world around them. Perhaps that is intentional, but I found myself looking for it nonetheless.

“Dark” is a show that will keep its viewers guessing. Viewers should prepare to be confused for the first few episodes, but I promise that the confusion will pay off when viewers realize what exactly is going on in Winden, leaving them hooked.

View all posts by Caroline Nawrocki →